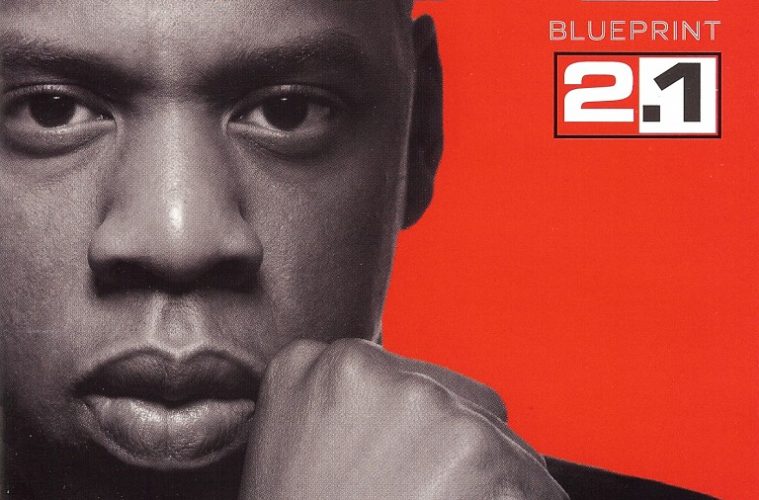 Jay-Z’s back, and he’s bigger and badder than ever before. Well no, actually he’s smaller and lighter. It doesn’t make sense at first, until you try thinking of it as a boxing analogy. When a fight between two great heavyweights is first announced, neither man is necessarily “in condition” to go right then and there. They spend the next six months to a year tuning up and slimming down, dropping excess weight and packing on a little more muscle definition to be lean, trim, and ready to roll on fight night.

Jigga’s double disc “Blueprint 2: The Gift & the Curse” was well received by most critics, but some noted that it was simply too much material for even a legendary icon like S. Carter to carry from start to finish consistantly. True indeed, there were a few spots on discs one and two where the raps were a little lackluster, and as rap fans are prone to do with double albums they griped that a single disc with the best material from each would have been better than both seperately.

For once, somebody in charge actually listened. “The Blueprint 2.1” clocks in at twelve tracks long and just over 60 minutes in length, which puts it in “fighting shape” to hang with any heavyweights on today’s charts. Marketing it as an “upgrade” to the original is a clever marketing ploy, but other than dropping some excess baggage there aren’t any major changes. In fact the first five tracks of the original release are the first five tracks of this new version. Starting with track six you’ll notice the changes – “What They Gonna Do” is dropped for “All Around the World” and the album suddenly switches to tracks from the second disc after that, starting with “Guns & Roses” and going through “Some How Some Way” in sequential order. The album then briefly skips back to disc one for “The Bounce” and closes with Blueprint 2’s bonus track “What They Gonna Do Part II.”

(EDITOR’S NOTE: The album also contains two extra tracks that are tacked on after the end of “What They Gonna Do Part II” that are not listed on the CD’s back inset cover or available as seperate tracks on the album. The extra songs, in this order, are “Excuse Me Miss Again” and “Stop” featuring Swizz Beatz. While these songs do give the CD some new material to partially justify a purchase, neither are the kind of hot shit that a Jigga fan would expect to hear.)

In terms of consolidation, “Blueprint 2.1” was a great idea, but for Jay-Z’s hardcore fanbase something may be a little lacking in the execution. The track order of the songs may have been kept almost exactly the same for familiarity’s sake, but it also smacks of a lazy “cut and paste” chop job that doesn’t come across as a concerted effort to cull the best songs; even though ironically it comes pretty close to doing so even if by sheer accident. At 60 minutes though, the album actually seems a little SHORT now. 14 or even 15 tracks might have been a better choice. This would have allowed room for some more quality songs from the original, such as “Poppin’ Tags” or “A Ballad for the Fallen Soldier.”

Whether or not the idea behind “Blueprint 2.1” will be a success is ultimately up to how many new converts Jay-Z gets to his album by buying this CD. Those who had no problem with buying the original version though will find little to justify buying the update though, unless they are completists who must have EVERY Jigga album in their collection. With the same quality of material that was presented on the original and almost nothing new added, this release is no better or worse than the first – just slightly revised.