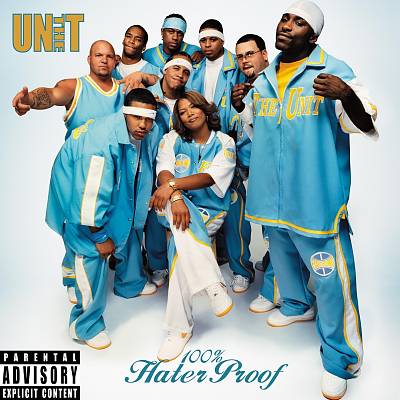 Looking to re-introduce itself in 2002 by way of a new album is Flavor Unit Entertainment. The name Flavor Unit rose to prominence during the ’90s with its influential management branch. Headed by female rap pioneer Queen Latifah and her longtime business partner Sha-Kim, Flavor Unit Managment has handled the careers of hip-hop superstars such as OutKast and Naughty By Nature, to name but a few. In 2000, the record label slash management company celebrated its 10th anniversary with a compilation covering everybody from golden age hip-hoppers Latee and Chill Rob G to soul acts like Faith Evans, Total, ZhanÃ© and Donell Jones.

As Latifah and Sha-Kim prepared to re-enter the rap game, they may have pondered the possibilities of getting noticed in today’s crowded market. It seems they realized that name recognition is the key. Crews, cliques and clans have proven themselves to be a good vehicle to conquer the hip-hop universe. Watch most rappers claim affiliation to some kind of collective sooner or later, whether they’re just getting started (50 Cent to G-Unit) or whether they have to regroup (The Lox to D-Block). Historically, the most successful rap families are linked to a certain label: Bad Boy, Death Row, Ruff Ryders, No Limit, Cash Money, etc. And so the artists signed to Flavor Unit in 2002 (Aposouls, Confidential, The Athletes, Rowdy Rawhz, Storm P, Queen Latifah) make up their own little posse. Thus, The Unit was formed.

Ironically, the history of the Flavor Unit goes all the way back to the beginning of this handy marketing tool. Together with the legendary Juice Crew, the original Flavor Unit was one of the first crews to spawn different acts. With The 45 King, they even had a top-notch in-house producer. One of the reasons people might check for The Unit +today+ (besides wanting to know what Latifah is up to these days) is the fact that perennial hardcore favorite D/R Period serves production duty on “100% Hater Proof”.

Working with the right producers seems mandatory in today’s rap biz. D/R Period may not be that big a name, but his name alone prevents this album from looking completely obscure as far as the music goes. He wasn’t too inspired when he did these tracks, but at least his versatility shines through. “The Unit” features a hearty chunk of rhythmically administered piano chords shaking the simple scaffolding of beats, “Off the Wall” contains an interpolation of the sample that once helped introduce DMX to the masses (on “Get At Me Dog”), the title track has one of those musical elements that invites rappers to mimmick its melody (which they do), and “Give it Up” pairs a low bottom with some trickling keyboard sprinkles. But it’s nothing we wouldn’t have heard before. Neither do the other producers stray too far from the formula of clean club production. Seeing as how the prominently featured Swinga (The Athletes) and Skitz (Aposouls) are part of crews signed to Flavor Unit, these acts are already off to a good start. It’s always good to have someone in your ranks who knows how to make a beat. Both Skitz and Swinga do a good job of giving the beats enough boom and the rappers enough room, lacing their tracks with only a few sparse samples, leaving the rest up to the rappers.

Speaking of: with all these strangers it’s rather hard to distinguish who’s on which track, as neither rappers nor groups appear on the tracklisting. At least the rappers themselves know how important making your name known is, as some of them mention theirs several times. Speaking from a consumer’s point of view, if I have to deal with a bunch of new jacks, I wanna be able to look up who I just listened to. Shouldn’t a label be interested in providing such info? Instead, Flavor Unit opts to tell us what the respective rappers stand for. About Confidential the liner notes read: “They venture into mafia territory, where no rap artist has dared to go.” Really? I heard different. In “Calzone”, Confidential themselves make no mystery about what they have to offer: “This is what we bring in the rap game: / gangstas, big chrome / pizza and calzone / gambling, town cars / and cuban cigars.” As if the rap game hadn’t already enough of most of these ingredients. To the Bronx crew’s credit, “Calzone” doesn’t take itself too serious and you can hear that these guys really +do+ have an Italian background.

Otherwise, Latifah and Sha-Kim stay close to home, keeping “100% Hater Proof” a New Jersey affair. The duo of Skitz and Kixz (Aposouls) and Rowdy Rahz rep Newark, The Athletes Rahway. But when La embarks on the bi-coastal “We Be”, it’s like she wants to show her protÃ©gÃ©s where this rap game can take them. Apart from this solo cut, she drops a few bars here and there. On “The Unit”, she’s just one of the guys, “back with a team and a track that make you fiend 16.” She sings on the pensive “Me”, but like on previous Flavor Unit efforts, she isn’t even trying to contain all the testosterone a bunch of guys like this normally dispenses.

As professional as “100% Hater Proof” may come across, when it comes to the details, some of the decisions made seem rather questionable. Why would they want to remake “It’s All About the Benjamins”? Strangely enough, the beat for “Benjamins 2002” is more reminiscent of “Bad Boy For Life” than of “It’s All About the Benjamins”… “Duz Dat” sounds like a parody of southern rap, until “Street Life” comes along, which blatantly bites from the Dirty South: the chants, the wails, the flows, not to mention the entire beat.

They got a few club bangers as well, “Gutta” and “Off the Wall” being the most valuable candidates. In conclusion, The Unit, especially Confidential and The Athletes, talk a lot of the proverbial shit rappers have in their repertoire nowadays. More 50 Cent than Ja Rule, they’d rather make a sarcastic remark than pour their heart out. But while they seemingly have what it takes, neither one of them leave a lasting impression that would make people take notice.