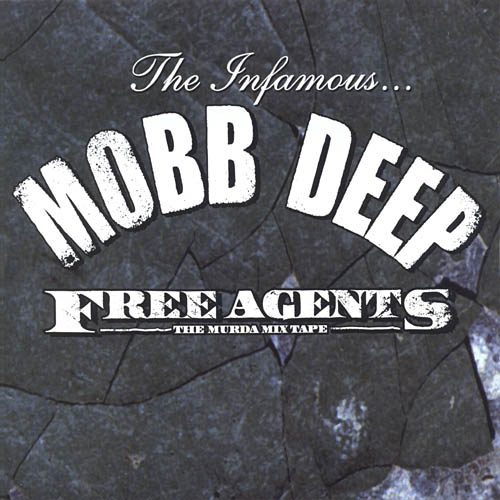 For hardcore rap fans, the word “infamous” automatically brings Mobb Deep to mind. The connotation is far from negative; in fact their rise to ill fame comes on the backs of legendary songs from “Drop a Gem On ‘Em” to “Quiet Storm” to “Shook Ones Pt. II.” Anyone that saw “8 Mile” will know the latter even if they never heard the record; because Eminem freestyles to Havoc’s beat during a battle at The Shelter. When Eminem uses the Mobb Deep hook “ain’t no such thing as halfway crooks” the whole crowd picks up on it and immediately shouts along with him. That’s not acting, and that’s not because they rehearsed the scene multiple times – that’s EXACTLY how a hardcore set of rap fans would react in the same situation. To top it all off, be sure to thank the Infamous for rap slang like “Dunn” and “kiko.” They are to rap linguistics from Queensbridge what E-40 is to verbals from Vallejo.

Beloved and legendary as they are, no group survives solely on the strength of their reputation alone. “The Infamous” was a hip-hop classic in 1995, and “Hell on Earth” was a very strong follow-up a year later, but afterwards the group seemed to be struggling for direction and lost amidst a new era of pop rap that didn’t include their grimy sound. 1999’s “Murda Muzik” was underwhelming, although they briefly recaptured some momentum with Prodigy’s solo record “H.N.I.C.” in 2000. Unfortunately they sorely dissapointed their fans with the mediocre “Infamy” in 2001. Havoc was as always still out there producing tracks for other MC’s while Prodigy was heard doing occasional cameos, but nothing significant from both had been heard for over two years until this “Murda Mixtape” hit in 2003. The fans have to be wondering if the Mobb is still Infamous, or if Havoc and Prodigy are just plain famous now without the “shock and awe” their new records once had on unsuspecting listeners.

Mobb Deep are using this “Mixtape” as the opportunity to re-establish themselves, both with the long hungry fanbase and a new generation of rap fans that don’t know their steelo. They also take the time along the way to pay tribute to those who inspired them, Eric B. & Rakim, with “Paid in Full.” Many have heard the countless cover versions of this song by now that use the same beat, but for this one Havoc crafted a whole new gem that gives both him and P freedom to reference the old without being hidebound to reference every single line of the original. It’s a refreshing approach, and Prodigy’s lyrics prove that it pays off:

“Have patience, we can’t though, we need paper
Like thirty-five million’ll straighten us up
It’s nuttin for us to make these songs that bump
Shit that out, then tour for like six months but..
This can’t be life, this can’t be all there is for us
We need more cream to splurge
Thinkin back, how we used to pick herbs
Me and Hav’ in Manhattan, stickin up cowards
for they wallets and Starter hats
For anything worth somethin, we beat ’em out of that
But fuck all that, we grown men, we need Porsches
We need Porsche endorsements and more shit
Yeah Dunn, that sound righteous
I feel stressed though — so I just
hop in my truck for a drive
Bring my nine, cause that’s how I stay alive”

This album is full of such treats. Havoc and Prodigy light up “What Can I Do?” – a song that many will either recognize from it’s old school sample or it’s use in the hip-hop classic “Deeper” by Bo$$. “It’s Over” is equally classic, a swinging groove that’ll put a smile on your face if Prodigy lines like “See the God, big ol’ chains, but can’t stick him; cause they know I shoot niggaz like Slick Rick and them” don’t. On the Alchemist produced “The Illest” though, Havoc gets just as much shine and shows his wisdom over a slow deep pounding bass and symphonically constructed backdrop:

“Made it out the projects, against all odds
Went from, ridin these trains to coppin expensive cars
And even so, all this shit don’t make me better than y’all
It only means that I work harder than the average nigga
Never sat around for handouts, I watched and observed
Then quickly rubbed my eyes, if my vision got blurred
I coulda sold drugs (yea yea) ’til I got bagged and jailed
Out of sight, out of mind, niggaz locked feel me like braille
(Feel me) While everybody was chillin
I was broke like a motherfucker, loyal to my vision
Knowin that I’d be on top or somewhere close to it
Nigga, my livin quarters’ll be the thing to prove it!
And vowed once I got there to never ever lose it
Let my, head get big and slack off on my music”

Clearly this is the kind of shit that the Mobb’s mob have been waiting for. Songs like “Narcotic” are aptly named – the scratchy sample, ominous backdrop, and brutal lyrics are deeply addictive. Some might take issue with just how vicious the song is, but the always eloquent Ice-T explains it well in the intro “This is Not Supposed to Be Positive” with these words: “This music is negative because the streets ARE negative, y’know? So, in the record, you’re gonna hear violence, you’re gonna hear aggressive behavior […] y’know, that’s like telling somebody like Stephen King ‘Well make a horror movie with a happy ending’ they don’t HAVE happy endings, it’s a horror movie it’s supposed to end horrible!” While Ice’s point is well taken, he also misses out on an important fact – gangsta rap IS positive if it directs negative energy into more healthy forms of expression like music; even more so if it brings joy to the listener through the beats and rhymes. Songs like “Clap First,” the S.C. produced “Double Shots” featuring Big Noyd (the closest thing to a “party song” any Mobb Deep track may ever come) and “Let’s Pop” featuring Dog (of ACD), or Havoc re-interpretations of classic beats like “Came Up” the album is bound to make you smile again and again. By the time you reach “Don’t Call Tasha” at track 16 both hip-hop and Mobb Deep fans will be well satisfied with their new set of material.

Oh yeah, it ain’t over motherfucker. Just when you though the Dunns were done, Mobb Deep has a special bonus selection of “classic freestyles” as mixed by the New York street tape impresario DJ WhooKid. You may not have known the names of these tracks before now, but they’ve all been named here: the illy dark “Cradle to the Grave,” a “Tough Love” rap sampling from a banging Mobb beat, the aptly named “Can’t Fuck With Us” and freestyles set to the beats from their classics “Right Back at You” and “Shook Ones.” What could have been more appropriate than to end the album on that note? It brings Mobb full circle, with Havoc’s track and his braggadocious rap attacking lesser MC’s that just aren’t as Infamous:

“As I look to the sky and ask God why he put me here
I know why, to have you cowards shook, runnin with fear
See that glare in my eyes and my focus clear
I’m that head coach, benchin you rookies and fake players
Only spit, collector’s edition shit
So in a few years it’ll be ten times what you spent”

Prodigy’s not to be outdone though, with a rap that’s a humerous and unofficial “Dreams of an R&B Chick” part deux:

“I’d rather, beat my dick than go the R. Kelly way
I’d take Felice for nine and a half weeks
Fill it back, pourin Henny on her ass cheeks
I fucked Missy in that Lamborghini
Give Foxy the ecstasy without the pill, see me
I give Alicia Keys quickie while she on tour
Nuttin’ but +Gangsta Love+, then I take a flight home”

The funny part is, after fifty-five minutes of all this, the shit STILL ain’t over. Don’t forget to reach inside the jacket of this CD, because inside you’ll find “Free Agents: The Bonus Disc.” You’ll find tracks such as “Burn Something” which was on a recent WhooKid retail CD, a “Get Back Remix” with Big Noyd, and SEVENTEEN MORE SONGS. Naturally the focus is on up and coming Mobb affiliated artists like 1st Infantry, Noyd, and the Infamous Mobb; but as a special treat several other songs featuring Mobb Deep members are included for your listening pleasure. Among others, this includes underground smash hits like Cormega’s “Thun & Kicko” (there’s a million ways to spell the Mobb-istics), Kool G. Rap’s “Where You At?” and even an unreleased version of his “Thug Chronicles.” Don’t forget to 1st Infantry’s all-star “Fourth of July” though, produced by Alchemist featuring Evidence and Prodigy.

There’s an amazing plethora of material on these two discs, and most stores are offering it at the unbelievable price of $9.99. It’s easily worth twice as much. Rap values like this don’t come along that often, and neither do rapper slash producers like Havoc who excel at both or deep voiced grimy MC’s like Prodigy who tell street narratives but entertain and show wit and intelligence at the same time. The two have been an outstanding duo for over a decade, and by leaving Loud Records and inking a new distribution deal with LandSpeed these “Free Agents” prove that time off only got their game back to fine form. It’s like Jordan’s return, only better.