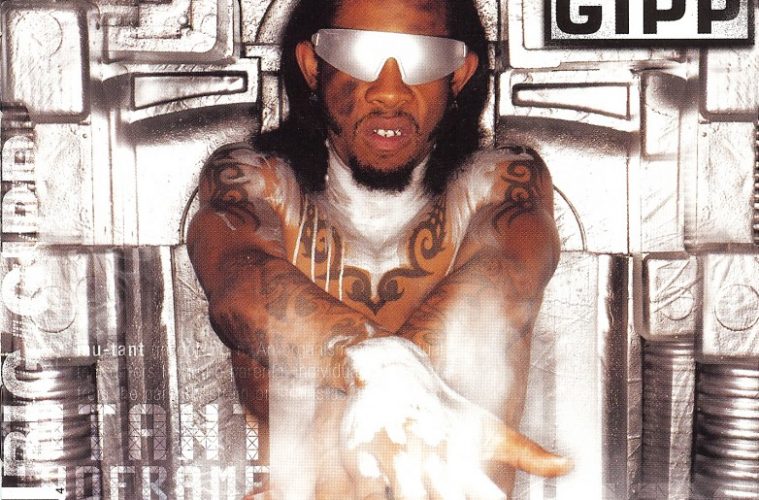 “Never see a brother like me go solo.” Words uttered by the great Chuck D. Then he released the album “Autobiography of Mistachuck.” Contradictory though it may have seemed, nobody really minded. Although legendary in the rap field, Public Enemy’s status as a group was never very stable anyway. Professor Griff came and went. Flavor Flav came and went – usually in and out of rehab. By the time Chuck’s solo hit the market in 1996, he was more iconic than the group he made famous anyway. Although he subsequently returned to the fold, the point seemed as clear to rap fans – one man in the group is always the alpha male. Q-Tip was the alpha male of A Tribe Called Quest. KRS-One was the alpha male of Boogie Down Productions. Busta Rhymes was the alpha male of Leaders of the New School. Et cetera.

Up until this point, most people thought the alpha male in the group Goodie Mob was Cee-Lo. Collectively the Goodie Mob have always been a fan favorite, but Cee-Lo made up what he lacked in stature by being the most energetic and enthusiastic member of the group. His voice rang out like a fiery minister on Sunday morning, and his combination of street smarts and higher learning made him the natural spokesman. Listeners have been checking for Cee-Lo on a track ever since OutKast told us to “Git Up, Git Out” and get something. Quiet as kept though, the group had another potential alpha male in the pack. Big Gipp was also on that track, and though he may not have had as high a profile as his boisterous Goodie Mob cohort, Gipp brought us up to speed on the soloist idea with cameos on songs like DJ Hurricane’s “Connect” featuring Pharoahe Monch and Xzibit.

With “Mutant Mindframe” Gipp makes his bid to be the new alpha male. On the single “Boogie Man” though he does harken back to his Goodie Mob group “Black Ice” style by slipping in a “woke up and seen the sun sky high, sky high” reference. The song has nothing to do with creepy monsters whatsoever – it’s really just an ode to the funk, funk meaning sexuality.

Gipp’s voice walks the line between a green monochrome and a 16 color display; that is to say that while it does achieve variance the range is limited. In those confines though Gipp is still a decent writer and verbalist on the mic, and in his own words just a little bit “Strange.”

“Y’all women love Gipp like Billy Dee in the 70’s
So much flair, I do it like Fred Astaire
Flex with divine heat, mo’ outfits than Liberace
Jingle jangle from the end of my clothes”

And Gipp is a little bit of a bastard too. “3 Wordz” is his ode to being something less than a sensitive man, although technically speaking the words he’s referring to are “I love you” – but we’ll let him tell the story:

“Sometimes I just wanna grab you by your hair
Pick your body up, and throw you outta here
I’m tired of my stratosphere not bein clear
See my dear, we really got problems
Went to a shrink named Ms. Liffin
Tryin to see if she can help me direct affectment
Arguin and fussin and backyard cussin
I’m always out late, bitch I’m hustlin”

Unfortunately Gipp’s bid to be as recognizable as Cee-Lo may not succeed here. One problem is that the production on “Mutant Mindframe” is spotty at best. DJ Speedy succeeds at times on songs like the single “Steppin Out,” which seems inspired enough to energize Gipp’s flow and give life to Sleepy Brown’s guest vocals on the chorus. At other times his work is technically sound but fails to generate interest on songs like “Choppin Through the Night,” “Wild Out” featuring Slimm Calhoun and cliched crossover sound of “These Times.” Other producers like Andre 3000 and Jelly Roll pop up for a track apiece, and while these songs are highlights they don’t compensate for the album’s other problem – Gipp’s lack of personality. That’s not to say he has none, but he clearly benefitted more than Cee-Lo did from being in a group where his role was just to turn in one verse per song. Gipp still has an attention getting voice which could make up for it, but his diction often gets in the way. It’s not the accent, because his Southern cohorts in the Dungeon Family are much easier to understand. Gipp is either too close to the mic, or not close enough, but he doesn’t seem to project his voice either way. Think of great lyricists whose voices could command attention with or without a microphone like the aforementioned rappers Chuck D, KRS-One and Busta Rhymes. You won’t be putting Gipp in their category.

This is not to say Big Gipp’s “Mutant Mindframe” is not an enjoyable album. The rowdy “Let’s Fight” could get any club krunk, “Zone Three” is a funky spoken word style song featuring Big Rube, “Make it Happen” has the perfect catch phrase and a pounding beat, and the slinky “All Over Your Body” featuring 8Ball could be just what you need to get your freak on. It’s clear though listening to this album that although Gipp is a star from the Goodie Mob, he’s not a rising star OUTSIDE of that collective. Some people are the KRS-One when they go solo, others are the D-Nice – good in short bursts but not remembered in the annals of rap history as a solo star. Cee-Lo’s alpha male status in Goodie Mob remains largely unchallenged.