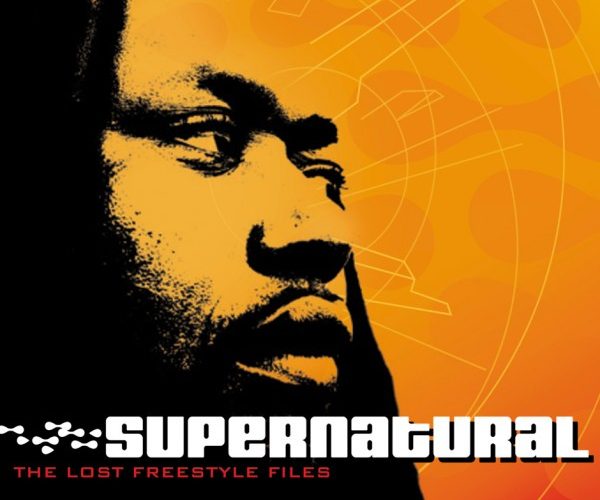 Over the past couple of years the media, in both print and film, has examined the life of battle rappers and how they operate much differently than record-deal rappers. It often comes down to the same conclusion: battle rappers don’t cross over into the mainstream because a) they don’t know how to compose and structure a song and b) they cannot capture the intensity of their live show when they get in the studio.

The Lost Freestyles from Supernatural, one of the better known and respected battle rappers, succeeds because it doesn’t really try to be an LP: Think Nas’ The Lost Tapes except more raw and unrefined. This CD isn’t for Jiggameisters or even Eminem-fanatics. It’s for people that like shit live, bad acoustics and all. Five of the twelve cuts are studio-produced, and one of those is a freestyle. Highlights include two early-90s freestyles from the Bobbito and Stretch Armstrong show and a nice freestyle from DJ Riz’s weekly NYU radio show.

The pinnacle to the 70-minute CD are the two hella-long middle cuts: Clash of the Titans, an uncut recording of Super’s battle against legendary Juice Crew member Craig G at the New Music Seminar, and the spectacular Get Ready To Rumble, Super’s battle against freestyle nemesis Juice. These aren’t the cut-and-dry battles you saw in 8 Mile where MCs politely take their turns getting dissed: this is some going for the jugular shit where artists get personal real quick. Listening to this made me wish I was there to witness the history being made. Super handles Craig G OK, but it becomes obvious that Juice knows all of Super’s weakspots, making the latter battle harder than steel:

Juice:
“Yo I’ma test ya, J-U-ICE is fresha
Who’s the motherfucker who got dropped off Elektra? {*audience screams*}
I think it’s Supernatural
Didn’t sell a record and that bullshit is actual
Everybody want him, nigga? Then let’s sing the lyrics to this nigga’s very last single
I just wanted to poll ’em, don’t nobody sing him because don’t nobody know him
Who is he tryin’ to be? A lot of nigga’s think that they fittin’ to fuck around with me
I tell him like this: He wants to sell the bunches?
He couldn’t do it if he sucked the whole line of the judges”

Supernatural:
“Loud and clear, these freestyles will protect ya
He’s saying that I’m an MC that got dropped off Elektra?
Yo, that was cool, you tried to dis me
But I bought your wax and I used it for a Frisbee (crowd roars)
â€¦
You can hear the next punchline that I rhyme
This cat named Juice? Yo, he’s all on mine
Now, if I lose this battle, I’ll hold the grudges
Yo, two times he said that I was suckin’ judges
Yo, one time, I’m workin’ magic
Yo, why are you talking about their dicks? You must be a faggot”

Another great moment is The Live Show, a recording of Supernatural opening up for a Wu-Tang Clan concert. After a few minutes of listening to the cut you’ll understand why Super is revered in most hip-hop circles. The only missteps unfortunately are on the studio-produced songs: Cosmic Slop has an interesting The Matrix-flavored vibe, but Super’s rhymes aren’t cohesive, and the DJ Rhettmatic-produced Internationally Known has an incredible beat, but Super still doesn’t bring the heat. Furthermore, Work It Out, with Jurassic’s Charli 2na, Akil and Marc 5 and Dilated Peoples’ Iriscience, has great guests, but never goes past alright. However Suckas, featuring Jedi Mind Tricks’ Vinnie Paez, is an incredible showcase over a life-threatening beat:

“I can no longer sit back and hold my tongue
Now I’m going to speak over God’s war drums
How you fuckin’ with me? I’m one of Shongo’s sons
You drew first blood, I can’t forget this one
You think I wouldn’t strike back? You must be dumb
In a jungle of guerillas you can’t survive our firms
Like a platform full of pigeons you’re nothing but a scavenger
Should’ve sent me a pro, but instead they sent an amateur
The ultimate fight: Godzilla versus Gamora
We can do it live, pay per view in front of camera
Trapped inside your home with the war closing in
You lost your mind, your brother, some of your best friend
Your whole crew around you is nothing but yes men
Liquid-acid flow that burns through skin
You used to have light, but it’s now grown dim
After I finish this, they won’t remember him
I am like a monarch, while you are just a peasant
It’s time to impeach the leech, stop livin’ off my essence
I bet you hear things that go creep and bump in the night
I’m one of the reasons why you ain’t sleepin’ at night
You like milk that’s gone bad, spoiled by the fame
Since you infatuated with fire, here’s the flame!
And after this life I hope you maintain
Never forget that I’m the nicest in the game!”

What you’re getting is standing room only, sweaty nightclub, someone just happened to be recording shit: A perfect introduction to Supernatural. Just skip the studio tracks.