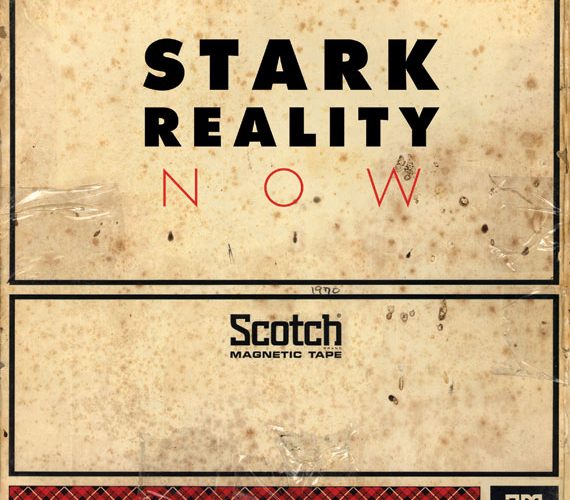 The first time I heard Miles’ revisionist “Bitches Brew” my scalp twisted into a convertible. Miles flipped my wig with those compositions. The sound on that groundbreaker was peculiar and extraordinary, compelling and mind-blowing. The same can be said of the Stark Reality anthology, “Now.” Stones Throw Records has decided to give true heads, novices and beat junkies a glimpse into the fascinating world created by Monty Stark (vibraphone), Phil Morrison (bass), Carl Atkins (reeds), John Abercrombie (guitar) and Vinnie Johnson (drums).

As part of their funk re-issues, Stones Throw is putting out cuts from “The Stark Reality Discovers Hoagy Carmichael’s Music Shop” (AJP Records, 1970) together with some previously unreleased material on the disc. The original music was composed by jazz legend Hoagy Carmichael Sr., and his son Hoagy Bix Carmichael Jr. collaborated with the Boston TV station WGBH to work on an “educational television program that would focus on” Hoagy’s children’s songs that he’d composed in the 50s. Some crazy cat, an “Oklahoma-reared youngster” named Monty Stark who fronted his ‘fledgling band,’ The Stark Reality, joined forces with Bix Carmichael and they all sought to give the “songs a contemporary work out.” Thus, spawned the title of the LP; “The Stark Reality Discovers Hoagy Carmichael’s Music Shop.”

Dig this – in a letter Bix Carmichael wrote to his dad upon completion of the LP, he wrote: “Enclosed you will find what I hope is one of the most unusual treatments of your music that you have ever heard.. Monty is on vibes (vibraphone) and also did the vocals. He also did all of the arrangements. You will also hear drums, amplified bass, guitar and vibes.” Bix then goes on to describe the different contraptions and gizmos utilized “for some of those strange, almost string sounding, sounds.” The legend’s own kid attempts to describe to his dad what they done did to his music. Though full of confidence, he closes the letter to his old man by stating, “I think you will be happy with what we are doing, as I can tell you we are having a ball doing it.”

From the opening track “Junkman’s Song,” the listener is sucked into a wormhole and transported to a place where the music plays as freely as wisps of smoke. Stark Reality’s group members describe their playing style as ‘free jazz,’ as a means of showing their ‘improvisational style’. Their phonic exercise has also been depicted as “psychedelic jazz-funk” by other aficionados. The only way I can see fit to explain this aural poetry is ‘Brownian Motion music.’ Scientists define Brownian motion as the movement of “small particles as they are randomly bombarded by the molecules of the surrounding medium.” The effect created by this phenomenon is a random, unguided, haphazard movement of an object. Stark Reality seemingly plays in this manner, which is illustrated superbly in the second track “Thirty Days Hath September,” where Stark goes to town on the ‘vibes,’ and then the grammar is flipped as he starts to ‘croon’:

“How many days in the weeks?
How many weeks in the year?
I’ve learnt that lesson
But I’m still confessin’
The following isn’t too clear…
Thirty days, hath September
April June, and November
All rest, have thirty one
Except that quiet and dreary… February
Which has twenty eight, most of the time
But in leap year twenty nine…”

You gotta hear it to believe it. Stark’s “colorful, distinctly Midwestern patois” literally ships you deep into the subconscious of his mind, and you get a hold of whatever it is they tryin’ to say. On “Rocket Ship,” the answer will become more lucid when you hear Stark tryin’ to hit the high note.

Words simply cannot encapsulate the listening pleasure that this album is. Do not hesitate to cop it as it will broaden your music horizons. I’m willing to wager that after a listen or three, you may find yourself singing along ‘Sesame Street-style’ to the drawl of Monty Stark, while your ears are bathed in the “swinging jazz rhythms” and “deep funk grooves” of The Stark Reality. This is marvelous stuff. Go an’ get it.