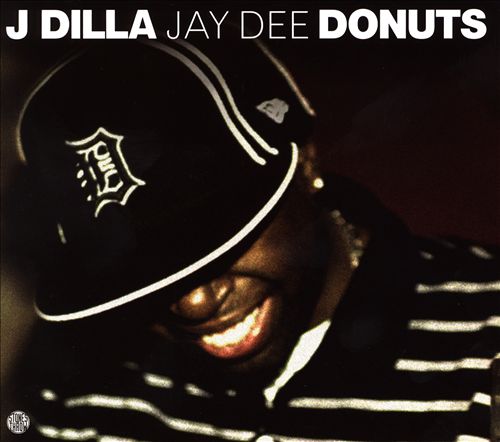 Sometimes in life you just can’t win for losing. James Yancey worked as hard as any beat producer in the rap game. He made his childhood friends from Detroit into a household name as Slum Village, created sonic masterpieces as part of collectives like Ummah and the Soulquarians, done singles and remixes for everybody in hip-hop from Busta Rhymes to The Pharcyde, and still couldn’t get any respect. In fact merely mentioning Jay Dee’s name on many message boards was enough to start a bitter fight between the “underground heads” and the “commercial cats,” something I noted in the opening words to my review of the SV album “Trinity.” Ironically it was with that album that Jay Dee left the group, ostensibly claiming to be tired of the demands of touring, but speculatively also tired of not being given his props due to the fact his music was perceived as too elitist or too “backpack” for the mainstream.

Little did any of us know at the time that his departure was only a small part of a much bigger picture. Jay Dee did go on to acclaim as a producer after his departure, working with producer Madlib on the acclaimed “Champion Sound,” producing for popular hip-hop and soul artists like Common and D’Angelo, and releasing underground beat tapes which promoted his sense of musical style under his new name J Dilla. Unfortunately during this time Dilla’s health was slowly deteriorating. It was little known in the hip-hop community that James Yancey had lupus nephritis, a disease which can lead to terminal kidney failure, but which also has the less obvious side effects of making one appear tired and fatigued – something one could easily mistake for the fact Yancey worked so damn hard. Sadly the disease finally caught up to him on February 10th, 2006 – just three days after the release of the “Donuts” album reviewed here. It was the first J Dilla “beat tape” to be given an official commercial release, but will certainly not be the last.

One of the many things that will be missed about Dilla in the years to come is his wry sense of humor, evident from the very beginning of this album as the first track is “Donuts (Outro)” and the last track of the album is “Donuts (Intro).” Things move quickly into “Workinonit,” the longest track on the entire CD – all of the rest are under two minutes. It definitely deserves to be the longest, as it’s also one of the funkiest on the entire presentation. Dilla seamlessly intergrates a variety of sound layers and audio samples, chopping up guitar riffs and vocal sounds to the point you would be hard-pressed to identify the sources, not that you would care whether or not you could. The entire presentation is a hip-hop headnodding vibe worthy of DJ Shadow, MF Doom or RJD2, artists who themselves would no doubt recognize Dilla as a contemporary after hearing this CD.

Dilla may have been known better for his beats for other MC’s, as well as his occasional turn on the M-I-C over some of his gems, but on “Donuts” he eschews both guests and rhymes in favor of a pure audio presentation. Dilla’s inspirations were as vast as his creativity. You can hear old school rock and soul in the short but funky “Light My Fire,” a hilarious swinging vocal chop of the Beastie Boys on “The New,” and echoing vocals proclaiming “it’s dat real” over the soft feminine vocals of “Stop.” At one point the singers proclaim that “you better stop, and think about what you’re doing,” and with expert timing Dilla chops the beat and makes it “stop” to emphasize their point. It’s that sense of interplay with his beats that made Jay Dee a master of his craft – they were an interactive experience that both soothed the soul and sparked the mind, a quality that will be missed in years to come as imitators try in vain to duplicate his sound and yet completely miss out on the substance.

With 31 different short instrumentals making up this album, it’s almost a little unfair to single out individual experiences. Picking any one of them and listening to all the rest afterwards would be just as enjoyable as listening to them in order, and that’s perhaps another sly dig on Dilla’s part by having the “Outro” first and the “Intro” last. Dilla certainly wasn’t afraid to incorporate technology into his craft, and he may have recognized as much or more than anyone that this beat tape would be stripped of it’s straightforward A to Z presentation once ripped to a PC or uploaded to an iPod. Just like “Donuts” themselves, this album can be enjoyed in a lot of different ways. You might want to take it in the order he presented like picking up one chocolate glazed after another, or you may want to go totally random – from the slightly bitter cream of “One for Ghost” (which you will recognize right away as “Whip You with a Strap”) to the jelly-filled funk of “The Diff’rence” to the sugary R&B sweetness of “Don’t Cry” to the hard crunchy horns of the aptly named “Gobstopper.”

Take these “Donuts” any way you like, but the best part about them is that you won’t have to go to the store for more – you can play them again and get your fill of his musical goodness any time. It’s a little sad when you reflect on the fact he created these tasty treats but didn’t live long enough to see us enjoy them, but if there’s karma in the universe people will stop arguing once and for all about what Jay Dee’s music was and enjoy it simply for what it IS. I think that’s what he would have wanted. Years from now these “Donuts” will still be just as fresh as the day they first hit the store – there’s no expiration date.