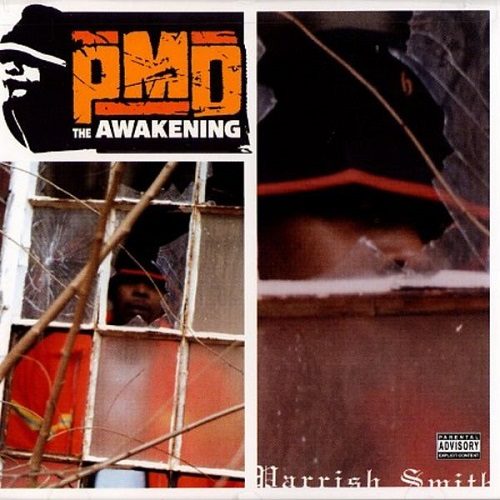 If there was a complete opposite to the hip-hop “most anticipated release of 2003” cliche, it might be this album. That’s not to question PMD’s importance to hip-hop in any way though. As one half of the legendary hip-hop duo EPMD, Parrish Smith helped pen and perform legendary rap tracks like “You Gots to Chill,” “Get the Bozack” and “Crossover” among others. The hip-hop nation practically went into apoplectic fits when Erick ‘E-Double’ Sermon and PMD announced they were splitting up. While Erick rebounded nicely with well-received self-produced solo albums like “No Pressure” and “Double or Nothing,” PMD’s attempts to continue the EPMD “Business” legacy with solo LP’s like “ShadÃ« Business” and “Business is Business” fell largely on deaf ears. As a soloist, P seemed to be lacking something, and it wasn’t just Sermon’s funky production on beats – it was more that he sounded unenthusiastic and bitter.

While briefly reuniting for 1997’s “Back in Business” gave up the ghost of better days gone by, 1999’s “Out of Business” was ironically appropriate. Any enthusiasm the fans had for EPMD of old quickly evaporated as the duo buried their own legacy by trying to change their name from “Erick and Parrish Making Dollars” to “Erick and Parrish Millenium Ducats.” No one was buying it, literally. Few were surprised when Sermon went back to recording solo albums and working with his Def Squad homeboys Keith Murray and Redman, but some may be surprised that after a SEVEN year hiatus from solo releases PMD has decided to take another stab at it with “Awakening” as though he were rap’s Rip Van Winkle.

P has definitely stepped up in one area for this CD, and that’s with the quality of the beats. DJ Honda laces some nice shit for the songs “Know What I Mean” and “Hip Hop 101,” KutMasta Kurt breaks out spy movie funk for “Straight From Da Heart,” DJ Muggs’ “Champions” is like an ode to Rocky in reverse, and “Look at U Now” is presumably an Erick Sermon beat since it’s the lone track he guests on and the liner note credits read “produced by EPMD.” Other good work is contributed by the likes of Ground Work on “All’s I Need”, Alchemist on the moody title track and Pete Rock on the album’s closer “Buckwild.”

This is not an instrumental album though, it’s a rap album, and PMD needs to step up to the level of the beats for the release to shine. If anything P sounds less enthusiastic than he did on his last two solo albums. Going back to the title track is an ideal example of where P takes the work of a famed hip-hop producer and throws it away with a lackluster flow. The delivery is half-hearted, the voice is almost stifling a yawn, and little thought seems to have been put into the rhyme writing. While some rappers are Masta like Ace of the on-beat/off-beat style, P seems to be inventing the off-beat/off-beat style and it just doesn’t work:

“Observe the stop signs, +cause your+ own man’ll rob you blind
You better off selling weed to one time
Or four ki’s offline
Than trusting your man with the floss sign
A daily business grind
Shine for his glory, that’s why I’m still here
B.C. to A.C. back, been there
All clear, takin in the menu while you stop and stare”

The “+cause your+” emphasis with + is because although that’s the meaning of what he says, it’s not literally what he says. He slurs this part so badly he could just as easily be saying “azure” or “unpure” or “poseur” or any similar sounding word you could imagine. Listening to this rap, you can just imagine P’s eyelids growing heavy, sinking slowly closer to being shut as he drones monotonously on. The only times P sounds even slightly inspired are on tracks that feature better MC’s than him such as the all star “Know WHat I Mean” with Rob Jackson, 275, J-Boogie and Don Fu-Quan. Obviously P felt the vibe in the studio and remembered what it used to be like back when an EPMD cypher could have included everyone from Das EFX to K-Solo:

“Since a whippersnapper, prayed to Jesus to be a famous rapper
Now they call me PMD, Shogun Mic Master
A lyrical kid since I dropped ‘Strictly Biz’
And it’s nuttin big, to grab the mic and split your wig”

Moments like these are further and farther between than one would like on a PMD album after shelling out $13-$17 for this new CD. He seems to step it up on Honda’s tracks the most, while old school fans will find “Still a Customer” to be a nice update on the original, with 275 doing a nice job as a substitute for E-Double. “Back to Work” on the other hand should have been hot given that Fat Joe and K-Solo cameo, but the former can’t save P and the latter can’t save himself – his “Spellbound” days are long gone. Songs like “All’s I Need” end up being the highlights, since rappers like 275 and Don Fu sound worthy to pick up the skills PMD dropped a long time ago. In fact, the best role for a PMD album might have been for him to play the executive producer role that The D.O.C. did on “Deuce.” P seems to be a good judge of talent, and definitely knows a hot beat, but tired and simplistic rhymes like “fall back or get your shit smashed/ grown-ass men sellin they ass for cash/half won’t last/tryin to snatch the dough and dash” don’t do Pete Rock’s beats on “Buckwild” justice. For everything you’ve done for hip-hop P, nothing but love. As an emcee though, your time has passed. Hand the torch off to the “Next Chapter” like the track featuring Drayz from Das EFX and Don Fu, and let them shine for you. You can cop this one for the beats and the guests but don’t expect “Hardcore” type magic.