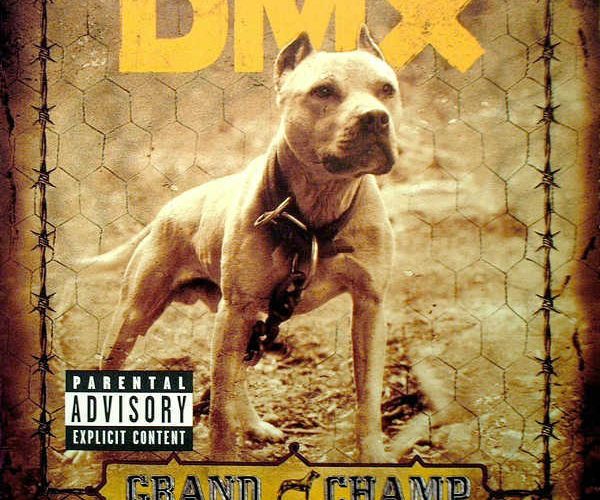 At the start of his Def Jam deal, DMX was the hands down consensus for “most prolific recording artist in rap.” 1998-99 saw three consecutive albums, each of which quickly went gold and then beyond into platinum. Then for a couple of years, the loudest barking man in rap was nowhere to be found. When he returned in 2001 with “The Great Depression” it was another success commercially, yet critics and hardcore fans alike seemed to feel it was a dissapointment. Perhaps it was the noticeable absence of Swizz Beatz, whose musical madness always seemed to fit X like a glove. Or maybe just enough time had elapsed from the initial hit of X for everyone to realize behind the growling and snarling was the same old rap in a different package. Then the media vultures started spreading rumors like mosquitoes do West Nile: X is depressed, X is an alcoholic, X doesn’t care any more, X gave up rap for a movie career. Undoubtedly all bullshit, but another long absence from the charts and store shelves with a new album only seemed to lend credence to their theories.

DMX is answering back with “Grand Champ,” his first new album in two years. Last year’s surprise single “X Gon’ Give it to Ya” is nowhere to be found on the album though. Officially, that makes “Where the Hood At” the first single off this album. X has always portrayed himself as a man’s man, winning over women with his chiseled looks and street attitude and winning over men with his tough talk and rough rhymes. It’s somewhat curious then that X suddenly feels the need to assert his manhood in such a brutally homophobic fashion. Even if don’t mind the occasional use of the word “faggot” in a rap song, this track really takes his hatred of gay men out of the closet (pun intended):

“Man, cats don’t know, what it’s gon’ be
Fuckin with a nigga like me
D-to-the-M-to-the-X; last I heard
y’all niggaz was havin sex, with the SAME sex
I show no love, to homo thugs
Empty out, reload and throw mo’ slugs
How you gon’ explain fuckin a man?
Even if we squashed the beef, I ain’t touchin ya hand
I don’t buck with chumps, for those to been to jail
That’s the cat with the Kool-Aid on his lips and pumps
I don’t fuck with niggaz that think they broads
Only know how to be ONE WAY, that’s the dog!”

Perhaps it wouldn’t be an issue if Def Jam themselves hadn’t taken issue with just how brutalistic it was; even on the explicit version of the CD they edited out the words “reload” and “slugs” from the sixth line. “Dogs Out” features more of the same, except it’s over a Kanye West beat instead of one from Tuneheadz. Thankfully Swizz Beatz shows up to break the monotony on “Get it on the Floor,” and although it doesn’t pack the punch of previous monster hits like “Party Up” it still sounds more like the DMX of old:

“My hands stay dirty cause I play dirty, the mob way
You don’t know? Fuck it, find out the hard way
A nigga’s job is never done; I handle my bid’ness how it come
And it’s never been a one-on-one
There hasn’t been a problem, I dissolve ’em like salt
Lock it up, hit the floor; whatever, wreck is caught
And it’s my fault”

After a typically unnecessary skit, 50 Cent and Styles P guest on the Salaam Nassar produced “Shot Down.” It’s the kind of dark and gritty song DMX should excel on, yet for better or worse his choice of guests leaves him completed upstaged. 50 in particular weaves his way through the thundering track with a slurry verse designed to make your brain burst:

“I be that yung’n with that gun-ness, tellin ya stop frontin
I be that yung’n on the run, after I pop some’n
In the Bible I read, death is off the tongue
And if you talk about death enough death is gon’ come
Dave taught me how to flow, they shot him in the head
Randy ass was there, now he runnin scared
Some say I’m gangsta, some say I’m craaazy
If you ask me I’ll say I’m what the hood made me”

The next song is just plain silly. After yelling “I smell pussy” more times than they do in the movie “House Party,” DMX raps over a Tuneheadz track called “Bring the Noize.” Besides being disrespectful to Public Enemy (why did Def Jam let him do it) it’s just not impressive: “No matter how many cats he brought wit him, I’ma split ’em/hair raised on my back, get low and hit him/ ARF ARF!” And for somebody so homophobic, the words “dog don’t know nothin but FUCK THAT NIGGA, dog don’t know nothin but SUCK MY DICK” certainly seem as odd out of context as when Canibus said “you ain’t got the skills to eat a nigga’s ass like me.” It’s followed by the monotonous Tony Pizarro produced “Untouchable,” where DMX picks some guests he can more easily outshine like Cross, Drag-On, and Infa-Red; only Sheek Louch rises above the fray to challenge him directly. By the end of six minutes though, you won’t care. The Ron Browz orchestrated “Fuck Y’all” brings back some much needed energy:

“I still give ’em chills, cause they feel dog
I can’t help what it is, shit is real dog
You must have thought that, it was a joke or some’n
Now you done fucked around and got your man choked for frontin
Now hold up playa, cause I don’t play those games
And don’t ask me SHIT, cause I don’t say no names
See what I know I’m takin, to the fuckin grave
So keep knockin cause you ain’t gettin a fuckin thing, c’mon
FUCK Y’ALL NIGGAZ! (MAN, FUCK YOU TOO!)”

Thanks to a heavy rock sound and clever quips like “even before Kool G. Rap I +Talked Like Sex+,” the song works. The anthemic “We’re Back” featuring Eve and Jadakiss and the Rockwilder produced “Rob All Night,” keep things rolling nicely. No I.D. produces the intense “We Go Hard” that turns a sample of “Didn’t I Fool Ya” into some of the most hardcore, grimey shit you ever heard. Cam’Ron makes an excellent cameo, and the only thing that disrupts the flow is DMX’s umpteenth homophobic tirade. This time he says, “The only thing I can do with pussy is fuck it; and I would tell you to suck my dick but you might suck it.” Enough already. There are so few tracks where he ISN’T ranting about faggots they are amazing by being the exception as opposed to the rule.

Dame Grease returns to produce the following track “We ‘Bout to Blow” – the genius behind most of “It’s Dark and Hell is Hot.” Believe it or not, he makes Clarence Reid’s “Sesame Street” sound like some thugged out horns. The real stunning track though is the DJ Scratch produced opus “The Rain,” and not just because the music is so beautiful – it’s really the first song on the whole album where DMX drops the tough guy facade and taps a deep vein of emotions and personal feelings:

Monica is a good influence on him as well, as he tones down the rhetoric on the smoothed out “Don’t Gotta Go Home.” Swizz Beatz provides a smooth track for his ode to a fallen partner on “A’Yo Kato” featuring Magic and Val, and the surprising “Thank You” featuring Patti LaBelle is practically a gospel song that you could hear played in church on Sunday morning. Apropriately enough this is followed by “Prayer V” to officially close the album, although there is a skippable bonus track afterward called “On Top” featuring Big Stan. At over 74 minutes long and packaged with a bonus DVD of material, there’s certainly a lot of value for your money on “Grand Champ.” And despite the rampant homophobia throughout, there are times (especially on the album’s second half) where X’s lyrics and flow are much improved over “The Great Depression.” This time his hiatus seems to have been well spent. On the strength of his charismatic gruff voice and energetic flow X alone could carry even the most banal material to the top 10. Thankfully it’s not that bad, although X does at times sound desperate to keep his macho image in tact for fear of losing his grip on a recording career. Not to worry though X, you can go make another film with Jet Li if it doesn’t work out.