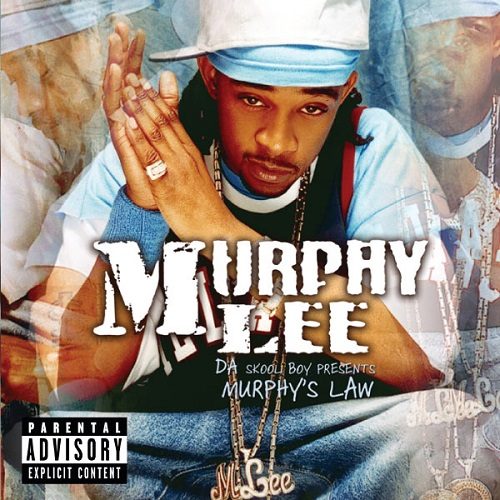 I had to laugh. Murphy Lee got some of the best free publicity of his career thanks to Bill Maher. There he was on TV, giving his usual speech about how rap is a negative influence on the youth, then he turned to his fellow comics (actually, unlike Bill, they are funny by DESIGN, not by accident) and proceeded to bitch about how incomprehensible the lyrics are. To prove his point, he cited Murph’s lyrics from the smash hit “Shake Ya Tailfeather.” Ironically, if Mr. Maher had ever watched Cartoon Network for five minutes, he’d know what “Thundercats” are, what “Voltron” is and why Gohan has a headwrap.

Besides proving how out of touch he really is, Bill also proved that Murphy Lee is the most quotable member of the St. Lunatics, save Nelly himself. Lee is what might have been called a “character” back in the day – he likes to crack jokes, talk shit, and in general have a good time. Even though Ali was first out of the gate with “Heavy Starch” last year, it’s Murph who folks remember saying “you may not have three or four but you got ONE MAN” in “Air Force Ones” and the 16-year-old who “gets deeper than file cabinets” on the song “Batter Up.” Lee is a natural to be a star, and clearly the Lunatic family has been grooming him for his turn in the spotlight.

On his solo debut “Murphy’s Law” the young rapper shows that potential in fine style. True to the character he is, some songs like “Granpa Gametight” are so far over the top you can’t help but laugh. Most rappers claim to be surrounded by a flock of girls these days but you can’t help but know Murph is stuntin with quips so silly he probably DOES pull women with his natural comedy (moreso than Bill Maher at any rate):

“I’m like a new deck of cards, dirt-hard to deal wit
Can’t live without me and I’m hard to live wit
My toilet don’t take no shit
Plus most women need Murphy Lee like a make-up kit
I’m too nice, my future read two wifes
I’m too right wit two dykes in the mirror of a new bike
I’m so da-da da-da-da
That the women don’t mind comin out they drawers and bras
For the young brotha, the Young Dude, we young dudies
Yours truly, Baby Huey, Murphy Lee the schoolly homeboy!
Still cool, movies in the jacuzzi
Eatin french fries, wit belly warmers and wives
See I strive to do right but the women keep callin
They like bill collectors, they won’t stop callin”

Or maybe like telemarketers? Well Murph clearly ain’t putting the girls in his life on DNC. And on the lead single “Wat Da Hook Gon’ Be” produced by and featuring Jermaine Dupri, the title forms an ironic conundrum that may leave you scratching your head if you TRY to take it seriously:

“[JD] But yo, what da hook gon’ be? (Uh-oh!)
[ML] See I don’t need no fuckin hook on this beat (Sheeit!)
All I need is the track in the background
My headphones loud, keep the blunt goin ’round and I’ma rip”

Lee is proud of his ascent to hip-hop fame, boasting how he came “from nuttin to somethin; when I say nuttin meanin pocket full of lint and buttons.” He should be. Songs like “I Better Go” featuring Avery Storm and produced by Waiel ‘Wally’ Yaghnam showcase a talent far beyond his “school boy” age, with a narrative that’s by turns somber, comic, and personal:

“Check – back in ninety-three I had it all
I was a kid, yo I grew up on the Player’s Ball, shit
Born in the 80’s mayne, St. Louis al-ien
Showin my jewels to prove I was the ladies man
Shake all the ladies hands, spit on the ladies pants
I’m doin the latest dance, makin the haters glance
I’m with the older crowd, big brother showed me how
To make my momma proud, look how it turned out
But let me get back on my bullshit
To be a player yo you had to learn to pull shit, yo
Cause it was crazy how we hooked up
I looked up, found my face in her butt like what the fuck?
‘Stop! What you doin? Get yo’ face out my fanny!’
Tuckin her shirt in, so um I wouldn’t see her panties
We laughed, and that was the beginnin of a past
that keep on huntin my ass, now who the asshole?”

Murphy goes on to talk about the trials and tribulations of being tight with a girl who goes on to play with his heart, rapping that “if a happy home is heaven then you gotta go through hell for it.” Murphy Lee keeps on surprising you like that, being funny one moment then dropping profound thoughts the next. It’s almost as if Lee was hiding within the friendly confines of the St. Lunatics ballpark until now, and is just now getting to take center stage and show that he’s big league in every way. That’s why even on ‘Tics-all-in songs like “Red Hot Riplets,” Lee shines just as bright as Nelly or any other rapper in the crew over Jay E’s slow flowing beat. It’s entirely appropriate that Bad Boys 2’s “Shake Ya Tailfeather” is included on this album, because by it’s end you’re going to know what Bill Maher is still trying to figure out – Murphy Lee is a star of rap’s new generation. From the funky smooth feel of “Regular Guy” to the reconfigured Marvin Gaye sampling on “Murphy Lee,” it’s hard to be mad at anything you hear, even if he occasionally drops a corny line like “I must be on Neptune, cause love is Phar-rell.” You’ll laugh, you’ll respect, and you’ll keep your head bobbing to smooth beats from Jay E, Jazze Pha, Jermaine Dupri and even Mannie Fresh on “Hold Up” featuring Nelly. You would expect any St. Lunatics project to be fresh, but Lee exceeds expectations in fine form and shows he will be quoted by many people now AND well into the future.