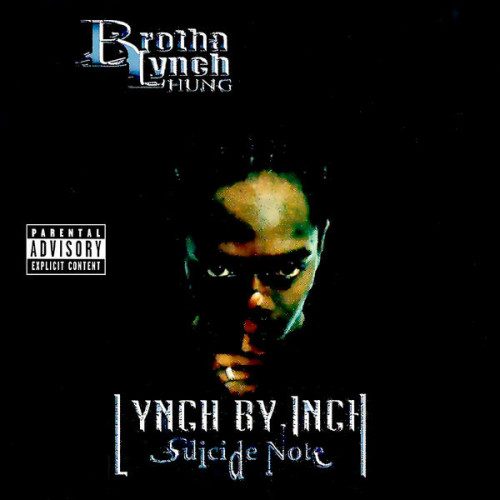 ew acts in hip-hop are able to attract a cult following that stays faithful for years. Only a handful of artists have achieved that rare status without once having cracked the pop charts, and while we might cite Gang Starr as the most shining example, or Kool Keith as the longest-lasting, it’s actually a particular sub-genre this introduction aims at. People have labelled it anything from horrorcore to gore rap, describing rappers with a knack for bizarre violent imagery that sell tens of thousands of records with every release but get little to no coverage in the mainstream media. Names like Esham, Triple Six Mafia, X-Raided, Insane Clown Posse, Andre Nickatina and Necro come to mind. Not all of them would be pleased to find themselves lumped with the others, but they all would agree that they have particularly faithful followers. One of the most revered rappers in this circle is certainly Brotha Lynch Hung, whose name alone guarantees that radio and TV programmers turn a deaf ear to his music.

For his intriguing name and decade-long recording career, however, BLH has so far failed to make an impression on the general hip-hop public and clueless critics. This reviewer himself has listened in vain for anything even remotely exceptional to be released under Lynch Hung’s name. Maybe this ambitious three-disc package can change that? The reason for Lynch to release a double-disc and include a DVD is his forced absence from the game. Still owing his label Black Market Records albums, the Sacramento rapper decided sometime in the late ’90s to stop turning in songs until he got compensated accordingly. Like so many once successful partnerships, the Brotha Lynch Hung/Black Market relationship soured, especially after label boss Cedric Singleton started putting out BLH records without the rapper’s consent, such as “EBK4”, “The Virus”, “Appearances: Book I” and a greatest hits collection, none of them authorized. In the meantime, Lynch Hung worked hard to get his own label, Siccmade Muzicc, running. “Lynch By Inch (Suicide Note)” being his first completely independent release, BLH has not only more than a few tracks ready (resulting in two audio CD’s), but is also keen to promote his roster, which he does on the DVD.

Without knowing what exactly they’re looking for in Lynch Hung’s music, it’s hard to tell if the hardcore fans will like it. They certainly get something for their money’s worth, the DVD containing live footage and an interview. For the rest of us, “Lynch By Inch” is a mixed bag. The album offers a break from the most promiment of today’s trends. With it’s sparse, somber production it sounds nothing like the party-starters that recently gathered for a historical moment when for the first time ever the entire Billboard top ten positions were exclusively held by Afro-American artists (all of which were or featured rappers). But love songs and club tracks are not Lynch Hung’s world. Lynch Hung’s world consists pretty much of himself talking about what he did or what he will do to his rivals. The rapper seems stuck in a time warp, nibbling on the decomposed corpse of what once was gangsta rap. With a lot of conceptual chest-thumping (the skits are called ‘scenes’) but devoid of any narrative thread, at its worst this album is the rap equivalent of the archetypical b-movie, offering wooden acting, bad dialogue, cheap effects, a standardized score, a slipshod script and a rookie director.

After we witness the birth of BLH as Spydermann (“Spydie’s Birth”) and are being promised “episodes of episodes like Rick and Lucy / drama shit, dead mama shit, don’t-give-a-fuck shit / rough shit, shut-you-up-in-the-back-of-the-truck shit,” we wait in vain for Spydie to ever make an appearance again. Instead, we’re introduced to some mysterious unit called “Spitz Network” (featuring Yukmouth and COS), only to again be left clueless as to how exactly this piece fits into the puzzle. It’s hard to understand why someone would come up with a bunch of cool song titles and an ambitious artwork and then COMPLETELY forget to fill it up with any content.

You might be able to overlook these obvious flaws if Lynch Hung was interesting just as a rapper. But the man seems unable to hold or develop a thought over more than a three or four lines. By then, he already ran into another forced multi-syllable rhyme that he finds appealing, and he’s off in another direction, all the time going in circles. Rarely ever do his lyrics sum up to more than this:

“Niggas be weak just like latex, cheap as Ampex
I walk through the room with a hand full of anthrax
shakin niggas’ hands, makin’ niggas dance
like Paula Abdul when I pull out the tool
Your kids kidnapped when I run out the school
Your nig did that, it’s the muthafuckin’ Lynch
I take a long barrel .44 and run up in your bitch”

It really is that bad, no excuses. Inane lines like “yeah, it’s death, but not Comedy Jam” or “we leave ’em cryin’ like when a kid get a Nintendo” add insult to the injury. Seriously, contemplate this: “It’s hard and cold, it’ll make you hard and cold / I sweat so much, I’m so hot, I’m hard to hold.” Somebody needs to take courses in creative rhyming quick.

Even when Lynch gets himself together to write a story that might be able to hold the listener’s attention, he messes up. A title like “Bleeding House Mystery” looks fairly interesting, and how he starts it off seems promising:

“Must be some leakage in my click, some niggas done ran up in my shit
Forced to use the .45th, leavin’ ’em layin’ in Olde 8 English piss
Got me all stressin’ and sick, pickin’ up bodies and draggin’, body-baggin’ ’em
tryin’ to get it all done before the wagon comes dashin’ ’em
Hey, put ‘Scarface’ on the TV, put the volume up to ten and a half
that way, when the police come, Al Pacino bustin’ caps
I got away with a killing, it was self-defense
had to rinse niggas off the hallway walls
send my hit out to all they dogs…”

But keep on listening and find out that there is no mysery at all, that not much happens except Lynch and guest rapper Zagg telling us they had to take some intruders out. What could have been a disturbing tale is reduced to the same old check-out-how-we-took-them-out.

To the album’s defense, it contains several songs that break the mold. The most straightforward and touching being “I Went From”, where he reminisces on his wins and sins. “Reachin’ For Fame” has him dissing local competitors with quips like, “I’m on pot, you’re sippin’ on that sugary St. Ides / your raps need that Midas touch, while mines ridin’.” “I Get’s Off” is directed at his former label, with KRS-One’s “right up to your face and diss you” put to good use. “Everywhere I Go” laments hipocrisy, while “Death Dance” offers some insight into Lynch Hung’s fascination with the dark side: “Never had a life, never had a wife / I rather have a jack knife and creep through the night.” Here, Lynch is actually able to evoke some sympathy for the lunatic loner he portrays. “If there was such a thing, you coulnd’t weigh my problems out with a human triple-beam,” he reveals on “Tried to Shoot”. While alcohol is a frequent reference on the album, this story about an attempted suicide leads him to look closer into it:

“The world is cold
you could find me inside the bottle at 15 years old
I was tired of all the arguin’, fussin’ and fightin’
10 years later I’m borrowin’, adjustin’ the mic and
tryin’ to make it through these hard times tellin’ my problems
but who cares, everybody I know got ’em
I’m upstairs starin’ out the window drinkin’ Olde E
I know this bottle really love me
I love you too, you be helpin’ me through my problems, killin’ my fears
and you understand when I break down, you bring out the tears”

As he reflects further, he seems to overcome his death wish:

“Got dealt some bad punches but I’ma roll with it
Got served some bad lunches, so who can I trust?
Got love when I don’t want it, who’s teachin’ me hate?
Got hate when I don’t need it, I believe in my fate
Diagnosed manic depressive, only learned one lesson
and that’s fuck it, forget it and let it die like the rest of ’em”

But then the news reports come in, and what’s left of him is a “Suicide Note”, a short verse followed by Ken the Geetar Man inserting riffs from “Stairway to Heaven”. While this finale is more than one could have hoped for during the mostly generic music featured on “Lynch By Inch”, it still doesn’t excuse Brotha Lynch Hung’s negligence. I call it negligence because with his experience, Lynch should be able to come up with something more convincing than an album that is ultimately as superficial as any pop rap.