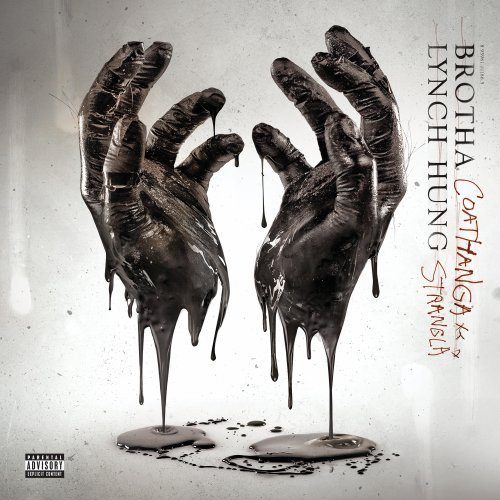 Long everyone’s favorite baby-killing, flesh-eating slasher rapper, Sacramento vet Brotha Lynch Hung executed a brilliant comeback last year with his hip-hopera “Dinner and a Movie.” Although his newfound friends at Tech N9ne’s Strange Music certainly deserve a lion’s share of the credit, Lynch himself deserves equal praise for his own resurgence, flawlessly executing an ambitious opus that played like an audio horror film. Those who cower at the mention of guts and gore should know from the get-go that Lynch will cause queasiness within seconds, but for the strong-stomached “Dinner and a Movie” was magnificent, entering the conflicted mind of a complex serial killer and offering as much tongue-in-cheek humor and ironic laughs as legitimately eerie moments. The chilling production from Lynch and his Strange buddies created more goosebumps than an R.L. Stine book, bursting with fragile pianos, thundering strings, and more screams than Elm Street, yet Lynch maintained the spotlight with a performance so over-the-top that much of the time the listener didn’t know whether to laugh or cower in terrorâ€”and in the case of “Dinner and a Movie,” that was definitely a good thing.

53 weeks later, Lynch is back with the second installment of a planned trilogy, “Coathanga Strangla.” “Coathangla” picks up right where the predecessor left off, opening by thrusting the listener into a scene where a victim has just escaped from the clutches of the titular character. “The Coathanga” and “Mannibalector” get things started with a pair of legitimate anthems that stack up with Lynch’s most unforgettable material:

From start to finish, “Coathanga Strangla” is vintage Lynch, and the Strange production committee led by Michael “Seven” Summers more than lives up to the precedent set by “Dinner and a Movie.” “Look It’s a Dead Body” and the early posse cut “Suicide Watch” are built upon the type of bass horns to make a horror junkie’s heart skip a beat, and the deep, pulsating drums of “Red Dead Bodies” provide an ideal sense of foreboding leading up to the climactic hook. The more upbeat “Blinded By Desire” is practically funky given the way its clever piano cadence blends with the catchy drum pattern, and Lynch’s running narrative is among the most captivating on the record. The skits provide almost as many thrills as the songs themselves and help to shape the loose narrative. His guests also hold their weight, such as on “Sooner or Later” where Mr. Blap lends his ghostly vocals to a track anticipating a murderer’s breakup that sets him loose. COS gets multiple “co-starring” credits, including a verse on the truly disturbing “Spit It Out,” which triumphs in the same way the best tracks on “Dinner and a Movie” did: first shocking with the vulgar content, but then delving so deep into the mind of a cannibal that the listener borders on empathy.

Lynch and Tech N9ne would be a match made in heaven if they weren’t already a match made in hell. They join forces on “I C U” and later on the hilarious “Taking Online Orders,” one of the best tracks on the LP. Tecca Nina absolutely rips his bars to shreds with syllables flying from his mouth like his semiautomatic namesake. The closing posse cuts “Therapy Session” and “It Happens” are also spectacular, collectively featuring Bleezo, Big NoLove, Sav Sicc, Skitso, First Degree the D.E., and Tall Cann.

“Coathanga Strangla” follows the same general trajectory as “Dinner and a Movie,” opening with frenetic murder narratives and moving to sobering, more personal material in the final third that in fact proves even more enrapturing if not blatantly exciting. The story itself is hard to follow blow-for-blow, which only adds to the sense of chaos. Throughout, Lynch uses his unmistakable growling, stuttering flow to provide an endless supply of highlights. “I Don’t Think My Momma Ever Loved Me” tugs at the heartstrings as the record’s deepest offering:

“I don’t think my momma ever loved me
Didn’t even hug me, tackled me like rugby
I don’t give a fuck, I’m just tired of being lonely
When he’d beat you up, I had to go buy me a chrome piece
I was only fourteen, maybe one-thirty soakin’ wet
Three years later I met the homeboy smokin’ wet
Newport cigarettes, O-E English
One year later, now I’m higher than a phoenix
Two months later I was GBC-in’ it
Couldn’t wait to see my nine eat human beings
Light blue regal, I was in the streets
Before you bitch niggas was three though, sky blue eagles
Mama didn’t see nothin’, she was off that old
Rocks in my pocket like the bottom of the sea though
Walkin’ like C-Three-P-O, now mama’s gone and it’s all up to me, so…”

The content of “Coathanga Strangla” is so legitimately powerful that at times it can be practically nauseating, but it’s also genius. Perhaps what’s most thrilling about Lynch’s rejuvenation is that he managed it by doing exactly what he’s always done. With “Dinner and a Movie” and now “Coathanga Strangla,” Lynch should convince detractors who once wrote him off as a one-dimensional shock-jock as an artistic entertainer and master of his craft. “Coathanga” is almost identical in sound and approach to its predecessor, so while it’s not as shocking it may actually be the superior record, tighter while more and more consistently bloody and vulgar and with more strong posse cuts. Here’s hoping that the dream team of Lynch and Strange Music continues the killing spree even after “Mannibalector” concludes the “Coathanga Strangla” trilogy.