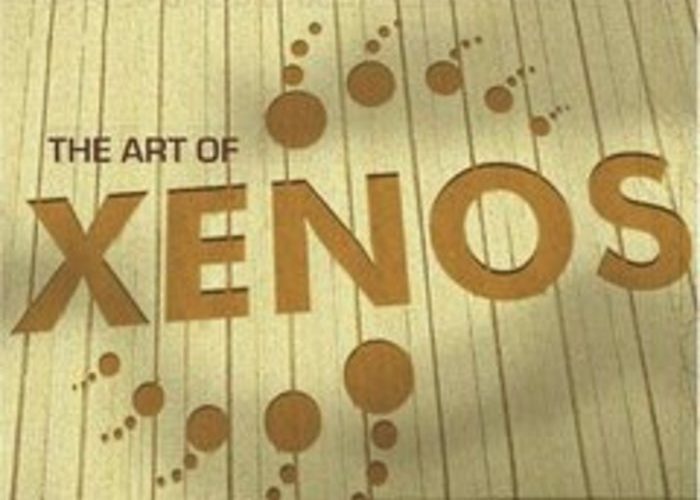 Future Shock, a four man outfit comprised of members Ajax, Sojourn, Trey-Qel and Ahred, bring us “The Art of Xenos,” a collection of subtle tracks, firmly-rooted in the hip hop underground. The fluid, understated production and usually smoothly-flowing lyrics make the time spent worthwhile. The first two tracks finds the group at some of their best on the catchy, stuttering beat of “Best Believe,” and hum-along bass line and popping snare on “Jazzman,” produced by Ajax and DJ DNA/Ascap, respectively. The former, with its infectious hook, is particularly memorable:

[Chorus]
“Best believe we’ve, Come to retrieve
Hip hop and breath, life our mics before we leave
This planetary plane where things are insane
We put it in our rhythm, and put it in your brain”

Credit Future Shock for picking up the live instruments for the stellar production of the somber “Should I…,” featuring Johnny Robles. It may even remind many of an acoustic Linkin Park track. This sort of multi-talented versatility easily gives them a leg-up on so many of their contemporaries. The second verse stands out particularly strong:

“It moves gradually, these radical plots
Of self sabotage they infiltrate my thoughts
I feel lost and forsaken in a foreign land
Soaking in the pouring rain holding out an open hand
Begging for some change to redirect my path
â€˜Cause once I’m gone I know I can’t come back
So what’s left of me? My shattered destiny
Scattered through my life I’m a father with no wife
And that knife burns when it cuts and slices
What’s inside is left is cold and lifeless
I can’t fight this feeling of abandonment
I look around and wonder where Amani went
I’ve spent sleepless nights writhing in sweat
Living lives of regret for this that have yet
To take place, my pulse races for the finish line
I keep pacing, wondering when it’s time
To start chasing behind, hell bent and reckless
Intent on killing this pain that beats me senseless
But my patience is endless
And in my suffering I find a message”

In contrast to the heart-tugging poignancy of “Should I…,” the celebratory, full-band collaborative funk of “Reigndance,” featuring Black Mambo, is a nice change-up – as is the soulful sustained humming-and-round effect of “Heart & Soul.” The sweet vocals of Kaitlyn Cassels on “Foreshadowing” is also a welcomed change-up. Future Shock takes a cue from J5 on the chorus of “Diego Days,” an ode to a certain Cali city, to a particularly charming effect. The quirky, quick-picking guitar on “Paper Weights,” featuring John, B-Twice and Capture, undoubtedly stands-out as a high-point of production on an album featuring many impressive beats.

There are a few holes here, though. Like many against-the-grain type of indie albums, this one suffers from a bit of contrived “knowledge dropping,” like on the wordy “Integers & Fractions,” and the ode to chemistry on “Atoms.” These songs aren’t necessarily bad, per se, but there’s a fine line between abstract and bizarre that Future Shock is still mastering. Aside from that, there’s only about two other tracks that aren’t particularly interesting, both of which fall victim to mundane beats – “As If,” and “Penchant.” Had they scraped-off the dead weight of a couple of these tracks and cut down the slightly long track list from 17 to about 13 or 14, we’d be dealing with something extremely impressive. Still, those few flaws are easy to get past with a solid dozen or so tracks to really enjoy. What they might lack in lyrical dexterity and deftness, they atone for in charm and character. A lot of the tracks here show not just glimpses of, but, sustained excellence; with a little fine-tuning, these guys could really do some damage on the scene.