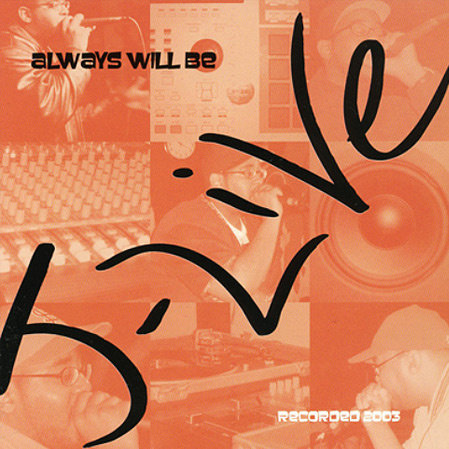 A brief explanation – this album was conceived as a sequel to the Triple Threat released “Always Has Been” EP. If you haven’t seen this in your local music store, try Amazon

to get a copy. You may already have the material on it if you own J-Live’s earliest released 12″ singles, and a couple of the songs were remixed for “The Best Part,” but you can’t front on the fact it collects the Live material which got a nation of underground rap heads open. Those early tracks gave him the “Braggin’ Writes” to proclaim himself one of the top MC’s in rap, and few people would argue.

Last year’s “All of the Above” album was symptomatic of J-Live’s career dilemma – it was critically acclaimed by music critics but overlooked by people rushing to cop the latest flavor of the minute headling Billboard, Direct Effect, or Rap City. J-Live relies on late night rap radio, word of mouth, and quite possibly even bootlegged MP3’s to spread the word of his dopeness. While this equates to respect from hip-hop heads from Houston to Hong Kong, it still leaves J-Live struggling to make it. He acknowledges these difficulties with the double entendre of “Get Live,” a track designed for defiance in the face of such overwhelming odds:

“I’m +LIVE+, like MSG in 3-D
While your corny CD’s be made for TV
And I ain’t gotta ask you to please believe me
My rap reputation proceeds me, so who needs you?
I been here for a few
I’ll be here for a few more, for keepin it true
By the time I’m through, so many rhyme styles I outgrew
there won’t be nobody left to compare me to”

“Car Trouble” takes a more humerous approach to the battle for existance. Live plays the part of a cabbie who is recognized by one of his fares (guest appearance by Wordsworth) as the man, the myth, the icon J-Live himself. When the stunned rider wonders why Live is busting his ass driving a cab, transportation becomes a metaphor for the music industry itself:

“Eight years ago in 1995
Me and my man from Bed-Stuy was down to do or die
Back then I rode a train with a pad and a pen
But he had a whip, and asked me if I wanna ride
He helped me out with a part time job
where I worked at a car service, even helped me learn to drive
And even though I was just gettin to know the scene
I had more regular customers than he’d ever seen
But see we made a good team
Hooked up with a plan to find a dispatcher who could make us more green
But I was green to the scheme
Content with tradin in my gypsy cab status for a limousine
Little did I know the plan wasn’t quite complete
Cause now we had to compete, with a whole fleet
Not to mention I was strictly on call
So I couldn’t even catch my own fares in the street, that’s weak!
My man got more and more sheisty every day
Tried to say I should hit him for a piece of my pay
But when he robbed the dispatcher and they tried to blame me
I had to cut him off in the worst way
I guess the moral of the story is
To be dollar vanglorious, you gotta know the biz”

Be it so bold to say, it still deserves to be said – few rappers in the game can construct a narrative rap as tight and as pleasant to listen to as J-Live. He goes above and beyond the call of duty to put you in his shoes, whether he’s happy or he’s got the blues. And despite how hard he busts his behind to be all the way Live, J is far from cynical enough to give up on this rap stuff. “9000 Miles” shows that no matter how far away the goal seems to be, he’s still motivated to get there in the end:

“My mind speaks mathematics; sometimes I feel english
is a poor translation of my heart’s palpitations
That’s why I give it to you quarter notes at a time
So that my rhymes are aided by body gyrations
But now it’s like each hymn ain’t nothin but a word with
countless synonyms, where should I begin with ’em?
Every sentence is a jail bid lockin me in
to bars of meaning with so much space between ’em
And it’s so real, if I took a little bit of time
to reflect on the unreal my brain might – peel
off my mind to reveal this, pegasus Sprewell
wholesale fairy tale echo in a conch shell
But why say it if you can’t see it?
I can call it abstract and say take what you want from it
I can do that all day ’til my tongue goes numb from it
But see what good would come from it?
I got somethin to say, I can’t run from it
I gotta confront it, I can’t watch while this
music that taught me so much as a child
grows louder every day but the world grows dumb from it
So every line that I draw from my pen
That shapes a letter that makes a word that feeds a verse
is a swim for home, a place with infinite styles
But it feels like 9000 miles…”

If it seems like the length of this review is taken up by quotes from J-Live himself, it’s hardly a coincidence. As Live says himself on the outro, the album is “Skip Proof” – a musical journey where J-Live’s words transfix your ears to the songs. Quoth the Live one himself: “the name is J-Live at your service, I must say I made MC’s nervous.” Rappers with lesser skills should definitely be in fear of his potential to shine, because if the sleeping masses ever woke up to his dopeness a lot of them would be out looking for day jobs or work as cab drivers themselves. It’s possible that the only thing which holds Live back is his self-produced beats, which are never ever the whack but sometimes leave one wondering how much more he’d score if produced by Alchemist or DJ Premier. It has happened before, but in his quest to do for delf he has eschewed their sometimes expensive beats to keep as much of the pie as he can for himself. At some point for J-Live it will become a tradeoff whether he wants a big slice of a smaller cake or a smaller piece of a much bigger pie. If he can bake up some tracks with legendary beats to go with his supreme oratorical and writing skills, the sky’s the limit. At just eight tracks long, “Always Will Be” is a short but sweet taste of what the future may hold.