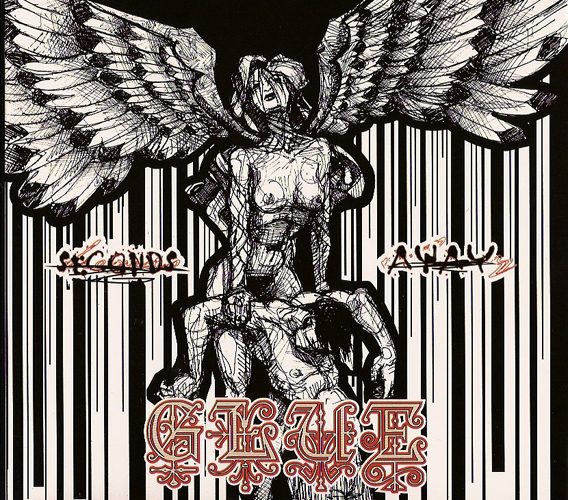 According to the group’s web site, the latest album from Glue is titled “Seconds Away” to refer how far the group is from finding success. And with the individual resumes that each of the group’s members boast, they seem to have the talent to back up such claims. Lyricist Adeem is the only two-time winner of Scribble Jam’s MC Battle, Maker has worked with underground heads like The Opus and Qwel, and DJDQ beat out international in submissions the D-Styles Felonious Funk Remix Contest. All three members also have critically acclaimed albums under their beltâ€”Adeem’s “Sweet Talking Your Brain,” Maker’s “Honestly,” and DJ DQ’s “Where The Sidewalk Begins.” However, a new album can mean a new sound; let’s see how far away from success they really are.

First off, it must be said that “Seconds Away” is INCREDIBLE musically. Maker produced all of the tracks on this album, and his dark, melodic beats are entertaining throughout. Whether it’s the futuristic atmosphere on the album-opening “Goodbye,” the mesmorizing minimalism of “Winners Never Sleep,” or the dreamy milieu he sets on “Mixing Excuses,” Maker consistently sets a tone behind the boards. What makes these beats superior is that they feel so natural instead of strained. He doesn’t confine his tracks to only using certain instruments, nor does he set out to please all listeners with every track; he somehow manages to make every beat different while establishing his own style, and that makes for quality music. DJDQ also does his a notable job on the turntables, as can be seen on “Country Funk,” “Hand In The sea,” and “Play Her Piano,” among other tracks.

Adeem isn’t slacking on the mic either. Even though he doesn’t have a particularly engaging voice or interesting delivery, his lyrics possess an incredibly real feel to them, providing for an entertaining listen. Whether it’s recollecting about a troubled childhood on the aforementioned “Sock Drawer Blues,” or just goofing around on “Jump In Lily” (on which he humorously rhymes about living in his car), you can tell that the New Hampshire emcee is spitting from the heart. Adeem sounds more like a poet than an emcee, and his abstract nature on songs like “Lullaby For The Sun” and “Sober Window Story” can be mind-boggling to some listeners. Still, this reviewer respects his art; like the inside cover of the album says, “It’s directed towards everyone and someone.” Still though, he manages to spit hard over Maker’s sinister violins and dramatic backdrop on the incredible first single “Haunt”:

“We keep the memories alive until the final curtain falls
Crawling through your front door begging for some demoral
To numb the happy shots that caught the bullet red handed
No matter what the situation is we’ll speak candid
Pushing through the blunt smoke
Hoping that the contact high keeps its distance, choke
Myself by squeezing your throat and squeezing your hand
Even though it’s first rate love all the motives seem bland”

This is a surprisingly dope album. Don’t let the creepy CD cover scare you away; there’s good music on the disc. If not for the incredible beats, it’s still an interesting glance into the mind of Adeem. If they keep making music like this, maybe they’re only Seconds Away from success after all.