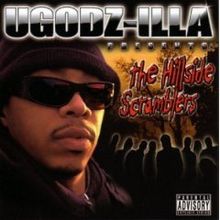 You already know him as a founding member of the Wu-Tang Clan. If you’re enough a diehard fan, you might have even copped his 1999 solo album “Golden Arms Redemption.” Unfortunately for the God, already fighting a widely accepted strike against him that he was the Wu’s “weak link,” it came far too late considering RZA, GZA, Method Man, Raekwon the Chef, Ol’ Dirty Bastard, Ghostface Killah and a slew of second tier Wu-affiliated MC’s from Cappadonna to Shyheim the Rugged Child all came first. Even Inspectah Deck’s long overdue debut “Uncontrolled Substance” debut made it out exactly one month ahead of U-God’s album.

To an already wary hip-hop public, this just cemented the idea that U-God came last because he was the Wu’s least worthy, and for better or worse the album flopped HARD (although his press kit bio still claims it moved 200,000 units). To say this caused tension between U and the Wu is an understatement. In fact, as of the writing of this review, U-God considers himself to have parted ways with the Clan and struck out on his own. To that end, “UGodz-Illa” isn’t a U-God album per se, even though he is still the frontman and dominant star of the project. Instead it’s U-God’s way to introduce us to his NEW running crew, a group of thirsty up-and-comers he dubs the Hillside Scramblers.

Before you get the wrong idea, it’s not that U-God is suggesting these MC’s are replacements for the Wu-Tang Clan. In fact, most of these rappers sound little if anything like Wu members. Inf-Black’s “Stick Up” sounds so much like a Mobb Deep track, you’ll be checking to see if Havoc or Prodigy guested on it or produced the beat. They don’t of course, but Inf and beat maestro Letha Face sure had me fooled, and that’s a good thing. Letha Face himself goes for dolo on the DJ Homicide produced “Booty Drop,” but should probably stick to playing the background. His words are nothing more than party rhyme cliches, and the beat sounds like some of U-God’s “Golden Arms” solo tracks – that’s NOT a good thing.

Actually that’s not really being fair to the God at all. Despite his penchant in the past for delivering bizarre stream-of-conciousness raps over equally unusual bats when left to his own devices, he does turn in some of this album’s best performances. In fact his solo song “Lean Like Me” does sound like a vintage Wu-Tang Clan track, one of the few contributions that does. While there are no trademark martial arts samples or buzzing bees, it’s hard to deny that it’s got that RZA sound or that U-God is using his quirky, almost monotonal at times flow to it’s full effect here:

“It’s showtime baby, when it comes it comes
I come down crashin like a hundred tons
Run sound through you if you want it grunge
Soak up the lyric like a human sponge
Slow down baby don’t jump the gun
Song sound crazy when you pump the drums
Ones in my pockets, gators have ostrich
Style created by the 36 monsters
Sponsors in the building, franchise the concerts
Snatch more than skirts, watch the Don work
Go bezerk, tear off your shirt
The scenery is V.I.P., you can’t lean like me”

U-God, or if you prefer UGodz-Illa, is often this album’s savior when it would otherwise deviate into whackness. “Spit Game” has a mediocre electronic beat, a generic female singer named Autumn Rue, and an otherwise nice verse from Inf-Black that sounds totally out of place on this track. Were it not for the God opening the song, there’s be no reason to listen to it. The same can be said of several other tracks featuring different Hillside Scramblers paired with U-God, such as “Ghetto Gutter” and “Prayer” among others. Out of the many Scramblers, Inf-Black is clearly the one poised to take it to the next level, but is held back by the overall uninteresting work of the rest. If you do pick this album up be sure to skip mediocre songs like “Tell Me” and “Gang of Gangstas” (a terrible title and an even hokier hook). Instead focus on the nuggets of dopeness that come between them, like the surprisingly grimy Southern triple styled “Chippin & Chop It” (shades of Tech N9ne here), the aptly titled “Drama” and the long lost King Just’s solo track “KJ Rhyme.” On the whole it’s hard to get a handle on these “Hillside Scramblers” though, or the point U-God was really trying to make. If he was trying to assemble a crew to make him look like the strong link instead of the weak link, he largely succeeded. If he was trying to showcase a group of talent with ambitions of making them the next big thing, he largely failed. The entire album is therefore hit or miss, recommended for U-God fans (however few or many there are) but unessential for everyone else.