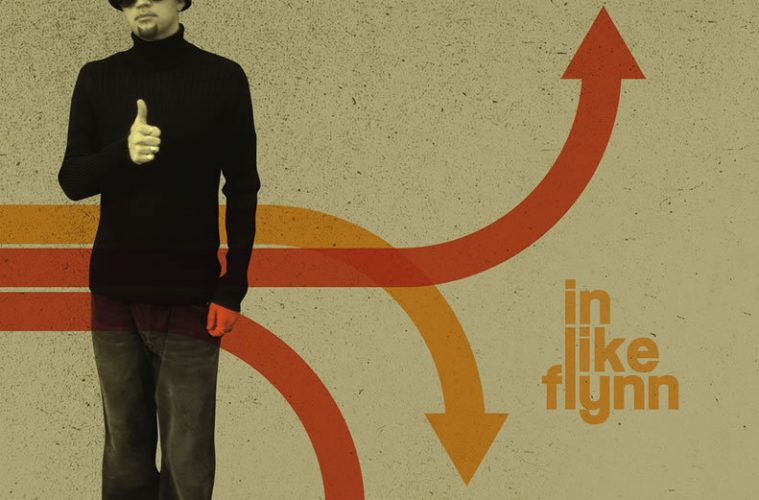 Fans of L.A. Symphony will be happy to know that one of its members is coming out with his third solo album. Yes, while other rappers go in and out of their own egos, there are many others who are struggling with the ego of life itself, and how to deal with things on a personal basis. It seems Flynn was going through some hard times, and the best way he knew how to deal with it is to put his emotions into song. “No mediocrity, I’m about action” is the mission he establishes in the album opener, “Love Is Dead (When)”.

The production throughout has a slight Neptunes feel to it, with heavy use of synths and drum machines, and samples used sparingly. Flynn takes his own instrumental creations and drops some very moving lyrics that may take a lot of people by surprise, especially those who haven’t heard this kind of positivity in awhile. “Nyquil” sounds like it could be a smooth dance track, but the layered vocal loop suggests otherwise. It becomes obvious that what the person in the song is talking about is not a remedy, but a possible solution:

“I got this mission, destination, my decision
try not to mess it up, and I practice with precision
My time is valued ’cause I know it has its limits
Life’s like a thief in the night, takes what isn’t
Thought or imagined, it happened but it’s ended on a
Bigger scale, never fail, so take what should have
Lasted forever, the thought never could pass
Through my mind, in due time, death catches all
I don’t want to even think I have a fault
But it’s real, Rigor Mortis will strike
Stiff in the system like lead in a pipe
Heavy, am I ready to face this new phase?
Question I’ve been testing these last few days”

Through the song, Flynn wonders if leaving this life is the best thing to do, but the easy way out isn’t exactly the easiest thing to do.

The rest of the album is very much along these lines, well-written and rapped and outside of “Nyquil”, barely a brand name is heard. The term “keeping it real” was short-lived in hip-hop, but it is very much alive in a lot of today’s artists, including Flynn. “Superstar” has a powerful synth-funk groove with musical shades of a N.O.R.E. song of yesterday. But once it hits the chorus, Flynn sharpens his singing skills and it sounds a lot like Beck. The song itself mocks the idea of status in today’s culture and pretty much comes off as advice worth taking to heart.

Flynn goes in and out of optimism with this album, and by the end you realize he’s made it out of the chaos, alive and ready to spread the word, so to speak. There are occasional spiritual tones in these songs not unlike the work of San Diego’s Soul-Junk (in fact a duet between the two would be very interesting), but the listener isn’t bombarded with slogans or statements. It takes the entire album for everything to digest, and that’s nice to know. In a time when everyone wants quick snippets, Flynn hopes that people will come to him and go along for the ride. The album concept in hip-hop has been often debated in some circles, but Flynn succeeds in a way that may impress even the most jaded MC’s. This may be 2004’s biggest sleeper album, but wake up to it and be overwhelmingly rewarded.