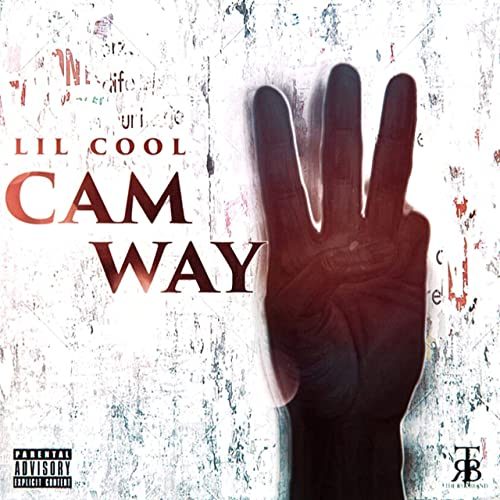 Lil Cool hails from Louisiana. That’s it. There’s nothing else to tell. Searching for information beyond that is nearly impossible given the ubiquity of the words “Lil” and “Cool” in hip-hop. In fact thanks to the FIVE decades that James Todd Smith has been a public figure, you can’t do a basic search for “Lil Cool” without the quotation marks — it auto-corrects to “LL Cool J” instead. If this review can’t tell you more about who Lil Cool is from the jump, blame him for a lack of information in the one publicly visible page he has on social media. Perhaps that’s on purpose. With a name like “Lil Cool” it’s entirely likely that he prefers to be a hip-hop enigma.

Speaking of common words, “The Real” opens with the words “Ill Will made the beat.” I’m showing my age saying this but to me the only Ill Will is Nasir Jones’ best friend from childhood. I don’t believe a young “Lil” rapper like Lil Cool needs to know his story, but I do believe an aspiring producer should have the good sense to do what I did researching Lil Cool – use a search engine to find out if the name you want to call yourself is taken or has historic significance. Anyway “Cam Way, Vol. III” is what the name would indicate — the third “Cam Way” release from Cool Entertainment. Hmm. Lil Cool. Cool Entertainment. Self-published? Yes. If there’s a reason Lil Cool is obscure and hard to research it’s because he’s running this entire hustle by himself, which shows an impressive amount of determination and simultaneously shows a lack of exposure beyond his Louisiana fanbase.

“Why this can’t go like we planned it?” weeps Lil Cool on “Toxic.” His heart is heavily burdened by a woman who he clearly realizes is no good for him. “How we go days without calling? How we go days without texting?” DUDE. If “the only thing good is the sex” then you don’t need to be singing about her. CUT THAT GIRL OFF AND MOVE ON. He’s not afraid to wear his heart on his sleeve though so I’ll give him respect for being open with his emotions. “Kinda New” garners less praise. “Cam Way III, this chapter kinda new/but I ain’t really drug it hard how I was on chapter two.” Why are you telling your listeners that you’re not putting in the effort you did the last time out?

I’m puzzled by Lil Cool. The music isn’t poorly produced, but it’s only average at best. The tuning on the vocals isn’t terrible, but it’s nothing you haven’t heard from anyone else. The style isn’t out of date for the current generation, but it’s nothing they can’t get from any other artist. The lone glimpse that Cool could be something different comes on “Village Baby” when he drops the tuning, starts spitting straight bars, and manages to say something thoughtful in the process. “Hard to keep our head up in this box that we in/read some shit the other day, a nigga killed his best friend/Cold world.” For many listeners that’ll be what he calls “pain you can relate to.”

Part of me wants to be dismissive and say that “Cam Way, Vol. III” is unnecessary in an already crowded field of “Lil” rappers, but the aforementioned track made me reconsider that position. 85% of the time there’s nothing special about Lil Cool whatsoever, but 15% of the time his honesty and his thoughtfulness reaches through the generic malaise to grab ahold of me and say “Maybe the kid’s got something.” After all this IS the third volume. If nothing else that suggests that Lil Cool is determined to reach an audience and will keep on keeping on until he gets to his goal. That’s why I won’t just write him off. Keep at it Mr. Cool. You’ve got the tools in your arsenal to build a career, but use them to build a better “Lil” emcee.