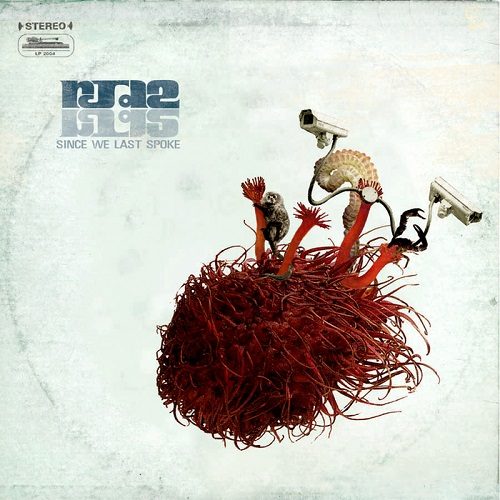 RJD2 :: Since We Last Spoke

The hip-hop music scene is often defined in paradoxically limiting ways. While the art of emceeing a.k.a. “rap” to the mainstream has always been predominant, the singular fascination with it to the consumer has ignored the true width and depth of both hip-hop music and culture. Turntablists, beatboxers, and producers have a hard time getting a fair shake. Even though their albums may be critically acclaimed to a core hip-hop audience, widespread recognition for these masters of the arts plays second fiddle to the latest beef between 50 Cent and Ja Rule, Lil’ Kim and Foxy Brown, and so on. To the public and even to a majority of hip-hop afficianadoes, rapping comes first.

RJD2 has been working hard to change that perception. Since becoming affiliated with Definitive Jux, his albums have been sonic masterpieces which bring production skills to the forefront. While he carefully tailors the tracks with vocalists on them to make their raps shine, his solo works are just as invigorating and enjoyable. A short list of his contemporaries would have to include everyone from abstractionist DJ Shadow to hip-hop beat banger DJ Premier. Indeed on albums like “Deadringer” and “The Horror,” RJD2 strives to bring both often disparate worlds of hip-hop music production into a more cohesive whole, and does so without dissapointing fans of either sound.

On “Since We Last Spoke,” RJD2 fins himself leaning a little more towards the abstractionist camp. The album is devoid of rappers, leaving it a canvas that can only be filled by RJD2’s music. The haunting vocals of Afolabi Siffre on “Making Days Longer” constitute the only “performance” as such on the album. For the rest RJD2 uses both construction and deconstruction to weave together layers of music and the occasional sample. On first listen the songs may seem completely seperate from each other thematically, but the common thread weaved through them all is RJD2’s flair for excellence. While it might be jarring under any other circumstance to go from hard rocking adrenaline music to soft melodies that fade into nothingness, then suddenly back to full volume again, RJD2 makes it all work on the first song and title track to “Since We Last Spoke.” The beat is punctuated by a strong drumline, accentuated by repeated piano keys, and held together with jazzy free-form expression that even weaves in some human voice. It’s a metaphor for the entire album – songs that capture your interest by leaving you completely unsure where you’ll go next, but always enjoying the ride along the way.

The order of the songs in the end seems carefully chosen, not unlike a play or movie where the emotional resonance from each piece is meant to build you up, bring you down, and build anticipation through each movement towards the climactic ending. The punchy “Exotic Talk” gives way to the blaxploitative horny horns of “1976,” which in turn leads to the stomping bass and spooky vocals of “Ring Finger.” The aforementioned emotional track “Making Days Longer” follows, with the aptly titled track “Someone’s Second Kiss” following. Those who expected an RJD2 album featuring the likes of El-P, Camu Tao, C-Rayz Walz and Aesop Rock may be left bewildered by this point, as the album continues into it’s second half with no “rap” in sight and clearly no chance of any to come. For the open-minded listener this is no dissapointment, as RJD2 moves from dreamy songs like “To All of You” to funk slap joints like “Clean Living” with little regard for anything other than testing the limits of his creativity – ultimately finding none. Each style and genre seems to fit RJD2 like a glove, so he moves from one to the other freely, not just from song to song but often within the song itself.

As the album closes out with the electronic “Iced Lightning,” the performance piece double entendre “Intro,” the curiously infectious pop music stylings of “Through the Walls” and the inspirational “One Day,” it’s clear to the listener that RJD2 has created a tour de force of an album. Some event in his life clearly must have unhinged his mind from the limitations we expect of music, making song titles like “Through the Walls” appropriate indeed. RJD2 sees through the walls seperating one genre from another, making all of them work simply by using the audio layering, sampling, mixing and blending techniques of twenty-five years worth of pioneers to come before as they have never been used before. Some may not want to see this as hip-hop, and some may find it too far outside their experience with what’s generally called “rap music” to be able to relate. It is quintessentially hip-hop though, because without the techniques that made songs from “Rapper’s Delight” to “Southern Hospitality” hip-hop hits, RJD2’s style could not exist. Q-Tip once dubbed himself “The Abstract Poet” to show there were no limits to his versatility, and sonically speaking RJD2’s “Since We Last Spoke” does the same thing. He can feel free to dub himself “The Abstract Producer.”