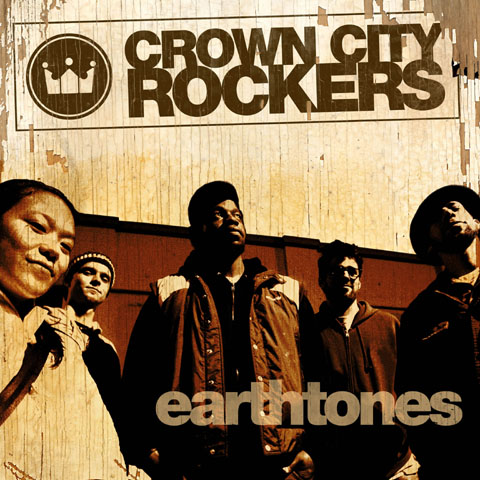 The Bay Area has a broad hip-hop music scene, covering everything from conscious to gangsta rap. An artist like Blackalicious typifies the area’s sound, though, reflecting San Francisco’s culture with a vibrant blend of singing and rapping. Usually accompanying the vocals in this brand of west-coast rap is a unique mixture of various instruments and heavy drum patterns. Beautiful production, conscious lyrics and upbeat themes are always what I think of when this region’s music is brought up.

On the heels of Blackalicious and Gift of Gab’s solo success come the Crown City Rockers. Despite using live instrumentation, on the surface they seem quite similar to the aforementioned duo. Smoothed-out grooves dominate the majority of their new album, with an extra spice added by sporadic trumpet solos. The Bay is all over this release, with Gift of Gab and Zion of Zion I complementing emcee Raashan Ahmad.

In reality, the Crown City Rockers are quite different from Blackalicious, carving out their own niche in hip-hop’s vast array of styles. “Another Day” opens the record with a fantastically catchy and complex backdrop, and Raashan flows effortlessly over the crew’s musical concoction. You all know the excitement of hearing a sick beat and nice rhymes married together perfectly on a track. Well, this is it. “Another Day” really shouldn’t be missed.

Several other standouts fill out the 19-track “Earthtones.” Gift of Gab shows why he is one of the best on “Fortitude,” which features a spastic piano loop that fits wonderfully over the two rappers’ verbal sparring. “B-Boy” provides some old-school flavor as Raashan explores the days of way back. The title track slows things down with relaxing results, and the group’s chemistry in the studio makes for some wonderfully understated music.

These rockers definitely bring something different from your average. There are several instrumental tracks, likely the result of a few jam sessions they recorded. Because of the length of the album, there is much room for error. The successful songs will really get your head nodding, but when the formula isn’t quite right everything is thrown off. “Culture,” for example, allows Raashan to ride a textured track with waves crashing in the background. “D-Minor Nine” is laden with a sublime trumpet solo that brings the track to life. “Heat,” however, contains a more experimental base, with jumpy uptempo drums and a repetitive loop. Within the context of their otherwise mellow ventures, it just doesn’t sit right. While they win points for trying something new on “Earthtones,” in cases like this it doesn’t work.

Every member of the Crown City Rockers is an accomplished musician. This much is obvious. The question, then, is whether Raashan Ahmad can carry the immense weight his bandmates have placed on his shoulders. Minus a few instrumental tracks and guests, he struggles to maintain the level he begins at on “Another Day.” It isn’t that he is whack, he just gets lost in the cornucopia of sounds that the Rockers produce. He is simply content to flow along with the beat, and because of this he seems to lose his voice as an emcee. This isn’t necessarily a bad thing, because if he had stolen the show, nobody would notice the remarkable music behind him. Nevertheless, instead of being the focal point, as a greater emcee could have, he gets hidden behind the funky drums and buttery grooves.

The Crown City Rockers have something that is not frequently heard. If you only like the more abrasive strain of hip-hop that is abundant nowadays, move along. If, however, you like your rap music with some texture, a softer edge that helps ease your stress, check this out. “Earthtones” really is the ideal title for this release, as nothing about the album sounds artificial or manufactured. It’s the kind of music that, if you are in the right mood, can just float you off to another world. There are flaws, but nothing egregious enough to turn you off. These Rockers are worth your attention.