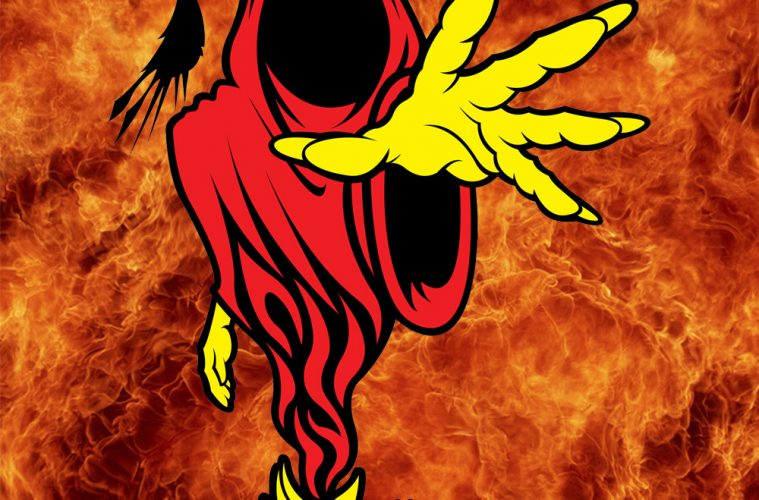 Last week this site featured a controversial Ma$e review where the reviewer (he being me) openly admitted to not liking the artist before even taking a look at the album. The feedback was surprisingly mixed. Some people were mad that such blatant haterism overshadowed what they believed to be a quality album. Other readers found it a pleasant switch from the normal soft shoe two-step around brutally bad albums, and wrote e-mails saying RapReviews.com should feature more such “in your face” blunt reviews. What I found most refreshing about it personally was that all of the e-mail, whether the reader agreed or disagreed, was well written and in some cases very eloquent. I hope the response to this review will be the same, but I’m not counting on it.

Suffice it to say, I’m not a Juggalo. I’d be familiar with their work even if I wasn’t a life-long listener of hip-hop though, and not just because Detroit rival Slim Shady called them “Faggy 2 Dope and Silent Gay” on a record. Wrestling fans have been seeing their bizarre carnival for years now, including a series of self-produced videos for their own wrestling promotion JCW. I’ve watched a few and they’re worth a laugh – sometimes for good reasons and sometimes for bad ones – but it’s hard to believe they find it anything other than one more way to milk their fans for money. And when it comes to making money, ICP are masters of self-promotion and merchandising. When they’re not wrestling or doing the talk show circuit (Howard Stern in particular) they crank out tons of t-shirts, limited edition albums, and kitsch that all includes their trademark “Hatchet Warrior” logo. Once you see it the first time, you can’t help but notice it everywhere you go – at concerts, on signs at live wrestling events, and plastered on the back end of cars travelling down the road. Since I can’t blame a guy for making a buck I say hey, more power to them. Violent J and Shaggy 2 Dope were smart enough to turn their shtick into a franchise and sell it to millions of “Juggalo” fans around the world. Even without releasing another album, they could kick back and run their Psychopathic Records label, releasing albums by their friends Twiztid and Blaze Ya Dead Homie for years to come, and live off the merchandising.

That’s why “Hell’s Pit,” their self-proclaimed last “joker’s card” in an admittedly long and prolific musical career, is a bit of a surprise. If their discography can be said to have a “peak” as such at all, it would have been over half a decade ago when the Juggalo movement was strong enough to give them pop culture recognition and even garner them a chance to rap and perform the theme song live for an equally bizarre group of WWF wrestlers called The Oddities. (Again, I admit it was a funny gimmick, even though I really don’t care for their music.) Here’s what you need to know though if you’re not among their legions of fans – ICP is almost entirely self-produced, and their raps consist almost entirely of references to death, necrophilia, zombies, and self-described “wicked shit.” In the opening track “Walk Into the Darkness” they openly brag that “we keep it nutty and bloody for everybody.” At some point their lyrics are basically interchangable – they’re either talking about killing themselves, killing somebody else, or finding somebody dead and proceeding to wear the body as clothes Buffalo Bill style.

While Esham has managed to explore such dark themes with a touch of wry humor and Detroit saavy (ICP often likes to claim him as kin based on geography alone), Cage has played them up to extremes for comical effect over hardcore beats, and Necro is – well he’s just Necro – the “Clowns” can’t really claim to be as lyrically or musically talented as any of those three. The good news is that Violent J and Shaggy 2 Dope have been rapping for so long now, their flow is pretty polished and their breath control always lands them on beat. The bad news is that on “Hell’s Pit” they’ve really got nothing to say. Juggalos will be happy that they haven’t changed a fucking thing, but more casual observers like me will honestly be wondering what the point is. Here’s a random sample from “Suicide Hotline”:

“I don’t wanna look back cause it’s gonna hurt
I slice my wrist and it’s gonna squirt
For me, everybody holds a hate
I get backstabbed and everybody holds the stake
It’s no roads to take, I’m in a circle drive
Bustin at myself and I’m tryin to survive
I’ll dissapoint you, and I will let you down
And I ain’t got many homeboys comin around
You don’t understand, so don’t say you do
I swear I’ll put a motherfuckin slug in you”

That’s about how it goes for the Juggalos. Their violence swings back and forth between self-deprecating madness to an uncontrollable rage at the world and everything in it. They’re the poster boys for bi-polar narcissism, loving to hate themselves and hating to love themselves, all while millions of adoring fans buy all the Hatchet Warrior shit they can get. They can add “Hell’s Pit” to their Christmas wish list, or save the December rush and get started now by picking up one of the two limited editions that comes complete with a bonus DVD and a pair of 3-D goggles. No joke. As I said, these Clowns are nothing if not masters of merchandising and promotion. The sad part is that their music isn’t as good as their talent for getting people to buy it. Part of the appeal for the youth out there is just how repugnant they’re being. After all if you wanted to piss off your parents wouldn’t you play an album like this with a couple of white guys wearing face paint and talking about murdering priests and sodomizing corpses? I wish the macabre was matched with worthwhile beats, but for the most part it’s not. “Truly Alone” works as a sort of gruesome attempt at singing a la “Behind Blue Eyes” like Limp Bizkit, although they’re not even as good at that as Fred Durst. “The Night of the 44” has a tolerably decent bassline. “Bowling Balls” starts off like Madonna’s “Justify My Love,” but quickly ignores what could have been a good parody in favor of a less-impressive track of their own. “Room” might be the closest thing to dope, as the Clowns flow over an actual head-nodder with a fucked up sample whistling in the background, talking about fucking imaginary or perhaps not so imaginary succubus – I don’t care enough to figure it out. The rest of this hour long album is a mess, just like the bloody carnage they imagine.

I do apologize to the Juggalos out there in the world. Clearly this album is meant for them and not for me. When I see Shaggy and Violent J on TV or in a wrestling promotion, I think to myself “hey these guys are kind of funny, maybe their shit really isn’t so bad.” Then I listen to their albums and remember why I don’t like them that much. “Hell’s Pit” may be appopriately named, if only because I felt like I was in a burning pit of Hell in my ears while listening to it. Actually, that might be preferable to ever playing this album again. I think I’d rather hear what Necro has to say – at least his beats are good.