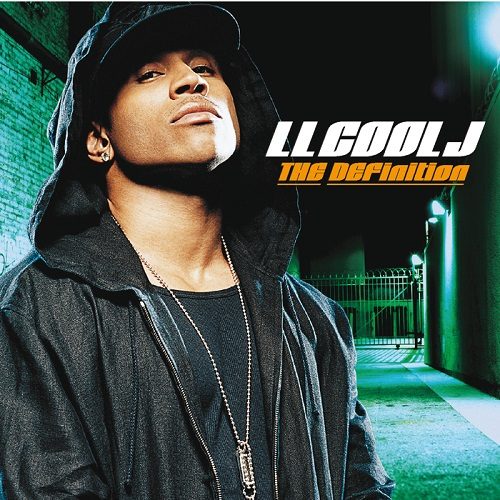 There’s not much one can say about James Todd Smith that’s not already been said. The man is an overachiever of the highest calibre, with an entertainment career that spans three decades. If Yankee Stadium can be called “The House That Ruth Built,” one can say that Def Jam is the house that L.L. built over a ten album career, starting with “Radio” back in 1985. Pick any “the best of” category, from hardcore hip-hop to diss tracks to sensitive crossover ballads, and you’d find at least one L.L. song on the list. Each time people said he was done he’d bounce back, to the point he even opened the title track to “Mama Said Knock You Out” with the words “Don’t call it a comeback, I’ve been here for years.” Smith went from setting precedents in rap to making moves on TV and the silver screen, starring in his own hit sitcom “In the House” and appearing prominently in films like “Any Given Sunday” and “S.W.A.T.” While none have achieved the box-office blockbuster status of fellow rapper-turned-actor Will Smith films like “Men in Black,” his reviews have been good and his Hollywood career is far from over.

To the observer it would seem there’s nothing L.L. can’t do. As an entertainer his choices are virtually unlimited, save for a career in pro wrestling. (Take some advice from Master P – the shit won’t work.) Smith steel feels the sting of criticism though, the same accusations levelled at the other aforementioned Smith, he of the formerly known as Fresh Prince fame. There are a lot of rap fans who believe once you become a movie star your hip-hop recording days are over. The lukewarm reception to Will Smith’s “Willenium” and “Born to Reign” certainly seems like proof of it. On the other hand Ice Cube’s acting career didn’t stop him from recording Westside Connection’s “Terrorist Threats” in 2003, turning in one of his strongest rap performances in years. Who would you rather hear anyway – a rapper who acts recording a new album, or an actor who thinks he can rap like David Faustino or Brian Austin Green?

So L.L.’s back to provide “The Definition” of rap with his first new album since 2002’s “10.” Oddly enough “The Definition” is his TRUE tenth album, since one of the ten he claimed on the last go around was a “Greatest Hits” compilation with no new music on it. Whether you feel it’s his tenth or eleventh doesn’t matter though, only what James Todd Smith has to say, how well he says it, and what beats he says it with. Beats are the first thing you’ll notice about “The Definition,” because L.L. has decided to strike out in a direction that’s less New York and more Dirty South. To that end he enlisted Timbaland’s help to provide a bouncy club style beat for the album’s lead single, “Headsprung”:

“Lord have mercy! If the broad is thirsty
I’ll have her man reimburse me
The part that hurts me, is when they try to work me
But I could never let ya jerk me
Steady stickin to the wall, give it up
Sneakin through the back door, live it up
Got the champagne, pour me a cup
Got the girls lookin raw in the front
Got a call your man’s in town
Tell the bar, a-nother round
Got all my mans holdin me down
Kinda thick ma, let’s get down”

It’s not the first time L.L. has completely changed up his style, although the last time he did he whispered all the way through “Phenomenon” with a flow that did not leave ANYONE sprung. This is more tolerable, although if you heard it on the radio at random you might not even realize it was L.L. without paying close attention. This is not Timbaland’s only contribution to the new “Definition” of L.L. Cool J. He and L.L. find a more conventional Cool J sound on “Rub My Back,” although L.L. still has to fight the temptation to triple-time his rap flow. On “Every Sip” the two finally perfect the forumula and go for some smoothed out funk with a slightly rough edge, the kind that L.L. has been turning into #1 hits on the charts for years:

“I was stayin at the Shore Club, leanin in the red room
Seen this tan mami, she was fresh off the sand dunes
Big bottles and models and poom-pooms
Surroundin my table, watchin me like cable
My Dolce hat was low, Versace shades
Had the Prada shoes on cause the world is a stage
Lah-lah in the air, it’s a sky bar affair
The glamorous life, I had my glass in the air
When my eyes connected with somethin real real nice
Like she finished her drink and started chewin on my ice
Her smile was bananas, teeth was pearly white
That’s when I realized it’ll be a long night”

Timbo’s not done yet – he also drops in for the flowing harmonies of “Can’t Explain It,” which has an oddly pleasant sound like the breeze blowing across the microphone. He also goes old school for the stripped down track “Feel the Beat,” where L.L. brags “When Def Jam signed me, they hit the lottery/it wasn’t free, but don’t call it a robbery.” Timbo’s “Apple Cobbler” track sounds like something straight off a Missy Elliott album, but surprisingly Cool J adapts it well and makes it his own. The Southern sound and style is definitely dominant on this album, because even when Timbaland steps back to let someone else behind the boards, you find N.O. Joe producing cuts like “Move Somethin'” (this one’s not so hot) and “Shake it Baby” (this one works really well). This style wouldn’t work for the R. Kelly duet “I’m About to Get Her,” so Teddy Riley steps in for something akin to a “Fiesta (Remix)” sequel. The other guest track song, “Hush” featuring 7 Aurelius, is guest produced by 7 for Chocolate Pop Productionz – and their name suits the song well. The only other departure from a Southern sound or influence is the Dame Grease closer “1 in the Morning,” where he goes back to braggadociousness:

“You might laugh at it, but if you do the knowledge
It’s really a tad tragic how they runnin through they cabbage
You know my track record, L battle like a savage
I think and grow rich, that gives me the advantage
Uncle L.L., I got product for sale
So I can bail Al Sharpton out of jail
Somebody gotta do it, somebody in the black community
gotta get this money while y’all march for unity
So march on, I’ma get my Bentley park on
Then get my dogs a platform to bark on
The realest brother, you Nicole Kidman, one of ‘The Others’
Children shiverin under the covers
The man in black, the tilted Fedora hat
I’m bringin it raw, you never want your money back”

On the last album, I did want my money back. “10” was a little too long on soft songs and a little too short on coming rugged and raw like one of rap’s greatest of all time should. Using a Southern sound and style to regain some attitude might be a cheap ploy, but the surprising thing is that it actually works. L.L. sounds confident in his words, and his flow has that swagger back. Even the crossover songs seem carefully considered, as opposed to an album full of ballads to make honies swoon but piss off the b-boys who want to boogie. Calling this album “The Definition” might be a little misleading, because L.L. hit that peak in his career over 10 years ago, but this new album proves he doesn’t have to give up acting to keep rapping.