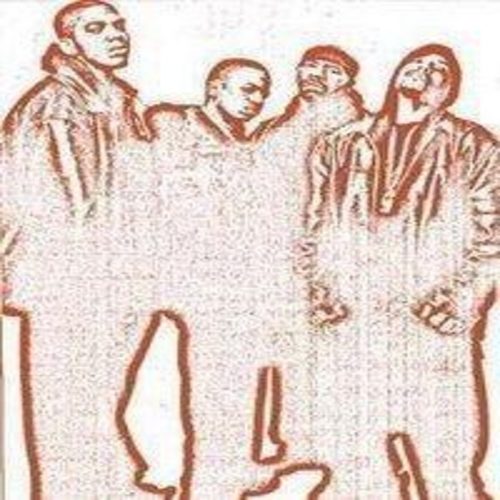 Sometimes, you have to plead ignorance. According to their press release, Indiana’s own Grind Family has been featured in Murder Dog Magazine (admittedly not the mecca of hip hop reading material, but impressive nonetheless), Vibe, The Source (for what it’s worth), XXL, charted on Billboard’s top 100 Hip Hop Albums, and had their video featured on BET. Add to this concert appearances with the likes of Ja Rule, EightBall & MJG, Three Six Mafia and Kid Capri, and The Grind family has rounded out a rather impressive resume for themselves. All this, and yours truly will fully admit that they’ve slipped completely under my radar.

After listening to their mixtape, two things are abundantly clear: The Grind Family definitely spit it hot as to garner such lofty attention, and equally obvious, they are in some serious need of better production. Approximately half of the beats on this mixtape are straight jacks of hip hop favorites like Jay-Z’s “Breathe Easy” and “Blueprint 2,” Kanye West’s “Two Words” and “Jesus Walks” and Nas’ “One Love,” and “Made U Look,” amongst othersâ€”and that’s all good (after all, it is a mixtape). The problem is, though, that the original beats are downright terrible, and sound even worse when following one of the aforementioned dope cuts.

The tales are street-oriented and grimeyâ€”topic matters that many feel are passÃ© because of clichÃ© gangster posturing. The violence and swearing here, however, is not gratuitous in the least, in fact, it is a necessary cog in the shaping of the narratives. The words of the impoverished and downtrodden are important and potent when approached with honesty and artistic integrity. The Grind Family, at their best, reflects on their hard timesâ€”not glorify itâ€”much like a young and hungry Mobb Deep, circa The Infamous LP, where their beats and rhymes just oozed the dark, desperate cycle of poverty and violence. Check out some of Soope’s heat over “Jesus Walks”:

“Now mostly every turf on earth I’ve birthed the verse
And left tattoo stains on hearts for years
I threw away powders and beers
Now I drink natural spring water that’s crystal clear
And speak crystal clear
I gotta shine on me
I speak proper because poppa put a mind on me
Then he went blind on me
I’ve been trying to get signed, homie
But everybody want a piece of the pie
Like a nigga wrote a rhyme for me
Now I can see the hate in the face and the shape
Now stay away Lu-ci-fa, before I shoot at ya
I’m just breaking down blocks on life–building
Why we say we love the lord but we hate his children?
And you wonder why killing is so appealing
’cause niggas feel like they finally control something”

Considering the usual ratio of throwaway tracks to dope tracks on mixtapes, this one is actually better than mostâ€”but that is undoubtedly because the familiar beats propel the already tight lyricism to even higher levels.

There’s really two distinct paths The Grind Family can follow from the excellent showcase heard on this mixtape. They’re already on the cusp of stardom as exemplified by their high-profile appearances in various media outletsâ€”all without being signed to a record deal, mind you. What they need from here is a record deal, a nice budget for an LP (which could go towards some better producers), and some promotion and distribution. Of course this is the formula that any aspiring artist would kill for, but The Grind Family actually deserves it. Otherwise, there’s not much upward mobility for unsigned acts with mediocre self-production or weak beats from local producers. The Grind Family could stay under the radar, but it would be a damn shame.