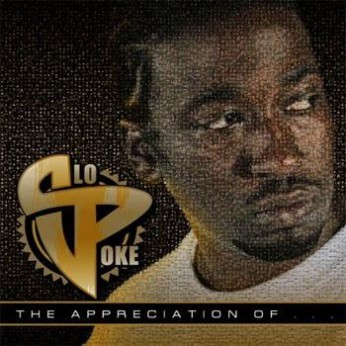 Slo Poke :: The Appreciation Of…

Slo Poke is from Olympia, Washington. I had to put that out there first because, once again, we have a demonstration that hip-hop no longer has any type of geographical limitations anymore.

You can be from ANYWHERE!

On with the review, Slo Poke is originally from Washington State, a region that, to my knowledge, has only seen one MAJOR star (Sir Mix-A-Lot) able to ascend to hip-hop dominance in the thirty-plus years hip-hop has been a musical force. Slo Poke comes to us consigned by Source Magazine, as he is a member of the celebrated ranks of Unsigned Hype. True enough, The Source is nowhere as relevant as it once was in the past, and their seal of approval carries less weight in the aftermath of the controversial Benzino era.

However, one of the things that Source Magazine always got right, and still gets right today, is the Unsigned Hype section.

What I am trying to say, briefly, is that Slo Poke is worthy.

One thing is for sure about this four-song sampler, Slo Poke is definitely not afraid to expose his romantic side in song. The sampler begins with an R&B flavored love letter titled “Talk About Us”. The first thing that gets your attention about Slow Poke is his voice. He has a rich, subtle baritone that makes simplistic writing sound a lot better than what it actually should. The thing is that you never feel like he is dumbing down his lyrics; he just seems to be keeping it simple. There is a difference.

We move from this to a street banger “I Ain’t Trynna Hear Dat” where he demonstrates that he is more than capable of functioning on grimy joints as he is spitting ladies’ fare.

I am one of those people who have a serious problem with so-called swagger rappers; I feel that it is mostly sexy delivery over meticulously planned content. However, I am partial to rappers who are capable of putting their personalities over in their verses and create a sense that they are genuine about their chosen career. Slo Poke comes across as a rapper who actually wants to be a rapper â€“ not a hustler.

I would love to check out where he is going and see what it sounds like when he arrives.

Nervous Picks: “Talk About Us”, “I Ain’t Trynna Hear Dat”