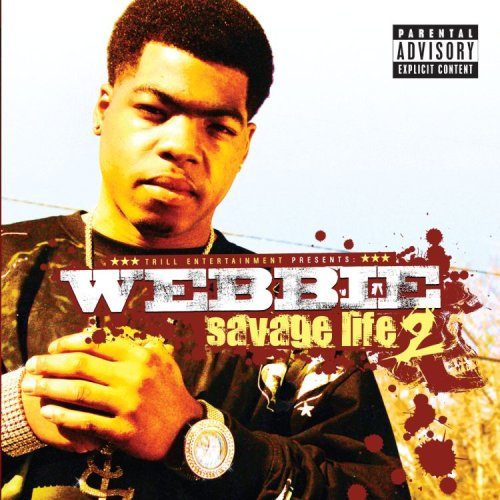 1: not dependent: as a (1): not subject to control by others : self-governing
(2): not affiliated with a larger controlling unit {an independent bookstore}
b (1): not requiring or relying on something else : not contingent {an independent conclusion}
(2): not looking to others for one’s opinions or for guidance in conduct
(3): not bound by or committed to a political party

Merriam-Webster confirms I already knew what “independent” meant long before Webbie spelled it out. In fact I knew what “independent” meant long before Mos Def spelled it out in the song “B-Boy Document 99.” Much to my own chagrin I’ve been an independent thinker my entire life. As a youth I couldn’t accept a convincing argument why dinosaurs weren’t in the Bible if it purported to contain a record of the Earth’s entire history. That’s just one of many independent minded points of view that has set me apart from my peers. You have to be independent to not unquestioningly accept 2Pac’s “All Eyez On Me” as a rap classic. For whatever reason I’m unable to check my coat at intelligence’s door and decide that as a martyr to hip-hop all of Shakur’s albums immediately became 10 out of 10. I’m also an independent minded voter – I’m one of those so-called lunatics who voted for Ralph Nader in 2000; in fact because I’m registered as an independent I was unable to participate in my state’s delegate selections this year. I’m not one of those people who will switch on the day of a primary just to get in the door then switch back afterwards. Even though it often brings me into conflict I take pride in my independence – I’m not forced to conform to groupthink in any way. Being independent can also help you AVOID conflicts. Who doesn’t love moving out of their parent’s house and striking out on their own? That feeling of independence is an intoxicating rush – knowing you can do what you want, whenever the fuck you want, and not explain yourself to anyone. Webbie’s heroine would tend to agree.

“When you call her on her cellular she tell youu she don’t need
not a God damn thang, you a hot damn thang
If you think you fin’ ta get her wit a God damn chain
You insane, boy you better get some God damn change
She a fool, been to school, even walked across the stage
And she say I love Webbie from his looks to his ways
The stilettos, the J’s depend on how the weather look
Flip-flop slippers just to show off the pedicure
Flip-flop niggaz depend on how the cheddar look
She’ll buy her own, I don’t think she’ll never look
in a man face, standin waitin for him to take care of her
She’d rather go to work and pay the bills on schedule”

Being the independent minded sort we’ve knocked Webbie before on this website, not blindly acceping that because “Savage Life” was popular with the mainstream that it was in any way a good album. Being independent also allows you to change your mind when you’re presented with something unexpected that throws your previous beliefs into question. I wouldn’t go so far as to say Webbie released “Independent” as the first single off “Savage Life 2” just to impress critics; after all Mouse on the Track created such a hot beat the song would have been catchy even with an inane Soulja Boy rap on it. Nevertheless “Independent” is not a concept I would have expected from Webbie in a million years let alone on a single. Whereas previously he struck me as a belligerent, narrow-minded caricature of gangster rap at it’s most cliched, I now have to reevaluate Webbie as an artist and see if the rest of “Savage Life 2” can hold up to this new higher standard.

The results turn out to be something of a mixed bag. Either due to being more selective or due to having a higher budget after the success of “Savage Life,” the sequel’s musical quality is much improved. Mouse handles a large percentage of the production and rarely misses musically starting with the appropriately named “2 Smooth.” Other hot Mouse tracks include the instantly crunk remixable “Just Like Me” (I’m begging Michael Watts to do this one), the synthed out “A Miracle” featuring Birdman and Rick Ross and the bouncy minimalistic “Fight Night” which also includes a cameo from the producer. That’s not to say other producers aren’t putting in major work though. Mannie Fresh has a typically strong performance on “I Know,” B-Real (I have to assume this is the same one from Cypress Hill) brings a barking bass and tinkling xylophones to “I’m Ready” while Savage and BJ give the late great Pimp C a pimpin’ track for his cameo appearance on “Fly As An Eagle.”

Lyrically Webbie seems to forget to be as “Independent” from his peers as his lead single, falling into the tired traps of simplistic vice raps. Even though I have nothing but praise for Mouse’s beat on the aforementioned “Just Like Me,” it’s a clear case of a beat making up for the rhyme’s shortcomings. Webbie’s flow pretty close to ripping off Juicy J on “Stay Fly” at times and the words themselves are nothing to write home about – in fact they’re a bit disturbing.

“Hell yeah, I’m a good dad
But I don’t know if that’s good or bad
So many niggaz don’t like my ass
I wouldn’t be surprised like to strike my ass
Boy you act just like my ass
Don’t none of these hoes dislike my ass
Put the the money up front, and the hoe to the back
And them niggaz to the side, and keep it like that”

Apparently Webbie likes his women independent, but he wants his son to be an exact clone of himself, down to all of his most base and misogynistic traits. The song titles are in many ways as sadly predictable as the raps – when Webbie isn’t “Showin’ Off” he’s out in the streets “Thuggin'” to get that “Doe Doe.” It’s the same knock RapReviews had against Webbie on the first “Savage Life” and unfortunately it seems that some things DON’T change. On the plus side Webbie shows enough improvement on “Savage Life 2” that I feel a sequel was actually justified, but on the minus side I don’t think he’s shown ENOUGH improvement to merit his star status. I’d like to encourage Webbie to be an independent-minded thinker, because it’s clear he has the intelligence to make a bolder statement. At least one bio says that Webbie was barred from participating in high school sports due to his poor grades, but if history taught us anything in the last hundred years it’s that a lot of self-made millionaires never finished high school or college. That’s one other advantage of being truly independent – you can learn the things that your peers or a formal school education WON’T teach you. Be “I-N-D-E-P-E-N-D-E-N-T” and be a success.