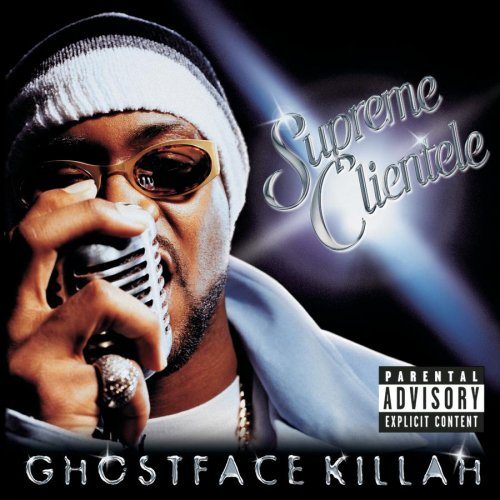 Inevitably each new Wu-Tang album is labelled “the most anticipated since..” and automatically clocked by every fan of the Clan around the world. One feels compelled to question such unmitigated loyalty to a group of artists whose own consistancy is called into question by such mediocre albums as Cappadonna’s “The Pillage” and Method Man’s “Tical 2000”.

This time around though, the wool is not being pulled over the eyes of the masses. The one member who is neither praised lyrically or jocked vocally has not only exceeded his own expectations but those of an at times rather lackluster set of Wu-Tang albums. This release poses a challenge to the people at Wu HQ – a higher standard on a seminal member’s album demands a higher standard throughout. Why should Ghostface’s album be at least as good if not better than any Wu album in 12 months? If they are capable of producing albums of this quality they should be the NORM rather than the exception.

Enough of that. There is really only one major gripe that needs to be aired about this album – it continues the Wu tradition of often confusing track listings. For this reason we will include the CD track number of any track reviewed herein – such as #2, “Nutmeg.” Despite being produced by a heretofor unknown “Black Moes-Art” this song has an almost clasically Wu-Tang sound and style. The sighing flute, dirty (almost imperceptible) bassline, and breakdowns all complete musical bliss. A cameo appearance by RZA himself (in his now virtually interchangable Bobby Digital guise) is the icing on this cake.

If #4 “Saturday Nite” sounds familiar, there’s a good reason – it has the same track (albiet at higher tempo) as Pharoahe Monch’s “Mayor”. Thankfully this is not an overused beat in the hip-hop lexicon and works well here as Ghostface uses the best facility of his rapping ability to tell a story about being pulled by Jakes on trumped up charges. Ghost is always at his best in a narrative and this one is tragically cut short just as you feel Ghost is about to give you the low-down on how it ended.. maybe we were just never meant to find out.

If you’re not familiar with #6 “Apollo Kids” by now, get a late pass. Again I wish I could give RZA credit for this slamming Wu-esque beat but it’s actually being supplied by another unknown named “Hassan”. The rookies were apparently screened carefully for a change, because this is truly a head-nodding, finger-snapping affair. The inscrutable Tony Stark baffles his listeners with lines like “This rap is like ziti, facin me real TV, crest at high speed strawberry kiwi” that leave you scratching your noggin like “WHAT?” but with little consequence – the track and the rap are too fat not to be enjoyed.

Throughout the rest of the album, you will hear some RZA gems, such as the all-star collabo’ #8 “Buck 50”, a very intense #15 “Malcolm” set off by a sample of X himself, and the melodic #17 “Child’s Play.” Still the surprise continues to be how the up-and-comers laced Ghost with Wu-Tang hits, such as Mathematics thumping #18 “Wu Banga 101” and Jose Reynoso’s #12 “We Made It.” Musically this album only breaks stride on the strange (but not altogether unappealing) and uncredited #13 “Stroke of Death” which for all intents and purposes sounds like a tape bunching up under a reel to reel head.

The long and short of this lengthy review is that for the first time in a long time, this reviewer has no shame in unabashedly recommending a Wu-Tang album. This album is in fact a definite improvement over Ghostface’s solo debut musically although it operates at much the same level lyrically. Ironically this album represents his alter ego “Iron Man” more thematically than did his debut of the same name, to pleasant effect. This album and especially the lead single “Apollo Kids” will rock many boomboxes and car stereos for months to come.