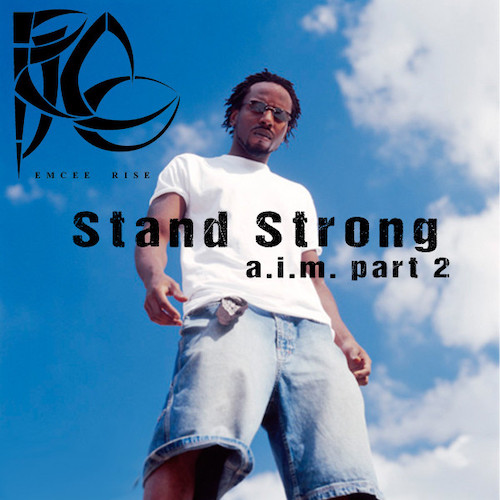 Voice-wise, it must be said that Rise certainly recalls contemporaries like Capone and especially Ali Vegas. The parallels that one can draw towards Ali Vegas are striking- far beyond their voices, their deliveries also share some common ground, as Rise advocates the stop-start, technically precise and dazzling style that the Queens MC wields. Furthermore, Rise’s affinity for concept-driven tracks (the indignant socially-conscious diatribe of “Blame Society”, for instance) and hardcore, dynamic production (“A Higher Level”, “Represent”) certainly beg comparisons.

However, Rise does not possess the growing charisma or self-assured, cocksure effortlessness of Vegas- while his lyrics exhibit considerable dedication to his craft and his deceptively complex delivery can get Pharoahe Monch-esque at times, his monochromatic delivery stifles the cleverness and sophistication in his rhymes (something that is expressed himself when he states “I’m half asleep when I rap, I ain’t conscious like that”). While Vegas has exhibited continual growth in the mic presence category, Rise still finds himself drowned by peers Pumpkinhead, Jean Grae and Block McCloud, though his lyrics are easily on (or even above) the same plane. The pulsating, dynamic and distinctly New York production on display here sometimes overwhelm Rise’s own lackadaisical delivery, which is a shame, considering the considerable breadth of Rise’s lyrical scope and insight (the acutely sensitive “Forever Endeavor”, which covers a broad range of issues).

Ultimately, if Rise can find it within himself to develop a vocal intensity worthy of his searing and incisive lyrics, he would be much closer to being the peerless talent that many supporters make him out to be. One for the future.