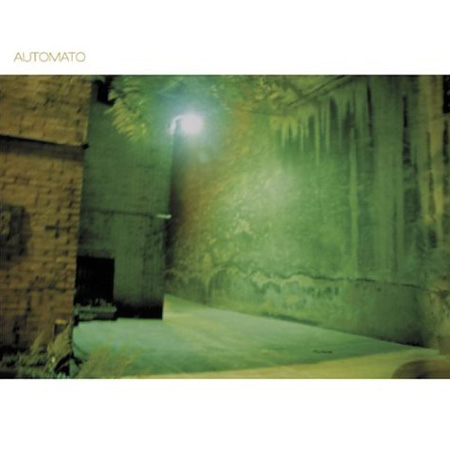 One thing that has never failed to elude me is the fact that hip-hop live bands have never caught on. Try and form a shortlist of hip-hop groups with live instrumentation. That list begins and ends with The Roots. Maybe we could throw Kamaal the Abstract in there as a bizarre footnote (one that also didnâ€™t receive a label nod and remains trapped in internet obscurity), but really Black Thought and crew remain the solitary example of a hip-hop band, which explains their enduring popularity through better (Do You Want More?!?!?!) or indeed, worse (ugh, Phrenology). The perplexing thing is, of course, that The Roots were clearly on to something- the dynamism and thrust, the spontaneity and force of live instrumentation lends the music a quality that is starkly lacking in hip-hopâ€™s palette of blips and samples (not to mention the fact that it completely smothers the ubiquitous argument of â€˜rap isnâ€™t real music because there are no instrumentsâ€™). So why arenâ€™t there more hip-hop bands? Automato is here to answer your question.

First things first, I should mention the surmountable hipster quotient of this album. After all, the album is produced by the eminent DFA (Death From Above), the NYC collective that has up till this point been responsible for a host of absolutely brilliant electroclash/no-wave masterpieces- The Rapture, LCD Soundsystem, and most notably one of my favourite musical entities active today- the bizarro Brooklyn white-noise- terrorists known as Black Dice. It excites me as an ardent music nerd that they have put their names behind a HIP-HOP record, and this will no doubt intrigue a great many indie aficionados on the search for the next too-cool-for-school yuppie record. One wonders why Automato arenâ€™t signed to DFA Records, though the fact that this record bears the Coup Dâ€™Etat name bears great promise. Maddeningly, Automato seem to spare no expense at making sure we know about DFAâ€™s involvement with the record, with “Produced By The DFA” being the most prominent feature of every Automato ad Iâ€™ve seen recently. Hell, you get a big green sticker on the front of the digipak if you purchase it. It has to be said that I wasnâ€™t entirely optimistic about forking out the $25 Canadian (you can take those Canadian currency jokes back, by the way) for a band that was evidently attempting to recline on the glories of their producers.

Thankfully, it pleases me to report that my cynicism was entirely unfounded, for what we have on our hands is a suitably impressive debut that drips with effortless cool. Opening with haunting yet inviting keys and a thunderous bass drum, “Focus” is a crisp and well-executed introduction to the band, a melange of tambourines, thudding bass, stuttering, random electronics, all punctuated by proficient rhymes and an overwhelmingly infectious hook that you will have defence against- “MTV generation, canâ€™t focus my attention/ This life, it isnâ€™t worth it, so I continue searchinâ€™/ And you can tell Iâ€™m honest, my unexpected burden”. The humorously titled “The Single” (which bizarrely recalls Non-Prophetsâ€™ “Disasters”â€¦listen and youâ€™ll see what Iâ€™m talking about) offers a formidable follow-up, as lingering bass collides with acoustic guitar strums, pounding bass drum, liberal scratching and an equally catchy refrain of “If it ainâ€™t soul music, then it ainâ€™t my music/ When you hear the live music, get up and vibe to it!”. “My Casio” sees the band venturing into artier, more progressive territory as spastic electronics and time-signatures marry themselves to technical, verbose lyrical pyrotechnics. Hints of the DFAâ€™s previous work surfaces as the song progresses, as little new-wave flourishes peer from behind the thick bass.

The quality of the album is pretty uniform throughout, with the hip-shaking funk of “Walk Into The Light”, which concludes with an obtuse angularity that is almost The Rapture-ish, the almost industrial leftfield electro freak-out “Cool Boots”, the flirt with breakbeat and jungle (punctuated by Four Tet-ish guitar strums) on “Hollywood and Vine” and the memorable key-driven “How To Read A Person Like A Book” being further highlights. The foray into other electronic genres isnâ€™t always successful- the dissonant drum nâ€™ bass of album closer “Hope” feels forced and proves unimpressive, a fact that isnâ€™t saved by the fact that the track lasts an entire 7 minutes. The frenetic feel of the track eventually swells into unlistenable cacophony, as a squealing guitar line battles a hyperactive jungle beat for breathing room.

One major complaint that can be raised about the record lies within the lyrical delivery. While closer attention reveals an acute sensitivity to relevant socio-economic issues, the delivery is underwhelming in its uniformity. While technically polished (cadence and breath control are on-point, and I can have no gripes about the clinical manner with which the lyrics are delivered- always adapting to the progressive structures and time signatures of the music), the emcee simply lacks the charisma or mic presence to thoroughly engage the listener. Clearly, this is a problem that Black Thought has wrestled with his entire career, with many enthusiasts paying more attention to the musicality and novelty of the â€˜hip-hop bandâ€™, rather than delving into the potency of the socio-political diatribe latent within his metrically consummate verses. This is the danger of the hip-hop band- the emcee MUST NOT allow the spontaneity and dynamism of live instrumentation to overwhelm what he has to offer. While Automato offer a valiant attempt to overcome this stigma, they eventually prove unsuccessful.

Ultimately, this is a strong collection of progressive, creative, energetic compositions that should plaster a large grin on the visages of URB readers throughout the world- a deftly-executed cross-pollination of live band dynamics, electronica influences from various genres/time periods and enough hip-hop true school righteousness to avoid betraying boom-bap altogether, all propelled by the DFAâ€™s uproarious, low-end soaked, sweaty production. Contrary to my expectations, the DFA signature is apparent, yet is never obvious or overriding. Quite delectable, really, as Automato serve up 11 slabs of sweltering, forward-thinking dance music that deserves your money and subsequent enjoyment.