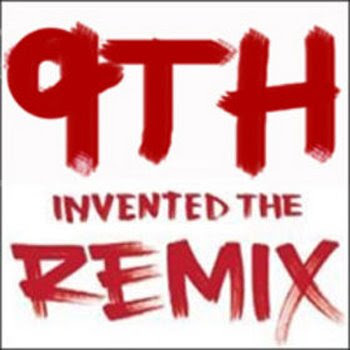 Is that really necessary? Back when 9th Wonder was just known for his group’s indie album “The Listening,” the talented producer needed all the hype he could get, which made his unsolicited remixes of “God’s Son” material a cause worthy of support. But in just a year, the North Carolina beatminer has achieved what was denied to a DJ Premier or a Pete Rock – placing a beat on Jay-Z’s possibly final album. A career highlight no doubt, and hopefully for 9th Wonder an early one. With production on the recent OkayPlayer compilation and the new Jean Grae album, he has already moved on, quite possibly heading towards an even brighter future. So what’s the point in another CD in the vein of “God’s Stepson”? No idea who sent it, where to get it, how legit it is. No tracklisting, no label, no working website. Not to mention the damn thing starts to skip at track 8. With his name firmly established, it would seem like 9th has outgrown this type of promotional tool.

Still, for the record, let’s take a look at who gets the 9th Wonder treatment this time. First up is Nas, whose “2nd Childhood” gets drenched in syrupy soul. The next track almost makes you dismiss the entire idea of semi-professional remixing, as Ghost sounds completely off-beat over the refurbished “Never Be the Same Again”. There’s a lesson to be learned here – rappers pick beats and the appropriate flows. When you try to reverse this natural order of things, especially when taking someone who isn’t the most metrical rhymer and pairing him with a track that is devoid of drums, you’re going to encounter problems. To 9th’s credit, the rest of the remixes are rhythmically sound. He makes Amerie’s “Why Don’t We Fall In Love” sound like something straight out of the mid-90s R&B catalog by endowing it with a subdued thump, turns Royce’s “Boom” into a stodgy breakfast bowl of coarsely ground sounds, while Prodigy’s “Keep it Thoro” doesn’t hold a candle to Alchemist’s original as it takes a similar approach but stops halfway.

The reconfigurations of LaToiya Williams’ “Fallen Star,” Bilal’s “Love It,” and Slum Village’s “The Look of Love Pt. 2” make me once again wonder what good has come out of hip-hop and R&B sharing the same bed in the past ten years, other than an orphanage full of bastard children. If producers like 9th Wonder and groups like Little Brother have been hailed as successors of various greats, they have yet to prove they are able of the same impact. As if to prove my point, 9th closes the album with remixes of two seminal hip-hop songs, I.N.I.’s “Fakin’ Jax” and Common Sense’s “I Used to Love H.E.R.”. Both scratch only the surface of what soul in a hip-hop context could mean. 9th lulls you with glossy easy listening that superficially may seem in tune with what Common, No ID, Pete Rock and I.N.I. represented but ultimately reveals an anxiety to please the originators were wise enough to steer clear from. Watching him jack the title of this project from the delusional Bad Boy camp is worth a smirk, but what he offers is neither potent enough to rewrite history.