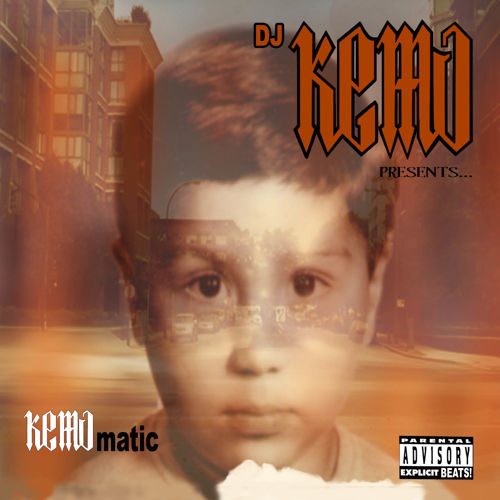 As one half of the seminal Vancouver hip-hop institution The Rascalz, authors of such veritable Canuck-hop classics as “Dreaded Fist Of The Northwest” and “Gunnfinga”, Kemo has long been regarded as one of the true North’s foremost sonic alchemists, forging disparate elements of calypso, dancehall and vintage East Coast boom-bap into compact, muscular, indubitably funky barnburners. While his ominous presence in the Canadian rap circuit has endured the northern urban scene’s tenuous attention span, he has, like so many of his peers, found great difficulty crossing over to Yankee shores. With his Canadian comrades gaining considerable momentum on high-profile recordings of late (Tone Mason on Talib Kweli and AZ’s new records, DJ Agile and Jully Black on Nas’ “Heaven”, Kardinal Offishall and The Black Jays on Green Lantern mixtapes and the new Method Man disc), Kemo has decided to go for self and unleash this, a delectable smorgasbord of recent productions that in a just world will please his rabid Canadian fanbase as well as raising his worldwide profile considerably.

Ultimately, while its lofty artistic ambitions do work to its advantage, the diversity of this offering also proves to be its undoing. On Andres’ “Show U Love”, Kemo appears to be stretching himself too thin- the track is decent enough as a journey through Brian McKnight adult-oriented r’n’b, but feels awkward sandwiched between the lively philosophizing of “R U Satisfied” and the uptempo reggaeton of Don Primo’s “Oh”. Additionally, the track sounds incredibly dated, like a throwback to some Montell Jordan album that dropped a few years ago and nobody cared about. The salsa of “Ritmo Sano”, featuring Andres, Vago and Che Pablucci, sounds like Ozomatli gone wrong. Elsewhere, Kemo’s remarkable versatility makes for highly listenable results- his dancehall resume should benefit from the manic, frenetic hyper-bhangra of Souljah Man’s “Overthrow” while the video-game blip-driven genius of The Rascalz’ “Who Dem” and the White Stripes sampling banger “A.M.P. Army” stand as testament to his tremendous ability as a boom-bap artiste.

As the album closes with Kemo’s self-indulgent dive into turntablism and musical eclectica (peep the gnarly techno basslines and robotic new-wave synths, the jungle breakbeats, the stuttered percussion of Michael Jackson’s “Thriller”, an interesting listen, I guess), one can’t help but applaud his ambition- an effort to assert himself as a jack of all trades. Displaying similar artistic intentions as contemporaries like Saukrates and Solitair, who have contributed tracks to such diverse artists as Big Black Lincoln, Ivana Santilli, Glenn Lewis, Redman and Method Man, Kemo has crafted a comprehensive audio argument for his case as a beatmaker. Now if only that new Rascalz album would drop already.