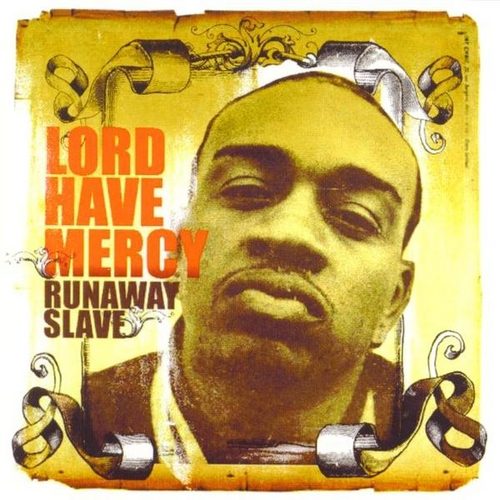 Okay, two brownie points for anybody who remembers this dude. Name sound familiar? Think back to all them classic Smooth/Trigga/Shyheim joints, and you might be able to navigate yourself to that dark region in your memory where this gravel-voiced marauder resides. Following a trend paved by fellow forgotten cult heroes staking a comeback (Mr Complex, Royal Flush, Rock Marciano and the U.N., Chief Kamachi), Lord Have Mercy finally unleashes his debut solo album, several years after he appeared to have, as Rock Marciano did, evaporated off the Flipmode roster.

Of all the bizarre records that have emerged this year, perhaps none is more random than this joint. Having harboured promises of a solo record (titled “The Ungodly Hour”) for years, Lord Have Mercy uncovered this record with close to nil promotion (Hell, I discovered and ordered this jawn near the bottom of the Sandbox Automatic page) and even less artistic momentum (where on earth has this dude been?). To fans of his thunderous, rumbling baritone, however, this presents a tantalising prospect- an opportunity to catch up with one of the â€˜90s most original and endearing voices. The record gets off to an immensely promising start- the midtempo street funk of “You Better Hope I Die” proves to be an impeccable background for Lord’s excruciatingly deliberate, painstakingly pronounced delivery. What follows is pure dookie- a haplessly pedestrian Neptunes-lite track and an annoying hook on “Until The Wheelz Fall Off” mar Lord’s forceful outbursts. It is this horrific combination of lacklustre production and irritating choruses that sunk this reviewer’s lofty expectations- even a momentous reunion between the criminally slept-on DV Alias Khryst (who I always likened to Lord) and Lord proves to be a frustrating experience, with the considerable talents of both men blunted by a hopeless hook and atrociously amateur beat.

To add insult to injury, the missteps continue- Lord’s pleas for everyone to “Please Party Y’all” will likely fall on deaf ears, a flaccid mess of a track that has absolutely nothing going for it. “Dunkah-Dunk Donkey” attempts to recreate the posterior-inspired histrionics of “Fatty Girl”, but fails miserably with a sparse beat that sounds incomplete and unmixed. The rest of the material sounds drab and mediocre- a sheer disappointment from an emcee who has forged a surmountable following with his captivatingly distinctive, animated style. As the album draws to a close, one arrives at the conclusion that maybe it was the ineffable chemistry Lord Have Mercy had with his group members (whether it was DV Alias Khryst, Trigga and Smoothe or Flipmode Squad) that made us such fans of his work. Without other emcees to offset and contrast his bassy timbre and plodding delivery, Lord Have Mercy’s monodimensional approach eventually proves to be tiresome quickly. This album would not have been an utter disaster if it were merely a monotonous one, but there truly are some appalling moments on this disc that will have you running to the fast forward button. I doubt if there has been a more disappointing record this year, considering the affinity I have for Lord Have Mercy’s previous output. Avoid at all costs.