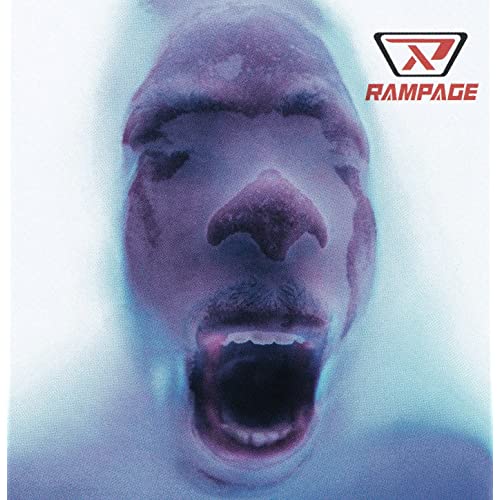 Scout's Honor… By Way of Blood

Can the success of one rapper carry the weight of an entire crew? The answer to that question involves a rapper who went solo and LEFT an entire crew in his wake. When Busta Rhymes’ relationship with Leaders of the New School fractured, he quickly rose to prominence as a soloist and in record time exceeded the fame of his former crew. Feeling that he could muster more unity between like-minded individuals than his prior tense arrangement, Trevor Smith put together a Flipmode Squad of rappers and used the name Flipmode for his own vanity label to boot. The name of the imprint eventually changed to Conglomerate, but the Squad itself tried to launch members into Busta’s lofty stratosphere with their own projects. “Scout’s Honor… By Way of Blood” from Rampage is one such album.

Rampage (a/k/a Da Last Boy Scout) deserves some credit right off the bat for being one of the first to cover P.E.’s classic record “Public Enemy No. 1” long before Puff Daddy and a million others jumped that shark. As potential breakout stars from the Squad go, Rampage certainly had as much promise as any member of the group, but just a few years later he’d be completely overshadowed by Rah Digga. Digga had the advantage of being part of TWO crews, Flipmode and Outsidaz, but that alone doesn’t account for Rampage failing to reach greater heights. Part of the problem was his delivery. In a posse track or cameo appearance, his stilted flow that sounded like a full lungful of air shouted at the mic with every word was charming. Stretched out over the length of songs like “Talk of the Town,” the charm was GONE.

“Sticking a dick in a fat bitch’s butt!!” There’s nothing clever or funny about his wordplay on the song. The closest he comes to a good punchline is “I’m +So So Def+ I’m about to plan my +Xscape+.” If those references are lost on you don’t worry about it — it wasn’t a good bar 24 years ago anyway. Rampage gets an A+ for enunciation but an F- for flow. Every single word is delivered with an untenable level of desperation, as if he was trying to out-manic Busta Rhymes in sheer intensity. This has the unintended effect of making Busta sound positively subdued on “Get the Money and Dip.”

It’s possible that production could have saved “Scout’s Honor… By Way of Blood” from the depths of mediocrity. The lead single “Wild For Da Night” set the proper tone for dopeness as Backspin stitched together crispy drums and menacing piano keys into compelling freshness. Unfortunately most of the music on Rampage’s album was produced by DJ Scratch, who seemed to be even further adrift in the wake of EPMD’s breakup than L.O.N.S. when Busta went solo. He made a good track or two for Parrish Smith on the solo tip, but his work here is appallingly bad. “Hall of Fame” sounds like the laziest work Sean Combs ever did. “Flipmode Iz Da Squad” tries to make a few drawn out organ notes do the work, but it detracts from the other Squad rappers who are trying to shine. “Conquer Da World” leaves me insulted on Rakim’s behalf that he’s even sampled on DA track. It’s a crossover joint that had no chance of ever crossing over at all.

It’s left to the people not associated with EPMD to make the best of this mess. Rashad Smith and Armando Colon do a GOOD imitation of a Sean Combs track on “Take It to Da Streetz,” and for once Rampage actually stops shouting and tries to have a natural flow. If there’s one song I want to listen to on this album more than once it’s either this, “Flipmode Enemy Number One,” “Wild For Da Night” or Teddy Riley’s “We Getz Down” remix. It’s far down the list from the best of Teddy’s swing beats, but on an album this mediocre it stands the hell out.

I don’t think four songs out of a 50 minute long album are enough to declare “Scout’s Honor… By Way of Blood” anything you must own. Rah Digga succeeded where Rampage didn’t by having better production, better lyrics, and a much more compelling flow on the mic. No matter how badly Busta Rhymes may have wanted Rampage to be his protege, some things just aren’t meant to be even when you’re arguably one of the hottest rappers on the planet. Can one rapper carry an entire crew by virtue of that fame and popularity? No. No matter how many cameos he made on Rampage’s album, it was always going to be a fat turd with these beats and rhymes. Buy a track or two a la carte if you buy any of this album at all.