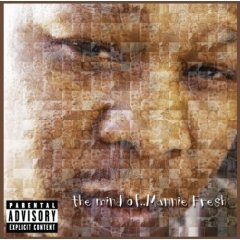 “Fresh” is as good a word as any to describe his beats, although no one can say if that’s how Byron Thomas got his name. In fact, “Byron” to “Mannie” is quite a leap in its own right. It doesn’t matter though. No matter whether you call him what his momma named him, or what producing every major hit for Cash Money Records has gotten him known as, dude is simply spectacular. And let’s show Fresh some love on the rap tip too. When the label was starving for new albums, he and label executive Bryan ‘Baby’ Williams formed the Big Tymers and became an underground Southern hit. When most of the Hot Boys vanished from Cash Money’s roster and left only Baby and Mannie to carry the label, they held it down on albums like “Hood Rich” and “Big Money Heavyweight.” You can’t call them microphone kingpins, but they were good enough to get the job done so long as Fresh provided the beats. It worked so well they even spun off Baby for a “Birdman” solo album, albeit with much more mixed results due to Fresh not doing most of the beats and Baby’s lyrical weaknesses being much more apparent when showcased on his own.

While dismissing the Baby album as being anything from lackluster to downright embarassing, I penned these words: “Although a Mannie Fresh solo album would really be taking this runaway train way off the tracks, let’s at least hope he does it all himself.” The good news is that on “The Mind of Mannie Fresh,” the artist in question does indeed produce ALMOST all of his own tracks. Exceptions to this rule are so rare that I only noted one instance. David Banner’s beat for “Go With Me” sounds like a much weaker revision of T.I.’s “Rubber Band Man.” Musically and lyrically this song doesn’t cut the mustard and probably should have been left off. Banner is much more useful providing some guest vocals on “How We Ride,” also featuring Bun-B and Jasper. Speaking of guest artists, they are far fewer than you would think on a CD that has 30 tracks and is over 70 minutes in length. Six Shot shows up on the bouncing beat of “Beautiful Bitch.” “Conversation” is the old “Bonnie & Clyde” formula, with the Bonnie role being played by Tateeze. She also shows up on the album’s final track “Shake That Ass” featuring Lil’ Mo and Reel. Other than Baby being on “Go With Me,” that’s it.

That unfortunately is the major problem with “The Mind of Mannie Fresh.” While Baby’s “Birdman” at least attempted to shore up his weaknesses with some star power guests, leaving Mannie to hold down an album this long and deep largely on his own lyrical prowess is a mistake. Listening to the album one also gets the feeling that by giving Fresh so much of the weight both musically and verbally, on such a lengthy release, that it had a deleterious effect on the production. That’s not to say four out of five Mannie Fresh beats aren’t better than 9 out of 10 other producers in the South, but that a guy as prolific as Fresh will miscue once in a while, and on “The Mind of Mannie Fresh” he does so more often just because there’s so much more and he’s DOING so much more. No doubt there are some certified bangers, from “Chubby Boy” to “We Fresh” to “Nothing Compares to Love” and the lead single “Real Big” among others. And surprisingly the skits on “The Mind of Mannie Fresh” aren’t the complete waste of time they are on other albums – they’re funny and interesting on at least the first few listens, though they’ll suffer over the long run. “The Mind of Mannie Fresh” really wasn’t necessary, but at least Fresh doesn’t embarass himself vocally or musically. This can be considered a step up from Baby’s solo, but still not as good as the Big Tymers are together.