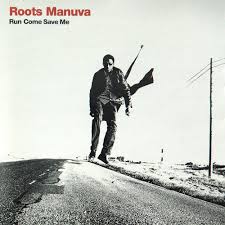 Run Come Save Me

Roots Manuva :: Run Come Save Me

I am rather surprised that no one has covered this record yet. I relish the opportunity of attempting a review on one of my favourite rap records of the past few years. Along with Jehst, Skitz, the Nextmen, Taskforce, Phi Life Cypher, Out Da Ville, The Creators, Rae & Christian and Ty, Roots Manuva was, and is, among the foremost British artists intent on seizing audiences that haven’t looked towards British shores since, well, forever really (Slick Rick did move to the States, you know). While both the garage/twostep and grime scenes have found international stars in Craig David, MJ Cole, Oxide & Neutrino, So Solid Crew, Dizzee Rascal/Roll Deep Crew, British rap continues to languish in absolute obscurity, despite Big Dada’s valiant efforts to remedy the situation with countless quality records and compilations. This record is perhaps the prime example of why this is such a goddamn shame- a formidably creative affair that betrays Roots’ West Indian heritage, but yet remains fiercely British in outlook and spirit and adamantly hip-hop in ethic and sound.

Stylistically Roots Manuva’s delivery is somewhat reminiscent of Stateside counterparts like DV Alias Khryst or perhaps a slowed-down, more temperate Kardinal Offishall with a healthy dose of Shabba Ranks and a dash of Bounty Killer, a coarse, deliberate and mid-paced Raggafied flow that is immediately distinctive and memorable. His ability to ride a beat has always been unmatched by most, and it also helps that much of the production on offer here is absolutely sterling- peep the bestial basslines and jittery snares that anchor “Bashment Boogie”, the mutant dancehall meets Organized Noize-esque funk of “Witness (One Hope)”, blessed with a pummelling low end and pulsating, throbbing rhythms that will incite bouts of hip-shaking on any dancefloor. “Ital” is a classic cipher track, recalling dimly-lit hallways populated by hoodie-and-Timb rocking mic-maulers, a barnstorming composition reminiscent of Celph-Titled or Ayatollah’s finest moments, a perfect backdrop for Roots’ inspired diatribe about unseen social forces. From a production perspective this record is almost impeccable, with each track offering an inventive, thoroughly Anglicised take on the American beatmaking template, firmly entrenched in the sounds of kindred sounds like garage, dub, downtempo and the eclectic electronica of British label Ninja Tune.

The highlights are innumerable, the leftfield production providing ambitious backup for Roots’ fearless, socially relevant rhetoric. On “Sinny Sin Sins”, Roots drops brash yet poignant rhetoric about religious dogma: “Thanks and praise to the King of Jews but I’m confused/ Why should I turn the other cheek and get beat/ With their strange perceptions of heaven and hell/ To this very day I’m still frightened of their spell/ Can I trust King James to translate these papers?/ Do I need a middle-man to link with the Creator?/” Absolute genius! Hallucogenic substances play a major role on this herb-encrusted record, as Roots continually ponders the repercussions of excessive drug use, wrestling with the impulse to indulge in drugs on “Dreamy Days”, a track which weighs chemical substances against more substantial natural pleasures, flimsy materialistic items against more genuine, immaterial and transcendental emotions. Elsewhere, Roots paints honest, often dryly humorous portraits of everyday English life, a life where Marmite, cheese on toast and bitter ale are necessary facets of British existence. Unlike modern day acts like Diplomats signees S.A.S., everything on this record is unapologetically, unashamedly British. His distinctly Anglo worldview blesses the record with a refreshing scope, both musically and lyrically, that temporarily transports us to colder climates dominated by football (or should I say soccer?), scones and the National Lottery. Manuva doesn’t shun Stateside influences altogether though, peep the beautiful collaboration with J5 tonguetwister Chali 2na, whose deep baritone and carefully cadenced delivery makes for great chemistry on “Join The Dots”.

While many may claim that Roots’ seminal debut “Brand New Second Hand” is his most compelling and consistent work yet, this is, in my view, his most artistically accomplished. Admittedly several tracks veer on disorienting avant-garde- “Trim Body” is a track built exclusively around baffling chatter and gibberish, yet these tracks are more than made up for by inspired demon dub tracks like “Hold It Up”, which reimagines early dancehall into otherworldly exercises in blaring bass. Whether this is Roots Manuva’s best record isn’t the point, the point is he is a voice you need to hear, right now. While you’re at it, check out the dub remake of this record, “Dub Come Save Me”.