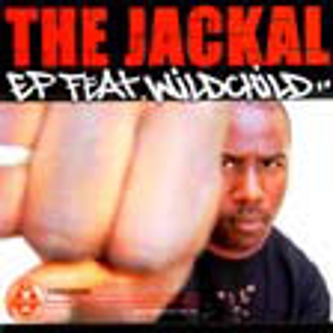 If you ask Las Vegas MC Wildchild, patience is a virtue. After putting in work with his group The Lootpack since 1998, he released his debut LP, Secondary Protocol, in 2003. Despite the disc’s critical acclaim, he disappeared until fall 2004, now returning with a new moniker and an EP similarly namedâ€”The Jackal.

From the first bars of the Kanick-laced “Introduction,” it’s evident that Wildchild can still hold his own as a solo MC, combining an intense, off-kilter flow with surprisingly comprehensible diction to aptly ride any beat he’s supplied with. On his self-produced “Heart Surgery,” he tears through electric guitar strings and scratching, spewing venom like, “Who’s the one you must trust, hiss, I dive into the beat/therefore releasing adrenaline, so you must strive to compete/for the whole sake of the gods, let’s just break up the odds, and gimmicks faceline me while we still come out like the globs.”

For the remaining songs on the EP, Wildchild pairs up with Lootpack teammate Madlib to deliver mixed results. While “Vinyl Talk” is comparable to some of â€˜Lib’s best work with its deep sea thumping seamlessly complimenting the flows of Wildchild and Oh No, both the title track and the posse cut “All Night” (featuring Medaphor, Dudley Perkins, and Oh No) feature surprisingly bland production uncharacteristic of the beat maestro. Still, The Jackal keeps the ball rolling his charismatic delivery, and Madlib makes up for his lethargic offering with “Fallen Soldiers,” his steady, thumping bass and minimalist, nostalgic strings setting the perfect environment for Wildchild to reminisce on past experiences

While an incredibly useless skit concludes the EP, instrumental versions of Madlib’s contributions will definitely please die-hard fans and wannabe MCs who want to practice their skills. With The Jackal EP, Wildchild shows that he hasn’t lost a step since his debut, and that he should keep the heat coming on his sophomore release.