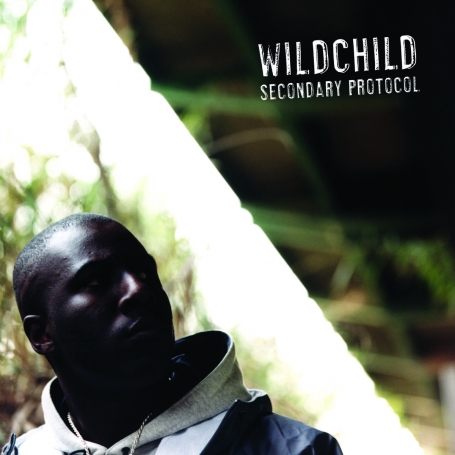 The name itself implies a spontaneity of thought and action. As a member of the underground group Lootpack, Wildchild’s rap style lived up to that credo with a flow that spilled all over fat beats with reckless abandon. Child comes from that school of rap thought that completing a rhyme or thought is more important that fitting every phrase into one bar of the songs. In other words, beats are like locked doors to Wolverine: just slash through anything that gets in your way.

One might assume then that his debut LP “Secondary Protocol” would be a highly esoteric venture, strictly meant for the backpackers and underground heads. His interview skit at the end of “Code Red” though indicates Child believes in the crossover potential of his verbal skills. “Basically, this is for all the raw heads, y’knahmean? The mainstream heads, the underground heads, the worldwide heads – universal.” Of course to achieve such success would require an audience of open-minded, musically adventureous listeners. The mainstream is not for the most part that audience – it tends towards the banality of the lowest common denominator in almost all cases.

Still there are songs on the album that might find Wildchild converts. Take “Party Up.” This song has little in common with the smash hit DMX song other than a name, but does feature a bouncy Madlib beat and chorus vocals by soul singer (and Talib Kweli favorite) Vinia Mojica. It’s definitely a song you can get up and dance to, but it could slow down your feet a bit if you pay too much attention to his densely packed writtens:

“I like to attack the whack for jack and make y’all clap
With old school rap, if you feel me let me just take y’all back (c’mon)
Before searchin for a deal, it was strictly for feel
Gathered every weekend night to spit out rhymes and chill
Form at the local club (whattup?) then get in for a bill
Witness girls a-rockin the DJ’s playin at will
I know hip-hop’s really grown so I have to fashion appeal
When it revolves around the money but when it used to be skill
Like where the beatbox at? Hold the track, let’s tag these walls flat
Girls out rockin with brothers but lookin all that
Used to get in trouble, writin rhymes in class of Ms. Halstad
On to the office, witness negative eye contact
An unknown from the club dressed up in all black
Had the nerve to turn on his box like ‘Let’s battle right here in the hall jack’
I was with it, caught him off guard when I spit it
Off the top of the dome, found out my man was a clone
These were some things we used to get into
Havin five different names, down with different crews
But this millenium is here, let’s approach it with no fear
Let’s unite and start with tonight and party it up like yeah!”

While not as speedy as Chicago’s Twista in dropping verbal bombs, Wildchild still keeps an intense attack going while showing a comparably advanced level of clarity in diction. Basically speaking, the words he spits are clearly audible enough to understand. Wildchild’s style also involves taking words to the threshold of your comprehension and almost exceeding it – youmight need a college degree to get his concepts. Three syllable and up words aren’t uncommon, as the duet “Operation Radio Raid” with LMNO illustrates:

“It’s kind of skanless, radio programmers slightly mishandle this
form of music, I turn into an operation analyst in hip-hop
The purist, I’m livin it now
When it comes to music I focus on your semi-circular canal
The loop’s up for grabs, makin moves before it’s taken
But on the real contribute to expose those who’s fakin
You’re fraudulent garbage, I don’t applaud your Darwin knowledge
Too good for a freestyle cause you got brain clottage
Exploit your devotional team
Make the notion to cut your promotional scheme in half
Wake you up from your non-negotiable dream then laugh
HA HA HA like Fire Marshall Bill
Got troops that’ll die at will for radio play when they apply the skill
Put an end to your falsehood escalade
Wildchild and LMNO on an Operatio Radio Raid”

It’s at this point that Wildchild’s potential audience breaks down into what are recognized to be “underground” hip-hop fans. There’s no reason any type of rap head couldn’t appreciate the fat beats of Oh No on tracks like “Code Red” or “The Come Off” featuring Phil Da Agony and Tha Liks, or Madlib’s hardcore jams from the title track to the lead single “Knickknack 2002” featuring Medaphoar and Percee P (the latter an underground indie rap legend in his own right). While an occasional track like the bass-laden and somewhat slower paced “Puttin’ in Work” could draw in a commercial fan base, for the most part his goal of getting “the mainstream heads” into “Secondary Protocol” fails miserably. That’s not a bad thing though – that failure translates into an album that smacks hot beats and rhymes into a form full guaranteed to make hardcore backpackers feet tap and fingers snap. It’s only a shame other rappers don’t fail so successfully! Song titles tell this story best: put your “Hands Up” and feel the “Heartbeat” of Wildchild, because if you like creative rap songs there’s no doubt you’ll “Feel It.”