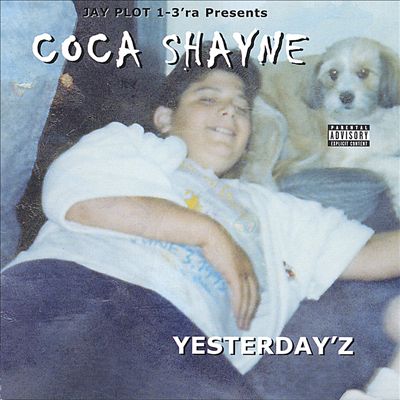 First impressions can be like neon lighted signs that immediately display who you are. Unfortunately, my first impression of Coca Shayne was that his sign was taped to his back, flashing “kick me” in fluorescent green.

Inside the CD booklet features a WWE-like rant about the “all the fucking sell-out bitches” in the industry as he inventively refers to himself in 3rd person as “the Champ.” If that comes off as self-centered, don’t’ worry, he doesn’t forget to thank all his little “snowflakes.” I let it go. New rappers have to make themselves stand-out and I’d never seen a thank you list like that before.

However, it only got worse as I went further. The very first song I heard sounded like an ICP spin-off as a high-pitched gremlin voiced rapper sang the inexcusable:

Stop. Eject.
Let CD sit around for a week.
Feel conscience nab at you.
Dust it off and give it another chance.
Maybe it was just one song?

After listening to a few more songs, a funny thing happened. Through the odd voices came melodies that meshed with instruments and beats and began to form something. The album began to seem like an experiment. This particular experiment involved some particularly devastating formulas which caused certain things to accidentally blow up in the people’s faces (killer tomatoes). However, every once in a while the right combination of elements would mold and create the spark seen in an evil doctor’s pupils when lightning strikes and brings life to an inanimate entity.

“Don’t Tell Me” involves a softer Shayne with an infectious hook that almost sounds descendent of a â€˜80s dance room. He actually uses his weird clown voice to harmonize the hook and even though it’s odd, it works and it’s catchy. The adolescent sound proves to be quite tolerable when not accompanied by adolescent content. “Much Betta” and the title track, both featuring Turban A$h sound original and Coca holds his own. It also should be known that the killer tomatoes song is called “This Acid” so I’ll let you draw your own conclusion.

The beats are mostly on-point; almost all demand a head-nod. The lyrics do at times lack depth and the zany delivery can make them really inaudible. However, Coca Shayne and his producer are truly trying something new which should almost always get props in hip-hop. The style could use some fine-tuning and lyrics could use a boost. Other than that, all is well. The sign for Coca Shayne on my 2nd impression read “Experiment in progress.”