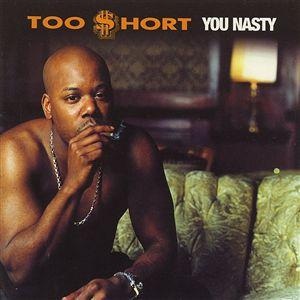 The Godfather of Pimpin’. That’s the title Too $hort has earned after well over a decade in the rap game and a dozen albums under his belt. For any young cats out there under 16, this means that Todd Shaw was slangin homemade tapes on the streets of Oakland back while you were in diapers. Paying dues? Paid ’em. Earning respect? BEEN earned that. So what’s left for the man who once sardonically quipped of his own name that “Life is Too $hort?”

“Bitch, how could I make twelve albums?
All the gold and platinums and I’m still clownin
It ain’t hard, I used to be a broke nigga”

There’s the motivation – success is never enough when you know what it was like to be broke. Short has found the formula to success – talk nasty about women. If you’re squeamish about misogyny or can’t stand hearing bad words; well, you’re probably not a big fan of rap in the first place. You definitelywouldn’t be into Too $hort though – unless you were into riding to his fat ass beats.

Beats to ride to. Beats to grind to. Beats to get your groove on. Beats like “You Nasty” produced by Quint Black. Hypocrisy is the topic on this song – $hort “ain’t mad at y’all,” he just wants a freak to confess to being a freak. $hort is not a hypocrite about his OWN freakyness though – he confesses that the pussy is “Just Like Dope” with favorite Vallejo collaborator E-40.

“I chose to say no to drugs
Pussy throw them thangs beat yo’ ass like thugs
Have you whipped, creamin in yo’ hand and shit
Call her every day and can’t stand the bitch”

Topically it’s doesn’t get any more advanced than pimping hoes and clocking dough – if you thought it would you’re checking the wrong rap album. Too $hort albums have consistantly been about what DMX redundantly called “Money, Cash, Hoes” and Mr. Shaw isn’t changing up one bit. Converts to his sound who were not familiar with him generally relate to his laid back style and in fact come to appreciate the predictability – it’s only the quality of the music that makes the most difference from one $hort album to the next. That makes the album’s biggest surprise that Ant Banks only produces one track, “Where They At?” – and it’s not impressive. On the other hand, Jazze Pha’s futuristic “2 Bitches” is a slinky kind of funk guaranteed to nod your head.

The sound throughout remains consistantly good thanks to repeat performances by rotating producers such as Don ‘DJ Snake’ Brown on “She Know” and “All the Time” and the duo Mike D & Sonny B on “Recognize Game” and “Don’t Hate the Player.” The only really big name outside producer is Erick Sermon on “Be My Dirty Love,” which previously appeared on The Corruptor soundtrack. It’s inclusion is welcome here as neither the film or the soundtrack was a big hit.

As Too $hort said on one of his earlier albums, the music on this album is “Somethin’ to Ride To.” Groundbreaking? Revolutionary? Absolutely not. Why should Too $hort change up now? The limited amount of guest appearances (E-40, Chyna, and the Nation Riders) keeps Too $hort in the spotlight, and his typically pimpish raps set the mold for all the future players who came after. If you were already a Too $hort fan, this album will actually be an improvement over “Can’t Stay Away” in that it’s shorter but more focused. Get pimpin’ with the original rapper to put Oakland on the map.