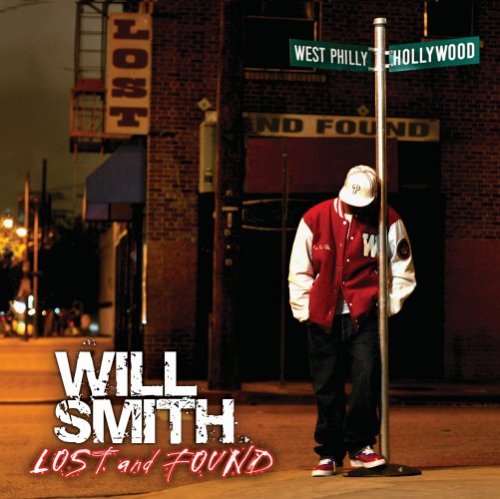 Will Smith :: Lost and Found

When the first track on a new Will Smith album is produced by Jazzy Jeff, you’re already off to a good start. The halcyon days of Will Smith’s rap career were his days as one half of the duo DJ Jazzy Jeff & Fresh Prince. Although a successful run in television and film as an actor spelled the end of the two being a full-time duo, they still collaborate on tracks here and there. The funny thing is that along the line people assumed that because he was so busy acting his albums had to be subpar as a result. Haters said “Big Willie Style” was too pop, even though Smith has been a pop rap star his entire career. Smith slipped a little bit on “Willenium,” so critics and fans alike judged his hip-hop career to be over. 2002’s satisfying “Born to Reign” was largely slept on as a result. Smith has a message for them on “Here He Comes”:

“In the past he, passed with passion
Old fashioned boldly mashin totally crashin
words up, in a disorderly fashion but
back to the lab, and guess what happened?
KABOOM, ooh-WEE! Dude’s resilient
Fresh Prince was hot, the movies killed him
Wait, hold up, STOP! You can rebuild him
Lock him back in hip-hop while dude’s not filmin
Shocked by the film and the TV money
Went from scenes with Uncle Phil to scenes that’s sunny
It’s so hard to break free from guaranteed 20
But it’s done, so come see the MC honey!”

With a beat and chorus that are a lighthearted play on the “Spider-Man Theme,” it’s not hard to like the song even if Timbaland & Magoo already did the same gimmick a few years back. Spider-Man’s all the rage these days anyway, so if anyone can dust it off and do it again with his own flair, why not Will? (As a warning to other MC’s, three times would be overkill, so let’s stop before it turns into a 21st century “Between the Sheets.”) There’s no father to the track Kwame made for the first single “Switch” though, and it’s just enough different from what’s popping on the charts these days that it may muscle out a little space for Smith between 50 Cent and The Game. Peep the vocals:

“Heeeeeeeeeeeeey – vibe to vibe a second
This a club girl, why you arrived naked?
Hear that, how the veteran glide the record
But don’t download, go out and buy the record
Heeeeeeeeeeeeey – heh, somethin sexy ’bout her
Girl on the floor, all her friends around her
I mean real clean, ain’t gotta touch or nuttin
It ain’t like I like a chick-on-chick or sum’n
I’m just a sucker for a hot track
Gimme a drink and a chick to tell ‘Stop that’
Dance is a hop and a clap, flip it ’round
Now bring it on back, take it down – now switch!”

There’s a feeling of hunger in the way Smith raps on “Lost and Found,” either because he feels he has something to prove or because Smith’s passion for hip-hop has not waned despite his Hollywood success. “Survivor, husband, father; dissed by Eminem but didn’t bother him/yup well he classy” quips Smith on “Mr. Niceguy,” but the pulsating Freshmen beat belies a different story. In other words, Smith may be a nice guy, but that doesn’t make him a chump or willing to back down on what he sees as the error in ways of most rappers today:

“On the radio they be over-exaggeratin
So blase with they lies, they be aggravatin me
Agitatin me, but they be waitin and hatin
And they be makin me crazy but I be takin it patiently
People be messin with me, testin me, f’n with me
I wanna send a message to ’em, teach ’em a lesson quickly
They publically addressin me, disrespectin me heavily
They better be lucky the way my blessings affected me, but
{*deep breath*} Calm down Willie
You don’t wanna go drop the bomb now Willie
Keep a nice flow for your mom down in Philly
On the news you go if you blow and act silly, y’know?”

The flow is in tact, the rhymes are well written, and even though Smith hasn’t crossed that line from pop friendly into hardcore gangsta (with the heavily censored radio singles that accompany it) he’s definitely a bit more rugged this time out. Smith even tackles some sensitive issues with songs like “Ms. Holy Roller” where he questions why people want to shove religion in other people’s faces when they find Jesus and questions why “if I don’t believe what you believe, I’m goin to hell.” Don’t get it twisted, he’s Christian, but in his own POV being pushy about it is the wrong way to go – personally I applaud that stance. There are also other songs that seem designed specifically to chart like “Tell Me Why” with Mary J. Blige and “Pump Ya Breaks” with Snoop Dogg, but they wouldn’t work without Smith’s effervescent personality and well polished rap flow. As Smith might say himself, eff what you think. He may not be the Fresh Prince these days, but if you’re not a total hater or can dig rap without 23 references to gunplay every verse, “Lost and Found” will be much less the former and more than latter. Will never really lost his place in rap, but he’s certainly found reason enough to keep on rockin’.