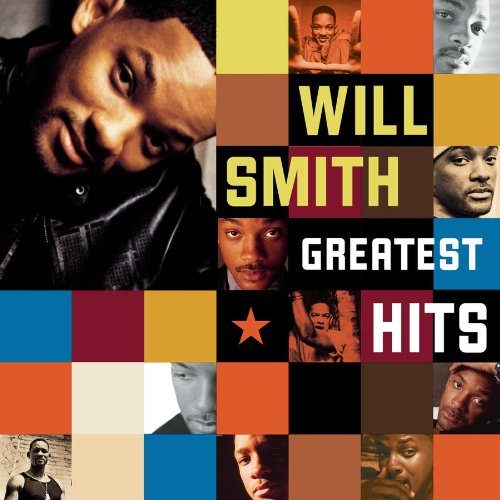 There was a time, not so long ago, that Will Smith was pretty much THE most popular rapper on the planet – this statement isn’t even all that controversial, it is fact. Of course, his profile was raised significantly by starring roles in huge Hollywood blockbusters, such as â€˜Independence Day’ and â€˜Men in Black’ – but musically, he had the game wrapped courtesy of his multi-platinum selling â€˜Big Willie Style’ album, which dropped in 1997. Perhaps this was his zenith as a rapper, as the follow-up â€˜Willenium’ failed to equal the success, and a steady decline in record sales dove-tailed with his increasing prominence in the film world.

What many don’t realise is that there is more to the Will Smith story – his days as the Fresh Prince. Millions around the world used to watch the excellent comedy series ‘The Fresh Prince of Bel Air’, where the young Will was transferred from a tough life in Philadelphia to a luxurious mansion in Los Angeles. The show also featured Jazz, a clownish friend of Will – few realised that this was in fact Jazzy Jeff, one of the greatest DJ/Producers in the history of hip hop (he ain’t no joke!). Fewer still know that, prior to â€˜Big Willie Style’, the Fresh Prince and Jazzy Jeff had released FIVE albums, been awarded the first ever rap Grammy and been dropping LPs since 1987.

Whoa, hold up! 1987?? That means he was hitting the charts at the same time as LL Cool J and Big Daddy Kane – and BEFORE Rakim and Slick Rick released their debuts… In fact, moving onto the actual Greatest Hits album, Slick Rick is a great reference point – the first few tracks are exclusively story-telling raps, straight out of MC Ricky D’s vault of tales. Songs such as “Girls Ain’t Nothing But Trouble”, “Parents Just Don’t Understand” and “A Nightmare On My Street” helped establish the Fresh Prince’s rap credentials, and listening to them now give off a true Old School vibe. The next track featured is the complete “Fresh Prince of Bel Air” song from the hit show, followed by the first international hit – and staple of every radio station’s “Summertime” playlist. “Just Cruisin'” needs no explanation (he’s just cruising), and what follows is the truly awful “1000 Kisses”, featuring Tupac’s old buddy (and Will’s wifey) Jada Pinkett-Smith. But, inexplicably, “Boom! Shake the Room” has been left out, as has “Ring My Bell” – record label politik as usual?

The next section is what really propelled Smith to inter-galactic proportions â€“ “Men in Black”, “Getting Jiggy With It” and “Miami” is as strong a sequence as any greatest hits compilation could hope for. Of course, we now hear speculation that Jay-Z and Nas MAY have helped ghost-write parts of these classic hits, and, in retrospect, it is easy to imagine Jigga actually getting Jiggy with it – picture him spitting these lyrics:

“Eight-Fifty I.S. if you need a lift
Who’s the kid in the drop – who else? Will Smith
Living that life some consider a myth
Rock from South Street to One Two Fifth
Women used to tease me – give it to me now nice and easy
Since I moved up like George and Wheezy
Cream to the maximum, I be asking ’em
Would you like to bounce with the brother that’s platinum?
Never see Will attacking ’em
Rather play ball with Shaq and ’em, flatten ’em!”

The next sequence is lifted from his failed ‘Willenium’ album â€“ “Freakin’ It” is simply sub-standard, “Will 2K” wasn’t a bad stab at a millennial song… But “Wild Wild West” is perhaps the song that turned a slip into a slide – and made the public realise that Will had probably moved on to bigger and better things, once and for all. The “Nod Ya Head” Remix follows (was there ever an original?) and it charts the downfall. Only one song remains – and it is a timely reminder of what the Fresh Prince does best. “Just The Two Of Us” takes a sweet sample and updates it – what could have been an incredibly cheesy celebrity affirmation of the ‘have-it-all’ lifestyle, is actually a sweet ode to the joys of fatherhood. Of course, Mike Myers and co hilariously sent it up in Austin Powers (with Dr Evil rapping to Mini-Me), but the original will stand the test of time.

I hope that Will Smith’s music will last. Is it revolution music? Maybe not. But looking at his story now finds a cast-iron timeline for Hip Hop itself: young MC telling stories; finding fame on TV and celluloid; becoming a global A-List megastar; complacency and getting dropped; and trying to comeback for the love of it. For a while, at least, he did have the rap game sewn up, after having spent a decade on the grind, and only now are people starting to realise the real effect that the Fresh Prince and Jazzy Jeff had. However, a definitive Greatest Hits compilation would help. This album misses hits such as “Boom! Shake the Room”, and his late forays such as “Switch”. The song which is most missed, however, is “So Fresh” – I recently saw this video on TV, and it sums up everything. It features Slick Rick the Ruler himself, Jazzy Jeff and Biz Markie – Will Smith deserves to be spoken about in these illustrious circles, as one of the main protagonists of Golden Age hip hop reaching all the way through to the present day. Add to that the fact that he never swears on record, he genuinely paid his dues, and has used rap to propel him to new heights (Will Smith for President, anyone?). Let’s hope that future generations of Hip Hop Heads listen to the kid and stay FRESH!