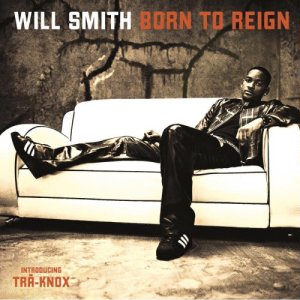 Will Smith :: Born to Reign

If you don’t know his name, you’ve probably either been living on the moon or hiding in an Afghanistani cave. Arguably, he is the most well-known entertainer in the whole world other than a Michael named Jordan or Jackson. Who would have guessed from his modest beginnings as one half of the duo DJ Jazzy Jeff & the Fresh Prince on the album “Rock the House” that he would go on to multi-platinum albums, a long-running hit sitcom on NBC, and some of the biggest movie blockbusters Hollywood has ever seen? Some would have said Smith should give up his rap career after films like “Independence Day” and “Men in Black,” but since that time he recorded both the smash hit “Big Willie Style” and the somewhat less successful but equally significant “Willenium.” To Smith it doesn’t matter how much money he makes, he’s not about to give up the microphone.

Most of his critics seem to miss this point or think that Smith could not possibly that talented in two areas at the same time. Why not? His acting career evolved out of the charisma and personality he displayed in concert and through music videos, so in reality everything he’s done is the logical extension of his Philly born-and-raised hip-hop roots. Releasing new albums every few years keeps that tradition alive, and a man with seven albums and hits in two decades from “Parents Just Don’t Understand” to “Gettin’ Jiggy Wit It” has nothing to explain to anybody. With his new album “Born to Reign” and the first single “Black Suits Comin’ (Nod Ya Head),” Smith can say he’s had rap hits in three decades running. How many entertainers in ANY music genre can you say that about?

At the same time Smith still has to prove he has the credentials every time out. It really doesn’t matter whether Smith records an album at this point that sells diamond or just goes gold, he’s got money in the bank either way. The only thing Smith needs to do these days on a record is have good beats and quality rhymes, with or without the smash hits. The old school roots Smith has are shown on tracks like “How Da Beat Goes” (borrowing from “Jam On It” by Newcleus) but he’s also thoroughly blended into modern urban contemporary with the Track Masters produced “1,000 Kisses” featuring vocals from his wife Jada Pinkett Smith (she’s aight). On the whole album, the only song that seems out of place is the title track that opens it, produced by Rick Rock. True to his form it’s a powerful beat that’s suprisingly symphonic, but actually seems too boombastic for Smith. He tries to rhyme louder and more aggressively to compensate, a style that’s never fit his laid back and witty style.

“Act Like You Know” is more Smith’s groove. Built on a sample from “Trans-Europe Express” and featuring a sung chorus by D. Banga, the song is an ode to dancing and partying in which Smith may be borrowing a bit from Bobby Brown; he’s certainly “too hot to handle” at any rate:

“Yo look here dunny last weekend was a mistake
That mami tryin to dish it out when she couldn’t take
Come at me dancin wild like this thing is a game
One little move on her and she burst into flames (WHOOSH!)
The whole club runnin, tryin to ruin my night
I told her roll around a lil’, she be aight
Then everybody mad at me, all up in my face
Somebody shoulda told that girl to stay in her place
You feel a little heat baby girl I’m behind ya
And hopefully your burnt Gucci dress’ll remind ya
of how serious I am, maybe it’s crazy y’all
But if you wanna play honey, go get a baby doll”

Smith plays around with his flow on a few tracks, mixing a little salsa into his breath control on the snappy “I Can’t Stop,” sing-rapping his lyrics over the Timbaland style “Willow is a Player,” and even putting a little Jamaican riddim into his music on “I Gotta Go Home.” It all works simply because Smith is relaxed, enjoying his long-time experience at flowing rhymes effortlessly to the fullest. While the album ostensibly serves to introduce a protege named Tra-Knox, Smith is the star of the show like any motion picture he appears in. Some people will automatically presume there’s no reason to buy this album other than it’s tie-in to “Men in Black II” but that’s their loss. Has Smith become a better rapper over the years to the degree he has improved as an actor? Probably not, but he hasn’t regressed in finesse either. From the smooth Summertime-like odes of “Maybe” to the pure party-starting hip-hop deconstruction of “Give Me Tonite” Smith proves that his albums are still just as interesting as his films, and either way the ubiquitous entertainer aims to please.