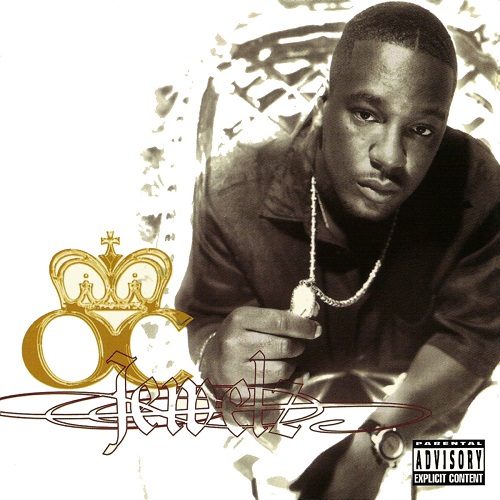 In many ways, the careers of Nas and O.C. run parallel. Both released classic debuts in 1994, and immediately following those debuts, expectations began to run so high that neither could fulfill them. In part due to practice (he has released seven more albums since), Nas has re-ascended the throne. O.C., however, has not even approached the intensity displayed in his early days. “Jewelz” followed “Word…Life” in 1997, and “Bon Appetit” arrived in 2001. Neither reached the acclaim of his debut, which should have been expected after such a success. With another finally on the way, it’s time to travel back and examine the first of his “failures” to discover whether it was really a failure at all.

The problem for an artist who is nearly perfect the first time around is that his successive releases will be compared endlessly to the first record. It is a difficult situation, because the fans are justified in expecting more heat, but it is unfair to the artist when a good album is hated because it does not compare to the first. “Jewelz” falls squarely into this situation, because despite the fact that O.C. seemed to have lost some passion along the way, the album is consistently entertaining, with a few great moments.

A thirty second instrumental intro leads into the first song, “My World.” A notable change in O.C.’s music on “Jewelz” is the participation of DJ Premier, who laces four tracks. “My World” is one of these, a smooth, haunting track that isn’t one of his best but will certainly suffice. Primo is the shining star here, though, because O.C. drops a couple of unmemorable verses. His words flow together well from line to line, but the content of the rhymes leaves something to be desired:

“Some wish that I was gone ’cause they know I’ma win
In a minute I’ll be makin’ six G’s times ten
I’m the computer, printin’ out data take notes
Then analyze the information and press send
Freaky like porno, Ron Jeremy saw no
Obstacle or pussy to stop him from bonin’ a hoe
Me and the mic double trouble
Chicks look at us like twins, all lovable and huggable
Prognosis, on the, mic I choke out
Had the same effects from coughin’ blowin’ smoke out
Architect, rap technician, man listen
It’s no doubt you gonna pump this in your system”

The most disappointing moment on the album follows. I challenge anyone to name a collaboration more promising than O.C., Organized Konfusion, and DJ Premier. Incredibly, it fails. Premier’s beat to “War Games” is decent, but a bit jumpy and simplistic. The conceptual intelligence that Pharoahe and Po had demonstrated as a group is nearly unintelligible due to the song’s subject matter, which deals with simple battling in the extended metaphor of war. Instead of a focused concept, as seen all over their earlier material on songs like “Releasing Hypnotical Gases,” they take the less creative route. The song is solid, but with the personnel involved, it easily could have been classic.

A couple of throwaways trail right behind the collabo. “Can’t Go Wrong” is hip-hop smoothed out on the R&B tip, and the slight production adds no inspiration to the song. The harmonized hook softens the track even more, making Premier’s lackluster offering on the previous track sound like a certified banger. O.C. does provide an uplifting view of women, though, which is obviously refreshing. “The Chosen One” is not much better, as O.C. claims his spot at the top over another silky beat and R&B singing. O.C.’s work here is effective, but the rest of the elements are not in place.

The guests on “Jewelz” are not plentiful, but they are perfectly placed and very memorable. Big L stops by on “Dangerous,” and doesn’t disappoint in a Diggin’ In The Crates throwback. Freddie Foxxx is on two tracks, both assisted by DJ Premier. “Win the G” is a simulated battle track in which Foxxx and O.C. take down fictional opponents. A wicked minimalist track powered by heavy bass allows the two to spit their most powerful battle rhymes. O.C. does a great job of keeping up with Bumpy Knucks, and they seem to feed off of each other. “M.U.G.” is in the same vein as well, albeit without the intense energy.

There is a surprising number of softer tracks in the second half, but where the earlier ones failed, they succeed. “Hypocrite” and “Stronjay” have production that is catchy enough to be enjoyable, but not quite gimmicky. The D.I.T.C. production on the second part of the album is heartier than some of the offerings found earlier on the album, so while O.C. doesn’t turn heads, each song is complete enough to be satisfying. One of the biggest weaknesses on “Jewelz” is the lack of a classic track or two, but for the most part, the record is consistent enough to make that forgivable. The production is a constant, but the personnel involved have all made vastly superior music. In accordance with the beats, O.C. hardly ever displays the vicious passion he is known to possess on the mic, and instead of taking command of each song to convey a message, he drifts too far into tired topics and occasionally seems bored. He is a tremendous lyricist, so the rhymes are always well-constructed, but he is a better artist than he displays on “Jewelz.”

As a whole, O.C.’s second is above average, and certainly worth a look. His words are not riveting, but the combination of solid rhymes and worthy production makes nearly every song have value of some sort. A couple of beats are truly stunning, and on occasion (mostly with inspiration from his guests), O.C. gets angry again. Take it for what it is, a good record from the D.I.T.C. camp and a few collaborators, and pick it up if you see it around. Just don’t expect Slick Rick samples and provoking, versatile rhymes, or you’ll be disappointed.