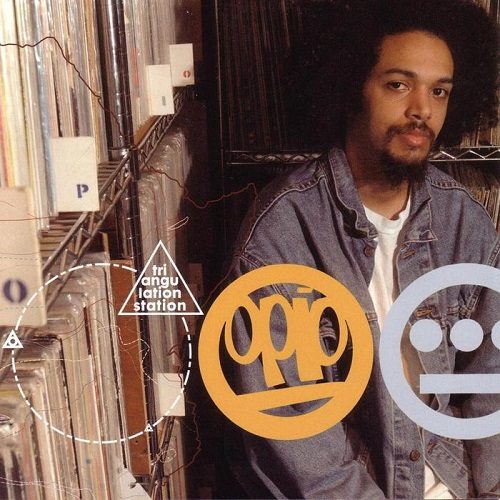 With a legacy that extends all the way back to Del the Funky Homosapien’s 1991 release “I Wish My Brother George Was Here,” the rap collective known as the Hieroglyphics is one of the most enduring cliques in all of hip-hop save perhaps The Almighty Universal Zulu Nation. Although Del’s popularity lead to major label deals for different members of the click on Jive Records, most notably a four man formation known as the Souls of Mischief, those deals got quickly nixed when #’s that would otherwise be strong for an underground group failed to impress a label dumping hip-hop acts in favor of video friendly teenage heartthrobs like the Backstreet Boys. For some artists this would have been the cue to throw in the towel, but instead the Hieroglyphics turned to their core underground audience and survived on direct marketing through their Encore and Z-Man. Much of the fascination with the Hieroglyphics though remains with the core members: Del, Casual, and the rappers who formed Souls of Mischief – Tajai, Phesto, A-Plus and Opio.

Recent years have found the Souls working on solo albums which showcase their skills and seperate identities outside the group formation, such as Tajai’s “Power Movement.” Opio naturally lends himself to such a project, because although he was sometimes overshadowed inside Souls he is clearly one of the most articulate and thoughtful MC’s in hip-hop. Some might accuse him of sounding a little bit on the nerdy side, but then again those same people sleep on Gift of Gab and Lyrics Born for the same reason, and it’s their own loss if they do so. With production from his Hiero associates and other underground notables, “Triangulation Station” has a strong foundation for success right from the start. While Op’ may live in the material world with the rest of us, his spirit soars to higher planes on songs like the self-produced “Dream… But Don’t Stop”:

“It’s all cyclical, so watch what you do
Recognize game, you’ll reach heaven, but it’s pivotal (that)
you let your mind gleam like a white tennis shoe
Money might interest you, but it shouldn’t be intrical (nah man)
Keep your physical in balance with your spiritual
Indivisible, it’s nearest you, so listen dude
Edwardian theories you can throw ’em out the window too
Thinkin ’bout fuckin your moms? They was trippin
Divisive, destroyin the bond, I’m not with it I’m cool
The trick-knowledge in school, they kickin to you
You know +American Beauty+, the movie
where dude pops for some booty? Stay aware
Cause they tryin to do you see, sick as Hitler and Musi
Young George W, put your neck in the noose G”

Not every track is meant to stretch your brain or provide life lessons though. The Hieros have always been known for fat flows, dope beats and clever lyricism. You can find examples of Opio wrecking with the crew and having fun on tracks like the Domino produced gems “Confederate Burning” and the A-Plus laced “Talk Dirty,” or doing it on all for dolo on the self-produced “Take My Chances”:

“Could be a drug what it’s feelin like, the energy man
Can’t get enough of this shit, got the spike and rubber bands
It’s a muh’fucker in this life, I’m right I’m bubblin
It’s right from the begin, the light comes from within
Trust my instincts, not the government
Try to get me with the nightsticks, cuff me and give me 10
to 15, I’m emceeing steer clear of felonies
Ride with this melody, you will remember me
Though +Arrested+ my +Development+ I’m not from ‘Tennessee’
Infinity, we can achieve, yes indeed”

It’s hard to find anything to front on within the three sides of “Triangulation Station.” Opio strikes the perfect balance between playful fun and verbal skills, never going too far over the listener’s head but not refusing to dumb down the lyrical and musical presentation. A perfect example of this equal tuning between sublime and silly can be found on the outstanding “For Those Who Don’t Know,” with a light Opio produced musical backdrop and scratching by Toure:

“Bitches hate me; callin me a egomaniac
But women love me; admire how my brain reacts
and adapts to, each situation
Scenarios I’m facin, those lariats and chains
could not restrain, the way I slice through the air
like a kingfish, or a bullet when you squeeze triggers
from the heater sizzler, in the grasp of an insecure man
He’ll end up with blood on his hands
Get on the stand start snitchin the intricate details
Cause in jail he’s the same as a female!
I tell chicks – YO, send me a e-mail
Just because I’m worldwide, don’t blow up my NexTel
Sex sells, so without a video with all them silly hoes
I wonder would he go gold or get ten sales?
Me, I see about thirty thousand
They still be bumpin my shit in urban housing
Now, multiply that by five
You’ll see I’m not greedy, rapper survival
So I’m libel to pat your pockets if you don’t got my dough
Show promoters like Frasier and Niles”

With seventeen tracks and almost an hour of well thought out and well put together hip-hop dopeness, it’s not at all hard to see why an album like Opio’s “Triangulation Station” can sell 150K with no radio or video airplay easily. Imagine what he could do if he had that deal from Jive and a few spins on Direct Effect or 106 & Park THESE DAYS. Nonetheless this album will be highly appreciated by those who already love the Hieros, a treat for those who don’t know them but take a chance on Opio anyway, and a sleeper classic for the rest whose radar it goes under completely. Smooth like a shot of Maker’s Mark and fresh like the smell from a shot of Tuaca, “Triangulation Station” goes down smooth and gives you a nice buzz without the uncomfortable bling bling hip-hop hangover.