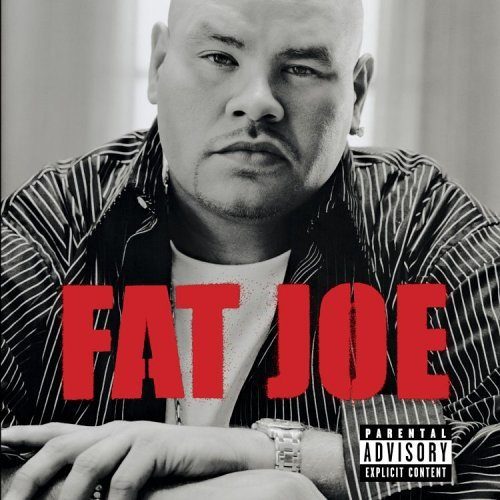 Fat Joe :: All or Nothing

Where the hell does the time go? Over a decade and some change ago I remember hearing “Flow Joe” for the first time as a college radio DJ. And to be quite honest, I also remember not being impressed. At the time I thought Joe didn’t have that much flow at all. He had some nice beats thanks to his association with Diamond D and the whole Diggin’ in the Crates family, but his breath control was stilted and awkward, and his verbals didn’t impress me. In fact it became a running joke between me and another DJ named Brian to do Fat Joe impressions by getting really winded and then freestyling the most simplstic shit we could think of. Okay so it’s not that funny now, but at the time the words “I’M FAT JOE, THIS IS HOW I RAP, IF YOU DON’T LIKE IT, YOU CAN TAKE A CRAP” would have us busting up ’til tears rolled down our eyes.

As time went by though, it turned out the joke was on me. I had been sleeping on Joe so hard that when the DJ Premier remix of “The Shit is Real” came out it cracked me like a 2×4 right between the eyes. I had to do a double take – nah that can’t be No Flow Joe, that shit’s dope – and yet it was. It occured to me that maybe I had Joe wrong all along. And to his credit Fat Joe has not been wasting his time in the last 12 years. His breath control got better, his narrative abilities and lyrical wit got sharper, and he kept coming back with even more banging beats. Part of it may have been the time he shared with Big Pun while he was still on terra firma (R.I.P.) but it’s obvious even without him that Joe still has ambition second to none. After Pun’s death Joe came back with two solid albums: “Jealous Ones Still Envy” and “Loyalty,” proving wrong all the naysayers who claimed Pun was his ghostwriter or that Joe wouldn’t have the heart to rap without him.

Joe has been oddly quiet in the three year span from then until now. Sure there was the Terror Squad “True Story” with it’s hit single “Lean Back,” but let’s be perfectly frank about the fact the only two dope MC’s to come out of Joe’s Squad were Big Pun and Cuban Link – one’s dead and the other has an album that’s been pushed back so many times it got pushed outta sight. Joe is the star that shines brighter than all of today’s T.S. members put together, and the success of “Lean Back” as a single only proves it. Ironically it also drew the attention of 50 Cent, who sarcastically quipped a few lines about Joe on “Piggy Bank” from his latest album: “That fat nigga thought ‘Lean Back’ was ‘In Da Club’/ my shit sold 11 mill’, his shit was a dud.” DEM’S FIGHTIN’ WERDZ! If anything we should thank 50 for that line, because Joe’s finally dropped a new album called “All or Nothing,” and he sounds fired up right from the “Intro”:

“No I’m not lettin y’all take me out the game
And no I ain’t lettin y’all niggaz ruin my name – it’s CRACK!
… That’s right, the welcome mat on the ground ain’t the same
Damn right ya homey Joe done changed
Let’s be honest y’all niggaz left me to die on that cold December day
BUT, I survived; so much if you thought I
would pull up in the corner and die, not I
… No people, not me
As long as Streetrunner keep makin them hot beats
I +SHIT+ on you hater…”

This album was pretty hot even before he fired this first shot though, thanks to the Just Blaze produced underground single “Safe 2 Say (The Incredible).” With a Chuck D sample scratched in for the hook and some hard rock hip-hop that bangs like an M.O.P. track, Fat Joe came back on the scene with a vengeance:

“Once again so you know it
Ain’t been this much hype since that Nas and that Hov’ shit
Coke spit, the fo’ fifth chrome spit
Go-getter since I was small, no better than yours
Truly just check the suicide doors
Thirty inch grill and that black mink floor
Lookin back I did the shit to death
I guess I ain’t killin it this rhyme – I’m here to raise the dead
I’m here to raise the stakes this time it’s ten mill’
Supply the sink ill, ship five and then build
And I’m – Joe Crack, B.X. finest
You rewind this, Terror Squad behind this”

Jay-Z isn’t the only one who can pay tribute to Biggie in a rhyme. Of course no new album by any big name MC these days is complete without at least one crossover radio single, but let’s give credit where it’s due to Joe that “So Much More” is one of the hardest so-called crossover songs to hit the top of the charts in a long time. The Cool & Dre beat is insistant, hypnotic and infection, and Joe fires it up by singing the hook. Singing? Yeah and let me tell you, he’s a lot better at it than I am. Be that as it may, it’s really the lyrics that got me open on this one. They were hardcore, and they were fuckin’ funny as hell to boot:

“And we don’t see nobody
Make your hair stand up like you’re ‘Growing Up Gotti’
Hit lyrics everytime we come out, nigga
Use a fist ‘fo’ it come out ya mouth
The way I’m stackin white these days
Looking like a chick that go wit Flava Flav
And I’m so so real, niggaz wanna kill the Don
Front of my house, probably wit my son in my arms
But I, drop ’em like it’s hot, pass him a glock
My little shorty’s a chip off the old block
Go against Coke, Letterman Show
I give you +10+ ways to kill off the whole block”

This album had some pretty high expectations riding in because of the two lead singles, but “All or Nothing” doesn’t slack off at all. In fact Fat Joe brazenly calls out 50 Cent by his real name on the diss track “My FoFo,” with some I-can’t-believe-he-went-there lines like “Is it me or does ‘Candy Shop’ sound like ‘Magic Stick?’/In the video, this nigga 50 bout to strip.” Ouch! Doesn’t hurt that Cool & Dre did the beat for this one either. Other hot tracks they lace for Joe include the swinging “Rock Ya Body,” the smoothed out “I Can Do U” and the TRUE future crossover single “So Hot” featuring R. Kelly. There’s plenty of other hotness to go around though, from the Scott Storch produced “Get it Poppin'” featuring Nelly to the Timbaland banger “Everybody Get Up” to the addictive DJ Khaled blessed “Beat Novacane.” There aren’t many misses to be found here, but I would count Swizz Beatz’ work on “Listen Baby” among them, because it’s just a little TOO sugary for the Latin Don of Rap. Still Joe ain’t afraid to reach out to the other side on songs like “Hold You Down” with Jennifer Lopez, and that’s the most remarkable thing of all – Joe has actually filled the same niche that Notorious B.I.G. did in his prime. He’s loved by the thugs and the ladies alike; hardcore enough to get respect but suave enough to be loved. Fat Joe is nobody’s joke any more – he goes for “All or Nothing” on this album and in doing so even serves notice to competitors for that dapper throne that it’s not 50’s to own. I think it’s safe to say he doubled up on the bet.

Fat Joe :: All or Nothing
8Overall Score
Music8
Lyrics8