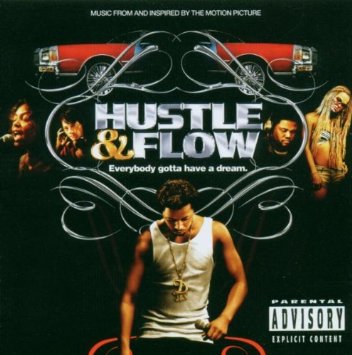 To be certain, hip-hop movies are a dime a dozen these days. That’s not bad at all – it just goes to show the degree that hip-hop music and culture have taken over the mainstream media outlets no matter how much bitter old white men like Bill O’Reilly might wish it otherwise. The only downside is that not all of these movies are good. That’s okay, at least hip-hop movies have hip-hop soundtracks. Then again, not all of these hip-hop soundtracks are that good either. Sometimes a hip-hop soundtrack is nothing but rejects not good enough for an artist’s own album, or unknowns the label wants to push onto the public. Did Mz. Kilo ever get over with all her appearances on Jive soundtracks for hip-hop movies? Didn’t think so. Did Ali Vegas ever get an album in stores after his cameo on “In Too Deep?” He may have more buzz than Mz. Kilo, but not much more success. We certainly haven’t heard much from Napalm and Soldier B since “Training Day” though. The list goes on and on.

Fortunately for the producers behind “Hustle & Flow,” they’ve not only learned from the mistakes of past hip-hop movies but of past hip-hop movie soundtracks to boot. First and foremost you have to give props to matching the movie with the soundtrack nicely. The film is all about the underground Memphis rap scene, and about the rise of Southern rap to the current prominence it has in the rap world today. To that end the soundtrack features artists from Orange Mound to Houston, namely 8 Ball & MJG and Mike Jones respectively. Representing the theme and the scene is one thing, but they also have to come correct with the music. That they do – even the protagonist of the movie Djay gets his shine on with a few cuts on the soundtrack, such as the title track “Hustle and Flow (It Ain’t Over)”:

“Look this is my life, and it’s a battle within
I gotta survive, even if I’m sinnin to win
And if I show no remorse I reap the devil’s reward
He said he’d, give me riches but I’m lookin for more
When I was young, witnessed my dad, standin for right
Black pride in him even though he passin for white
Took years from my life, now I’m missin the man
Moms on some other shit and now I’m missin the plan
And so I’m… stuck in this fuck-a-marole
All the lessons to a young teen baby was cold
Then my pimpin-ass Uncle put me up on the game
It really ain’t no love it’s ’bout this, paper mayne
Put me in a position, got me out on a mission
Collectin from the hoes turned on to my pimpin
A nigga from Memphis dealin with life as a struggle
This is the gift I was given so I just live by my hustle”

Of course a soundtrack would be nothing without a hit single and some big name artists to make it crossover, and the remix of P$C’s “I’m a King” featuring Lil’ Scrappy and T.I. serves that purpose:

T.I.: “Now, e’rybody wanna be the king of the South
When, they ain’t runnin a damn thing but they mouth
No doubt, it’s all good, y’all just statin y’all opinion
But in the South and in the hood it’s understood without sayin
It’s a given, and ain’t because of what I’m doin for a livin
It’s, mo’ because of what I do and how I’m livin
Not to mention when I’m rappin I’m just hurtin niggaz feelings
(Niggaz feelings) And still chillin on somethin that’s into healing
Made provisions for the clique to continue keepin it pimpin
Whether crack was in the house or record sales was through the ceiling
So say what you want, and do what you please
But for fun, I shoot 22’s from your shoes to your knees
I run a record label and a crew of G’s
So, niggaz’ll come and look for you if ya sneeze
or even breathe the wrong way, you better do what the song say
And be easy, or else it’ll be a long day”

The list of artist’s is like a Southern who’s who of the scene today: Webbie, Boyz N Da Hood, Chopper, Juvenile, E-40, Lil’ Boosie, so on and so forth. While I’ll admit I don’t personally care for every single artist that appears on the soundtrack, the variety and mixture of the songs is more than enough to make up for it, and the crunkness of the music fits the soundtrack like a hand in a glove (and not O.J. Simpson’s hand mind you). “Hustle & Flow” may not be the greatest thing since sliced bread, but as hip-hop movies and hip-hop soundtracks go, it’s a refreshing change of pace to see people are taking both formats seriously.