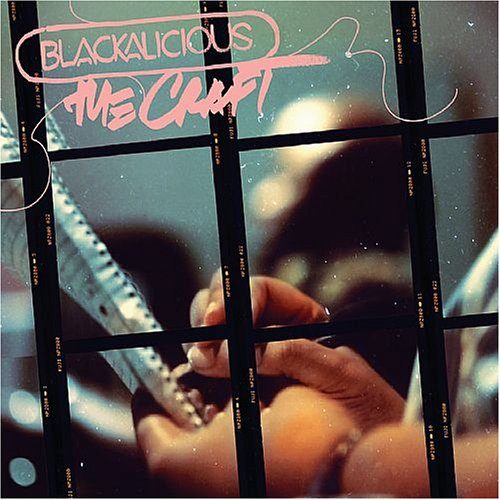 Pagans and horror film fans probably think of a coven of witches working in concert when they hear “The Craft.” Painters and art aficionados probably think of someone holding a palette slaving away in front of a canvas. The truth is that a Blackalicious album is a complex and engaging combination of both definitions. The artistry that rapper Gift of Gab and producer Chief Xcel create together can’t be denied. Certified classics like “Nia” and “Blazing Arrow” have inspired hip-hop fans and the future generations of rap musicians through supreme mastery of their craft. How the often unrecognized and entirely underrated duo continue to do it each time could be described as magical. How does Xcel always find a beat you’ve never heard and use it in a way nobody else could? How does Gift of Gab always rap a fresh lyric and flip it in a way nobody’s heard before? You could say it’s in the water in California, but in that case other Cali rappers and producers would be as fresh, and VERY FEW are.

Despite being mass-produced and well distributed, Blackalicious is never watered down or filtered to be more palatable to a lowest common denominator. Instead the duo stand at the apex where superb skills meet magical means of making music. Even if you can’t explain how and why they got that dope, it certainly doesn’t stop you from appreciating “The Craft.” The most remarkable thing is that for the adventurous who are willing to leave banal pop music behind, “The Craft” is easily accessible. Gab and Xcel reach out with their artistry and bring you up to their level. You don’t have to be an expert in cinema to appreciate movies like “Schindler’s List” or “Pulp Fiction,” even though they are superb examples of the craft of filmmaking. You don’t have to be an expert in the art world to look at Van Gogh’s “The Starry Night” or Jakuchu’s “Tiger” and appreciate their visual beauty, even though they are extremely well painted.

Simply put there could not be a more appropriate title for a Blackalicious album than “The Craft.” Xcel and Gab are master artisans with a magical ability to transcend the mere act of making music. Their songs transcend the capitalistic formula of packaging and consuming whatever the latest shit in rap is supposed to be. You don’t just listen to an album like “The Craft,” you EXPERIENCE the album. Just like great films and great paintings are a different experience every time they are perceived, “The Craft” is a different experience each time you listen to it. You could get lost for days in the subtle multi-layered musical groove and soft-spoken delivery of “Give it to You.” The chorus describes lyrics “from the mind that’s prime, arrive on time, and rip into you fine as wine,” and that accurately portrays what Gab and his guests Kween and Lyrics Born offer. “Powers” is Gab’s foray into an Andre 3000 style of “Hey Ya!” singing and swinging, but also describes a woman who Gab is so entranced by he feels like he’s under her mystical power. “Lotus Flower” floats along a P-Funk groove only made more appropriate by the cameo apperance of George Clinton. “Rhythm Sticks” is some straight up boom bap b-boy funk where Gab whimsically “spells out” who Blackalicious is to those who aren’t familiar with their work. Individually each song is completely unique, but collectively each song is uniquely Blackalicious. Perhaps the best way to explain this would be to cite from “Supreme People”:

“Trapped like rats in mazes for the cheese
Every natural resource is here, we don’t really need money
But certain people need power over people
They act like that cause they’re trapped inside their EGO-sphere
And now you can’t feel free
Without material possesions, you can’t just be
And without ’em you’re left stressin, so anxiously
So you grab the Smith & Wesson, then aim, then squeeze
To get what’s comin to ya
The block’s so hot, it blew the top off the thermometer
The rush for drama is more appealing than a plain life
Cause life is insane, so insanity is a sane life”

Blackalicious cultivate that sense of well-being through music freed from the limitations of one style of rap; through rhymes liberated from the cliched forms of “keeping it real” that are instead kept real artistic. Whether it’s the intoxicatingly twisted super spitting of Peace and Gab on “Ego Sonic War Drums” or the laid back but quickly spit feel of “Your Move,” each song finds sanity in it’s own insanity. Quoth Gab: “Some rappers make good records but live they are a failure.” True! Blackalicious will never have that problem though because their music is open to new interpretation each time you hear it, so a live performance would not have to recreate “The Craft” note for note and word for word. Try this album in as many different ways as you like – straight through from “World of Vibrations” to the title track at the end, on random shuffle through the songs, or pick a new favorite each time and listen to it repeatedly. The magic in “The Craft” is that whether you’re a student of the craft of hip-hop or not, you’ll always enjoy the experience. The magic in “The Craft” is that it doesn’t get stale with time – the beats and rhymes only get fresher and fresher. Blackalicious create worlds of sonic wonder with their magic, and one only hopes they never give up their powers.