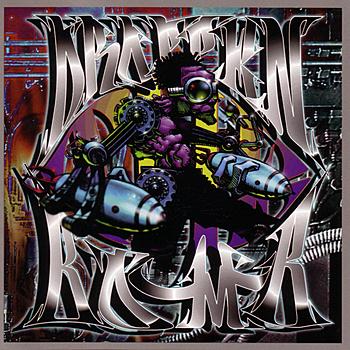 There is a wormhole in the Hip-Hop Galaxy that just happens to open-up at the Bomb Hip-Hop headquarters in San Francisco, CA. Gathering from the past, mixing in some present, and pushing the envelope of the future has been the labels formula since it burst onto the scene in ’94 under the direction of David Paul (most notably on the “Return of the DJ” series). With “Droppen the Bomb” they utilize this formula to create a two-disc hip-hop landmark.

Disc one is a compilation of jams that made their way out in the singles circuit, but probably got passed up or tucked away by those unfamiliar to the flavor. DJ Paul Nice’s “Definition of Nice” (featuring AG, DJ Babu and Gennessee), Swollen Members’ “Dark Riders” are tracks that found space on their respective albums and find a comfortable slot in this compilation as well. There a number of artist here that are on the bubble — they’ve made some noise, but not enough to secure a spot in the permanent memory section. “Droppen” will undoubtedly change that status. There is one particular track that screamed dÃ©jÃ  vu real loud though — a Noggin Nodders borrowed some Dr. Octogan vibe with their warning to wack MC’s in the form of “Call 4 Backup.” A smooth guitar strum, light vibes, with a solid kick and snare on the skins, where you get the feel something “ultra” is happening to you on the sneak tip.

Disc two is a special bonus disc of Bomb Hip-Hop’s first release, circa 1994, previously out-of-print. Making statements are Blackalicious with “Lyric Fathom,” Madchild (Swollen Members) featuring Dred Scott and DJ Q-Bert with “Pregnant,” and Mystik Journeymen’s head-bobbing “Swing.” Listening to some of these astist in their pre-seasoned stage will make some say, “yeah you made a wise decision on the style change,” but the total vibe from this disc is not a simple hole-in-one. The Jigmastas welcome you with a jazz-soul sample joint crushing MC’s with various tongue twisting styles while Total Devastation sends you off into concrete jungles to rid them of drug dealers sampledelic style. In other words, these cuts got flava.

A lot has happened topically in Hip-Hop between the street wise mid-nineties to the now infamous bling-bling sound of the new millenium. “Droppen the Bomb” will enable you to sample some of the best parts from both eras creating a new perspective for you to explore. Hopefully there will be some investigation into the, “Where are they now?” file as well as the “How can I get more of this?” sector. Bomb has honestly dropped a bomb on the Hip-Hop massive this time. Being under the cross-hairs hasn’t been a favorable position in a while, but now unlike any other, this is an acceptable time.