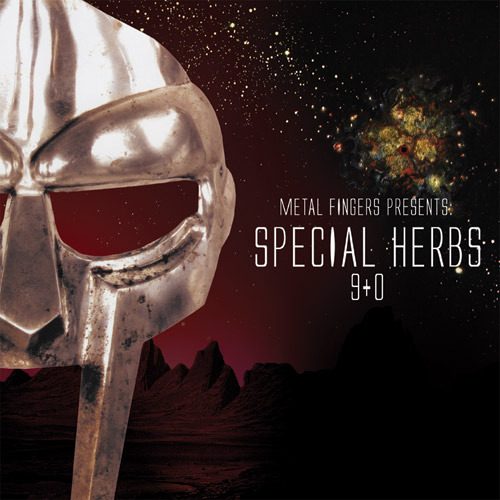 Some artists and musicians are so prolific you wonder if they even have time to eat or sleep. The passionate purple funk of Prince. The trunk rattling beats and rhymes of Daz Dillinger. And how did Donald Sutherland end up on ABC’s “Commander in Chief” and Lifetime’s “Human Trafficking,” both of which will be on TV in the same week? The simple answer is that some people are just driven. For them to stop doing is to stop living. They must create and create and create until they are either figuratively or literally exhausted. Such people don’t contemplate taking breaks – they move right from one project to the next.

MF Doom is just such a person. Within the last twelve months alone he’s released the “MM Food” album on Rhymesayers, the “Live From Planet X” album on Nature Sounds, and just this past week conspired with uber-producer Danger Mouse to release an album under the name Danger Doom titled “The Mouse and the Mask.” That’s just one of many aliases for Doom though, who as a rapper has been known as everything from Viktor Vaughn to Zev Love X (in his K.M.D. days). Does the man even know what the word vacation means? I’ve yet to see proof of it. As if all of this weren’t enough he also moonlights as a producer under ANOTHER alias, that one being known as Metal Fingers. Although this latest volume of “Special Herbs” has a listed release date of July, it’s clear Shaman Works took advantage of the publicity surrounding the Danger Doom release (inspired and promoted by shows on [Adult Swim]) to get extra shipments of this latest volume into stores. In fact of all the Metal Fingers releases to date, this is the first one this writer can remember purchasing personally and not over the internet.

Almost every track on a Metal Fingers release is an instrumental with a name that references something that grows in the earth. It’s easy enough to recognize a few of the names on the second half (or if you prefer “Volume 0”) of this compact disc, with names like “Passion Flower” and “Coca Leaf.” On the other hand only botanical experts would know a song like “Vinca Rosea” on the first half (“Volume 9”) is the formal name for the plant periwinkle; or that “Podina” is more commonly called field mint or Japanese mint. Don’t presume your humble reviewer is that much of an expert either – I looked all of this up through Google. Nevertheless the theme is not as important as the sounds, and when it comes to music Metal Fingers is just as bugged and creative as his Metal Face alter ego. “Vinca Rosea” hints at being old school Motown soul even though it’s composition is entirely original. “Burdock Root” is some meandering jazzy funk you can kick your feet up and headnod to. “Podina” sounds oddly familiar, not unlike something you would have heard before on one of Doom’s many releases, but you’ll never quite put your finger on it. Nor can you really describe Fingers’ “Untitled,” a rare track with no botanical reference that’s a mixture of beatboxing, kung-fu movie fluted theme music and imperial horns that blow like the arrival of a powerful monarch.

And that friends is just “Volume 9.” It’s hard to say whether the “Volume 0” half of this release was actually supposed to imply that it’s the 10th release by Fingers or if there’s a more abstract point that a zero alone implies, such as being liberated from an ordered hierarchy to exist outside or apart from it. You’ll certainly feel as if you’re drifting outside existence if you close your eyes and enjoy the hauntingly beautiful “Coltisfoot Leaf.” On the other hand “Orris Root Powder” sounds very concrete and grounded in reality, like it was the theme song for a TV show you loved watching in childhood but can’t remember the name of. Each beat that comes from the hands of Metal Fingers evokes strong memories and feelings, which is perhaps the greatest compliment any producer could ever receive. In fact these herbal songs sound better without any lyricists rhyming on them, meant to be enjoyed solely for their pure medicinal effect without being watered down or diluted. By the time you reach the “Peach Extract” you’ll be happy with the total experience; and it should be noted this one track alone I can 100% nail down the source for – K.M.D.’s “Peachfuzz.” Perhaps the 0 just means that MF Doom/Metal Fingers is bringing everything back full circle. If you’re a fan of MF’s or of great hip-hop instrumentals, don’t pass up this release.