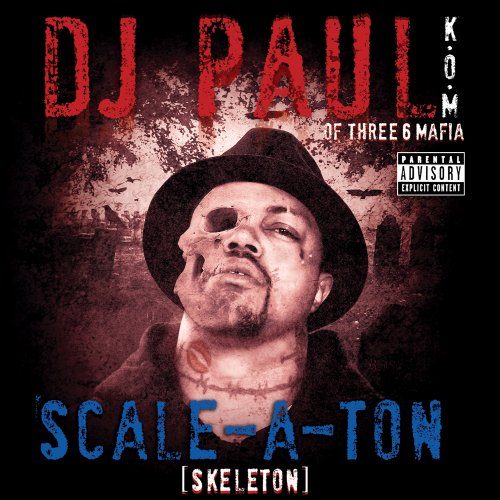 This isn’t supposed to be a good CD. This is supposed to be the deconstruction of a group that as a whole can be great, but individually can be lacking. Let’s face the facts, Juicy J and DJ Paul are “the superproducers” and have never claimed to be “the superemcees” or even “emcees.” As the entity that was once the Triple 6 Mafia has dwindled to a duo consisting of the best producers, but weakest emcees, of the group one would have to be blind to notice the change. Some would call it a decline, but in the decline some things have improved. The group has won a Grammy, sold more records, and taken a much more soulful and universal feel during that time. Willie Hutch has been resurrected and the crew has made a success out of Frayser Boy and Lil’ Wyte. Despite these steps forward, the general consensus of long time fans has been that the Mafia just isn’t a mafia anymore. It is the don and his consigliere left as the last men standing trying to keep the family afloat. Things are not always as they seem, and in this case DJ Paul shows us that the Mafia is stronger than ever.

“Scale-A-Ton” is DJ Paul’s breakout as a solo star. Granted, the man has had undergrounds and his production made him a star a long time ago, but in any other year and at any other time a DJ Paul solo album would not be anticipated. This solo is different in two ways. The first is the production. Simply put, “Scale-A-Ton” is a throwback to old school Three Six Mafia. The production is darker than it has been in a long time and that is a good thing. Track after track, DJ Paul shows us that the sinister, evil, menacing Three Six Mafia sound never left, it just took a small break. “She Wanta Get High” is a lovely mix of high pitch synths that dance along the beat as a haunting female vocal sample brings the hook together. “Pop A Pill” exhibits the genius in DJ Paul’s production as he takes what would usually be a upbeat whistle sample and twists it into something darker and drearier than you would ever imagine. Basically, anyone fiending for that that old Three Six sound, you will find it on this album.

The second difference in DJ Paul’s solo album is the abundance of Lord Infamous. The Scarecrow is featured on no less than 8 tracks on this album and he makes the most out of each appearance. Paul holds down the album the best he can, but the inclusion of Lord Infamous is a definitely plus. Lord Infamous brings a nice change of pace into the mix as his style is much different than Paul. While Paul is content with a straight forward flow, Infamous brings a more melodic and mystical flow that goes perfectly with the production. Even at times when Infamous isn’t necessarily bringing better lyrics than DJ Paul, he delivers them in a much more interesting manner so he keeps things fresh. To his credit, Paul does his best to keep things varied lyrically on the album, though his tendency is the brasher, trash talking side of gangsta rap.

“Scale-A-Ton” is far from competing with the Three Six Mafia’s best on an overall level. Lyrically, DJ Paul might be the worst member outside of Crunchy Black so don’t expect anything too deep there. His voice and delivery help overcome some of the deficiencies, but it can only carry him so much. Looking at the production alone, this album definitely gives the Three Six Mafia catalog a run for its money. If it were a few tracks shorter and some of the repetitiveness was cut out it’d be even better. At 20 tracks deep, by the time you get to “Internet Whore” and “I’m Drunk” you see the imperfections clearer, but even so this is a great album for those who appreciate the production and can do with a little ignorance here and there.