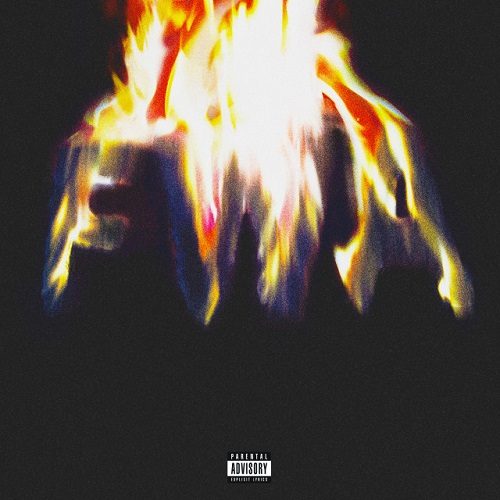 I lost patience with Tunechi after “I Am Not a Human Being II.” It’s not as though Dwayne Carter isn’t everything we already said he was on “Tha Carter III” and “Tha Carter IV” and couldn’t be that again, it just feels like he doesn’t WANT to be. Ever since 2013 he seems to be literally “coasting” as though he’s on his favorite skateboard, kick pushing his way through hip-hop, with a loyal fanbase ready to roll him along if he slows down too much. To be fair though one can argue that the reason for Weezy not giving his full effort was his immense dissatisfaction with Cash Money Records, a label he bluntly referred to as holding him “prisoner.” Do inmates put in their full effort when there’s nothing to be gained from it but staring at the same cell bars every day? No.

“I sold my soul to the Devil, he bought it and then exchanged it.” – “My Heart Races On”

The “Free Weezy Album” is a double entendre of high irony given that he released it on TIDAL, the only streaming music service that DOESN’T offer a free subscription model supported by advertising. On the other hand if he’s managed to grab the key and unlock his cell, he may be the “free” Weezy he’s been trying to be for a while now. The other interpretation is that Tunechi is actually making a request – he WANTS to be free and he wants you the listener to campaign for his freedom. I suspect as long as we see “Young Money” as an imprint on his album releases he’s not truly “free” since that’s a Cash Money subsidiary, so even if he’s free of the musical interference of Birdman and his cohorts on this album, he’s still paying the man who holds the key to his freedom a share of his profits. I guess you could say the “Free Weezy” is actually just “Out On Bail Weezy.”

Lil Wayne definitely seems to be having more fun these days. “Free Weezy Album” feels looser and more relaxed. The T@/Infamous produced “Living Right” with Wiz Khalifa finds Tunechi rap-singing his way through the lyrics in long bursts of vocals that make you wonder when he actually has the time or opportunity to draw a breath. Reefa’s “Murda” pairs Weezy up with Capo, Cory Gunz and the dancehall stylings of Junior Reid, and you’d swear he’s talking about Agents of Shield when he says “bad b#%#hes in flower dresses with tight p#%$@ies.” I’m not sure if Ruth Negga would be flattered or offended. Cool & Dre deliver their trademark smooth backdrop on “Pick Up Your Heart,” and with a radio edit (for both length and language) it could be a future single. The present single is “Glory.”

That’s not to say Tunechi isn’t still coasting at times. “London Roads” is inoffensive, but lyrics like “Got money on my mind/and bodies on my nine/and that’s why every day I’m on my Ariane Grande” aren’t as clever as he thinks. Since he’s in his 30’s now and the “Lil” moniker is a holdover to his days as one of the youngest members of the then-fledgling Cash Money empire, he could rap like somebody who has more going on in his life than buying expensive cars and showing them off. His Young Money should actually be old money by now. “I’ve got coke under my nails/I’ve got niggaz takin them L’s/Nigga, we don’t need no scale/I’m sick with it, no get well” boasts Weezy on “Pull Up.” I could buy into this more if Wayne was painting a cinematic picture with his narrative, pulling us into his hip-hop movie to experience, but he’s just bragging and boasting. “If you want beef, nigga I’m a butcher/My niggaz wanna eat? Nigga I’ma cook it.”

My opinion of “Free Weezy Album” is on the whole decidedly mixed. Weezy still has his swagger, and with a little more effort he could add some substance to go along with it. He’s more content to be a “Psycho” though, and it’s a fun track to be sure – thumping beat from Infamous, Leah Hayes crooning on the hooks, and old school “I don’t know karate but I know ka-razy” references all worked in. He rapid fires his way through the bars in mixture of singing and spitting that in recent years has been successfully copied and reinvented by the likes of Future, which means even when it works Tunechi shouldn’t just rest on his laurels. “I thought I was different/I thought I was pimpin’.” At one time Dwayne Carter was – but if he’s truly “Free,” then he should start pushing the boundaries again instead of fading into the cut.